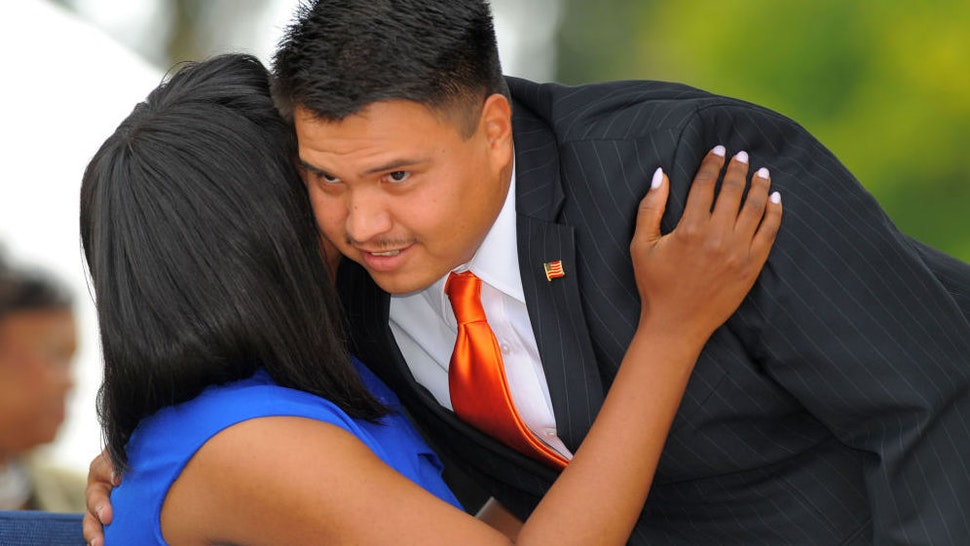 Galvan, who unsuccessfully ran for the California State Senate District 35 as a Democrat in 2016, won the city councilman spot in a tight election over challenger Andre Spicer by a single vote: 855 to 854.

Dawson is charged with trying to bribe a registrar employee on election night as the employee was counting ballots.

“While we do not have all of the details regarding the charges brought against Councilman Galvan, the City takes any charges of elections fraud extremely seriously,” said Compton Mayor Emma Sharif.

As noted by CBS Los Angeles, “Four others were also charged in the case – 34-year-old Toni Morris, 48-year-old Kimberly Chaouch, 61-year-old Barry Reed, and 51-year-old Reginald Streeter all allegedly registered to vote at Dawson’s address in Compton, even though they didn’t live there. All four are charged with voting illegally in the election.”

Both Galvan and Dawson have pleaded not guilty to the charges. They are scheduled to return to court on September 17. The four others charged will be arraigned at a later date, according to the District Attorney’s Office, CBS Los Angeles noted.

Advertisement. Scroll to continue reading.
In this article:Featured, Politics