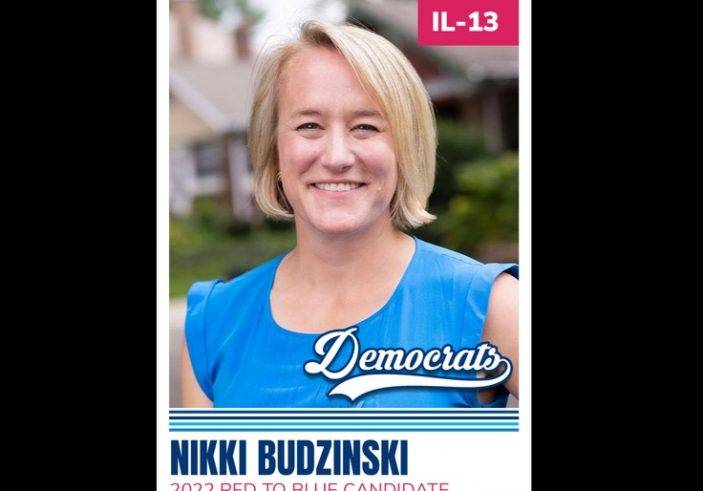 As a federal official, Nikki Budzinski helped the Biden administration cancel the Keystone XL pipeline. Now, the Illinois Democrat is running for Congress with a promise to reduce America’s “dependence on foreign energy.”

Budzinski joined the Biden administration in January 2021, when President Joe Biden shut down Keystone—which would have transported hundreds of thousands of barrels of oil per day from Canada to the United States—via executive order. As chief of staff in the Office of Management and Budget, Budzinski was tasked with overseeing the implementation of Biden’s executive orders.

Just months after Budzinski helped carry out the Biden administration’s move to cancel Keystone, the Democrat launched a congressional campaign in Illinois’s 13th district. Included among Budzinski’s policy positions is a pledge to reduce “our dependence on foreign energy from unstable regimes around the world.” Energy experts, however, contend that halting Keystone had the opposite effect. Power the Future executive director Daniel Turner admonished Budzinski for her role in shuttering Keystone, a decision that he called “dangerous for our national security survival.”

“This politician’s actions made America weaker and poorer, enriched Vladimir Putin, and canceled tens of thousands of jobs,” Turner told the Washington Free Beacon. “Budzinski is going to run for office telling the voters what she hopes to accomplish. But voters need to know what she actually did accomplish, and that is a weaker, poorer America—period.”

Republicans for months have emphasized the need to ramp up American energy production in an attempt to counter rising gas prices under Biden. But Russia’s invasion of Ukraine has only exacerbated the problem and added new relevance to the Republican push for U.S. energy independence. Last week, gas prices hit an all-time high as Biden announced a ban on Russian oil and gas imports. The United States imported about 672,000 barrels of oil a day from Russia last year—Keystone would have been capable of delivering roughly 150,000 barrels more per day.

Biden has attempted to use Russia’s invasion to blame sky-high gas prices on Putin—the president last week called the rising cost of gas “Putin’s price hike.” But Democrats for months have worked to decrease American oil production due to climate change. In October, for example, House Oversight and Reform Committee Democrats urged top oil CEOs to explain how they were moving to produce less oil and gas. The hearing came as gas prices neared a 10-year high.

Budzinski has also stressed the need to wind down U.S. oil and gas production in favor of a “transition to clean, renewable energy like wind and solar instead of fossil fuels.” The Democrat claims that such a transition would allow the United States to achieve energy independence. Biden’s own Department of Energy, however, disputed that assertion in a February report, which found that China controls “97 percent of the world’s production of silicon wafers” used in solar panels, “roughly 80 percent of rare earths production and refining” used in wind turbines, and “61 percent of global lithium refining key for battery storage and electric vehicles.”

“Politicians running in the Democrat Party keep emphasizing they don’t want to be dependent on foreign energy, but going green makes us completely dependent on China,” Turner said. “So it’s not a solution to go green—it only introduces a whole host of more serious, more complicated, and more expensive problems.”

Prior to her role in the Biden administration, Budzinski served as labor outreach director for Hillary Clinton’s failed 2016 presidential campaign. At the time, Budzinski advised Clinton not to take credit for “encouraging” then-president Barack Obama to reject Keystone, warning that the move could jeopardize support from labor unions. The Laborers’ International Union of North America, which endorsed Biden in 2020, criticized the president for canceling Keystone, noting that the move killed “thousands of good-paying union jobs.”

Budzinski is a recent addition to the Democratic Congressional Campaign Committee’s “Red to Blue” list, a “highly competitive” program that “arms top-tier candidates who have the best chance to flip seats from Republican to Democrat.” But Budzinski will not face GOP incumbent Rodney Davis in November—after Democrats carved some Republican areas out of Illinois’s 13th district, Davis instead opted to run in the newly drawn 15th district. Budzinski’s potential Republican opponents include former federal prosecutor Jesse Reising and small business owner Regan Deering. 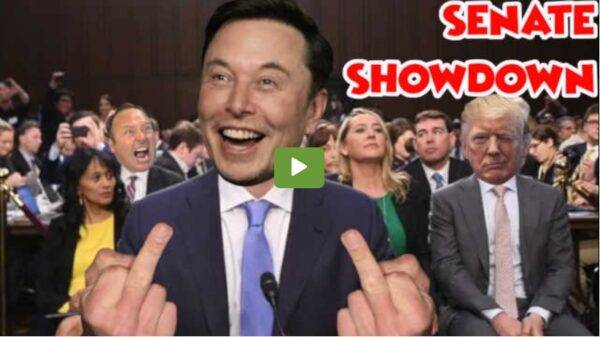