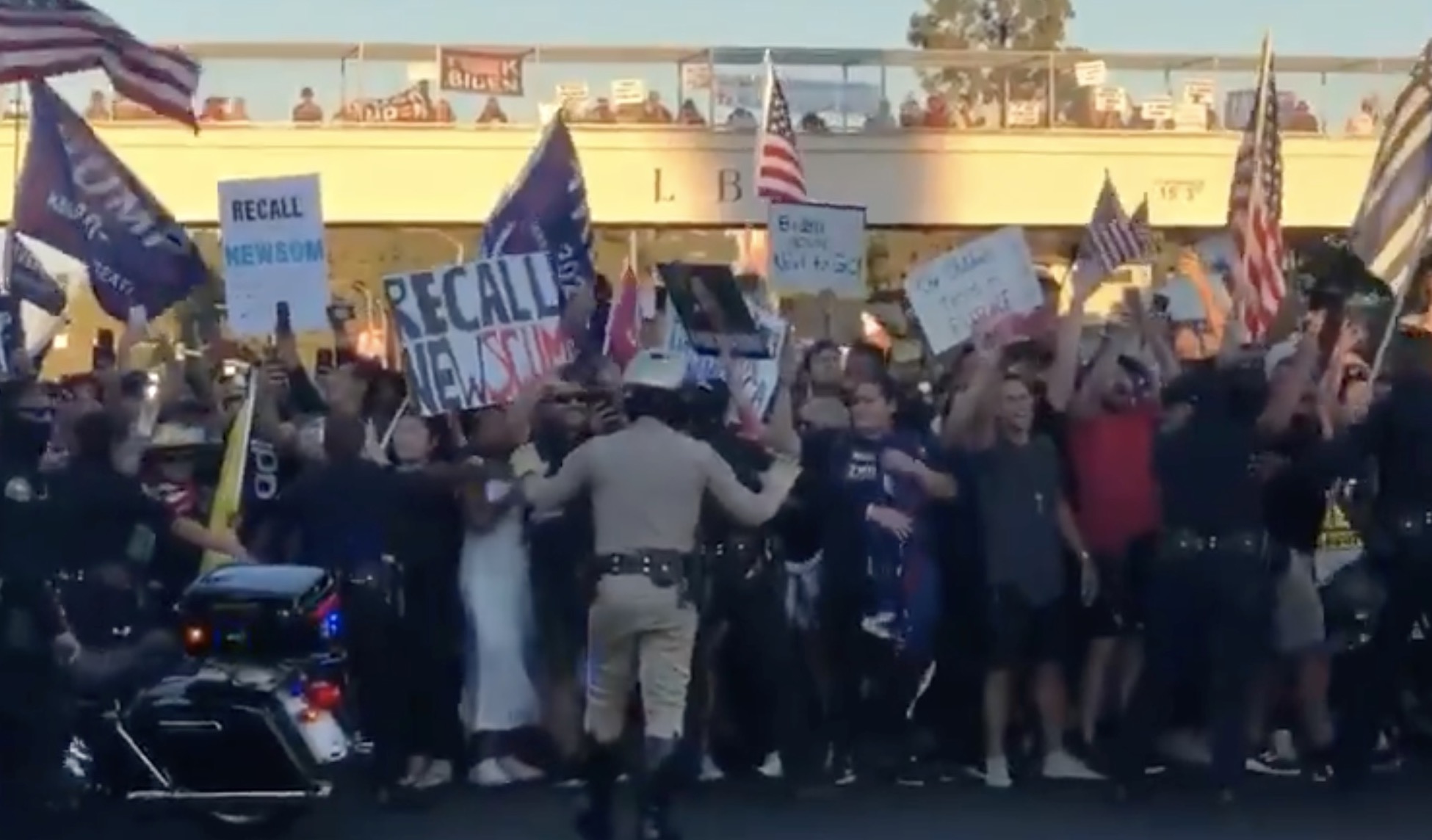 A video of Joe Biden getting booed is going viral.

Investigative reporter Drew Hernandez shared the video to Twitter and it’s been “liked” over 15,000 times.

Biden was making a stop to campaign for California Governor Gavin Newsom.

LONG BEACH CA: Counter protesters have arrived to protest the arrival of Biden and Newsom at the Long Beach City College @RealAmVoice pic.twitter.com/UHTY28dBxe

In another video posted to Twitter, Hernandez explains that an “Asian man” was saying, “Send Joe Biden to China”:

In his speech to Newsom supporters, Biden resorted to the usual fearmongering.

“I’m gonna make this as simple as I can,” Biden said, “You either keep Gavin Newsom as your governor or you’ll get Donald Trump. It’s not a joke.”

Biden’s warning of Trump’s return is likely music to the ears of a growing number of Americans who have already grown weary of his dictatorial style of governance, the implosion of the nation’s economy since he took office, the disastrous withdrawal from Afghanistan after he surrendered to the terrorists and the coming vaccine mandates that were announced last week…

Biden’s handlers made sure that after he stumped for Newsom that there wouldn’t be more video of protests of real Americans exercising their right to peacefully protest, as the motorcade took a different route on the way out.

Dozens of videos have surfaced that show fans chanting “F*** Joe Biden” during games around the country.

Some teams started playing their first games of the season this past week.

Daily Caller confirms that “during at least four major matchups, including two SEC games, fans sounded off with the chant.”

Were college football fans on a roll this weekend or were they on a roll? After most of the fans were kept out of stadiums in 2020, millions showed up in full force for week one with energy unlike anything I’ve seen before.

Even outside of the anti-Biden chants, stadiums were on fire. Whether it was Madison or Blacksburg, a clear message was sent to America that days of staying inside forever are long gone.

While I definitely don’t endorse foul language in front of children, I’d be lying if I said it wasn’t great to see college football fans getting wild again.

That’s the kind of energy America needs, and I would say the same thing if they were chanting against any other President.

Viewer discretion advised: The following videos contain foul language that may not be appropriate for all readers.

A third FUCK JOE BIDEN 🗣 chant from this weekend 😂😂😂 this time at Auburn @OldrowAuburn pic.twitter.com/mBGA64FUwA