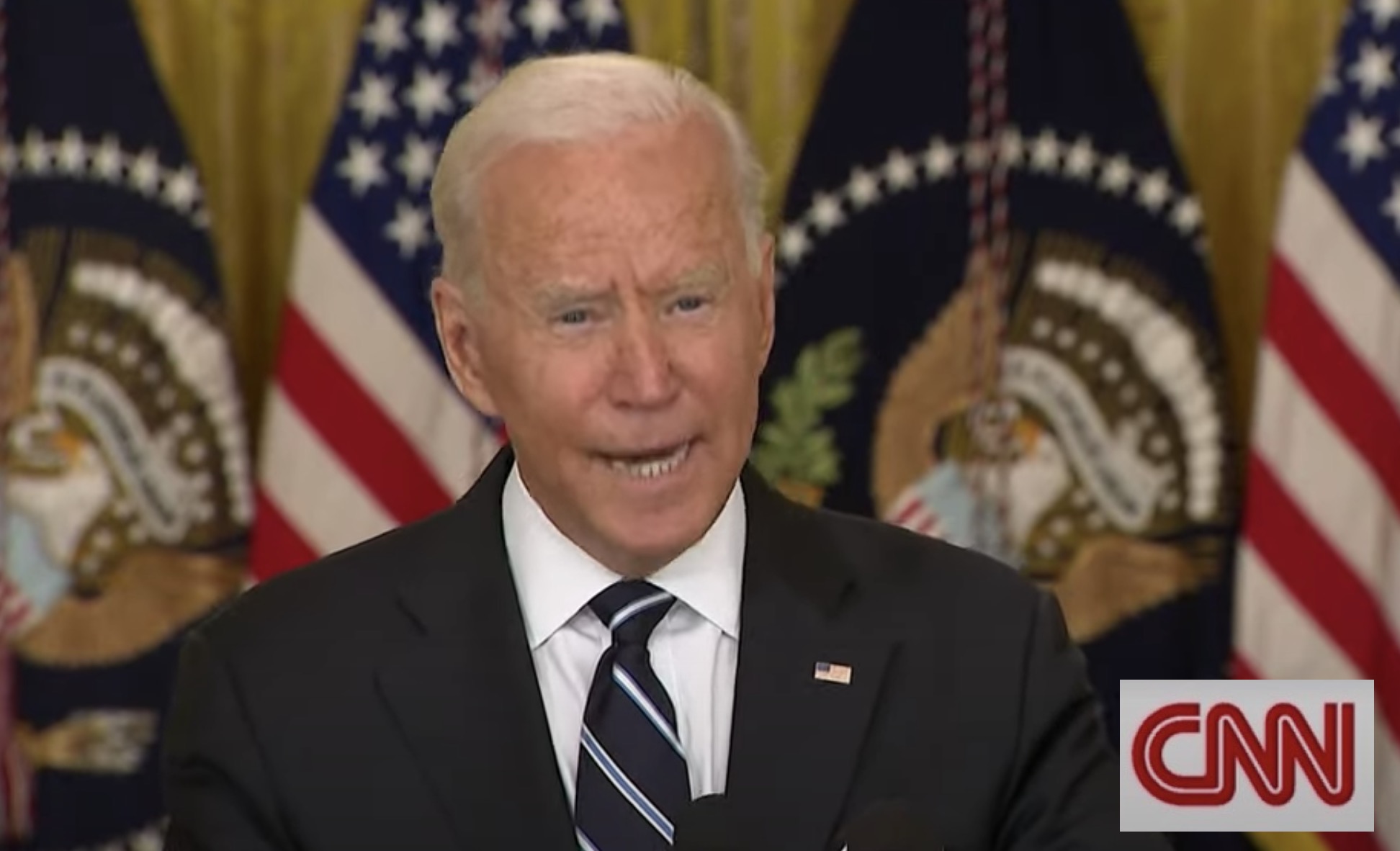 Joe Biden’s incompetency — or, as Trump says, his “stupidity” — continues to reach further depths than we thought possible.

In one cruel comment, Biden brushed off the deaths of people who clung to a jet plane to face certain death. Biden’s response to the train wreck in Afghanistan has been remarkably callous.

Cutting him off, Biden responded, “That was four days ago — five days ago.”

At least 12 people at the Hamid Karzai International Airport in Kabul have died since the Taliban takeover began, Reuters reported.

Now we are beginning to learn who they were, including one young man who was just 17 years old. His body was recovered without legs or arms, but his family was able to identify him, according to VICE news.

Now Biden has been caught in a major lie.

Biden claimed there were no deaths during the chaotic withdrawal.

During the same interview with ABC, Stephanopoulos said, “There’s still a lot of pandemonium outside the airport” in Kabul.

Biden naively responded, “Well there is, but look, but no one’s being killed right now.”

“God forgive me if I’m wrong about that,” Biden said, “but no one’s being killed right now.”

Biden is “combative and delusional,” Townhall’s Nick Arama writes. He is both incompetent and a liar; he is lying directly to the American people.

Now even CNN is taking note of Biden’s lies.

“A lot of people outside that airport…would like to know: If this isn’t failure, what does failure look like exactly?”

Watch the clip of CNN’s Ward:

CNN reporter responds to Biden saying Afghanistan withdrawal was not a “failure.”

“A lot of people outside that airport…would like to know: If this isn’t failure, what does failure look like exactly?” pic.twitter.com/SHaT9ePoJs

Footage and photos have also shown babies being tossed over the walls to the waiting U.S. and U.K. military to save them.

“The mothers were desperate, they were getting beaten by the Taliban. They shouted, ‘Save my baby!’ and threw the babies at us. Some of the babies fell on the barbed wire,” a Parachute Regiment officer told the UK’s Independent.

NOW on the way to the entrance to #kabul airport.. humanitarian disaster @BorisJohnson @DominicRaab @ZacGoldsmith @POTUS @JoeBiden @cnnbrk @FoxNews @USEmbassyKabul @10DowningStreet @SkyNews @TheSun @BWallaceMP @SecDef @tariqahmadbt @nadams You MUST get a grip of this. NOW pic.twitter.com/KMQcPnrYQz

People are so desperate to escape the #Taliban that they’re passing babies and kids forward to the gate at #Kabul airport. #kabulairport #AfghanEvac pic.twitter.com/6NSlIffrD1