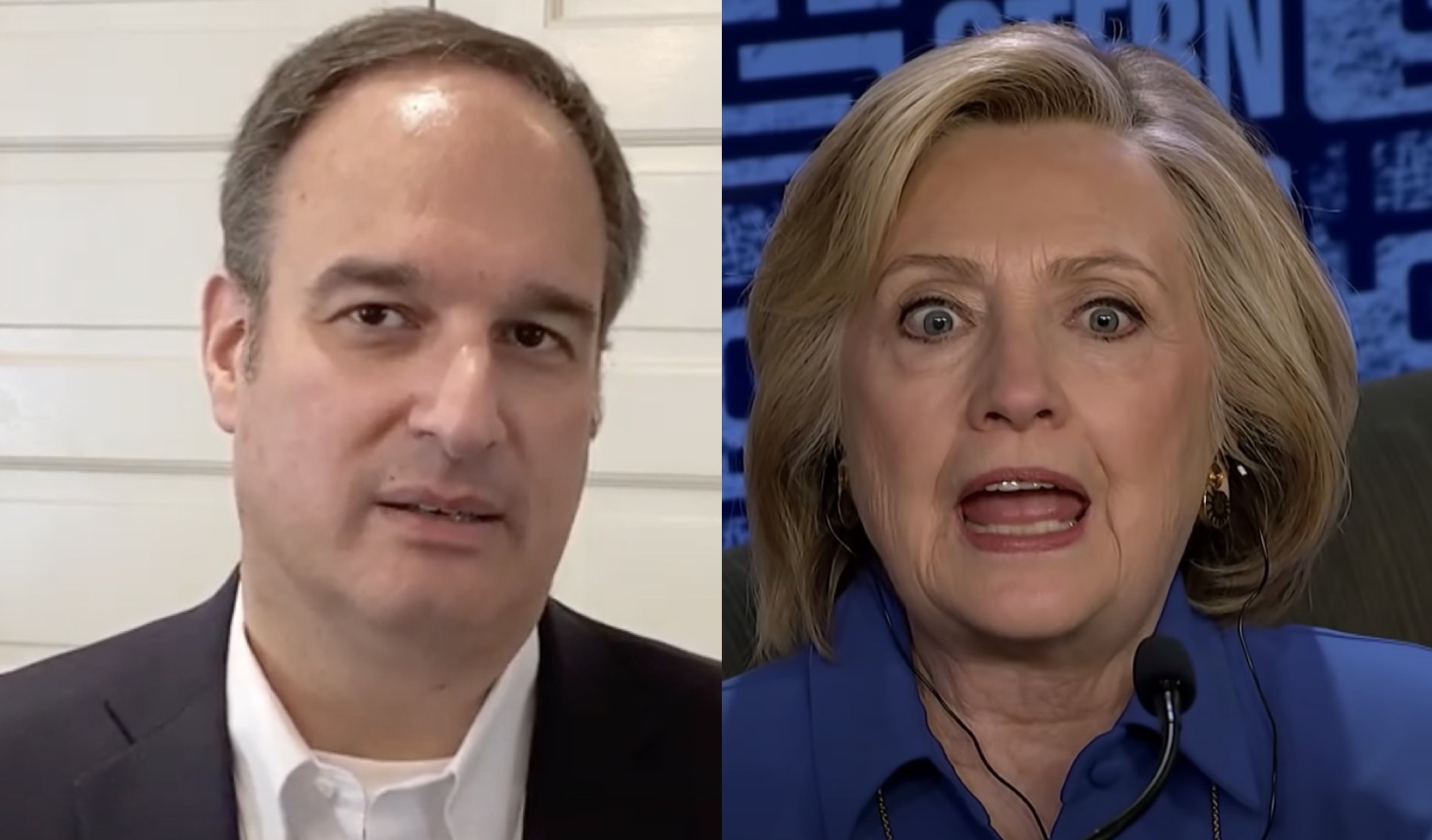 The Clintons’ lies are coming back to haunt them.

57-year-old Sussman advised Hillary Clinton during her 2016 presidential campaign, according to CNBC.

Sussmann has been indicted by the FBI for allegedly offering a fake tip to undermine Donald Trump.

While working at a law firm called Perkins Coie, Sussmann allegedly made an astonishing claim to the FBI.

In 2016, Sussman allegedly told the FBI there was a secret electronic channel between former President Donald Trump’s company and a Russian bank.

The dirty tactics of Hillary Clinton are finally coming to light.

If you remember, special counsel John Durham launched an investigation into the origins of the sham pushed by Democrats about Trump allegedly colluding with Russian operators in order to win the election.

It was all a lie, of course.

There was no coordination between Russia and the Trump campaign during the 2016 election.

However, this charge against Sussmann was filed as a result of this probe.

Durham’s office said, “In fact, Sussmann assembled and conveyed the allegations to the FBI on behalf of at least two clients, including a U.S. technology executive and the Clinton Presidential Campaign.”

“The technology executive, for his part, exploited his access to non-public data at multiple internet companies and enlisted the assistance of researchers at a U.S.-based university who were receiving and analyzing internet data in connection with a pending federal government cybersecurity research contract designed to identify the perpetrators of malicious cyber-attacks and protect U.S. national security,” Durham’s office said.

Sussmann is due to appear in court as soon as Friday.

Who else needs to be held accountable for pushing this sham and wasting million of American taxpayer dollars?

Sussmann, a 57-year-old former federal prosecutor, has reportedly denied working for the Clinton campaign. He is accused in the indictment of lying to the FBI’s general counsel during a September 2016 meeting by falsely stating he was not representing any legal client as he relayed the information about a possible electronic link between the Trump Organization and the Alfa Bank…

The indictment says that beginning in July 2016, Sussmann worked with the tech executive, other cyber-researchers, and an American investigative firm to assemble data and documents that Sussman later gave the FBI and media.

The indictment charges that those researchers mined that data “to establish ‘an inference’ and ‘narrative’ that would tie then-presidential candidate Donald Trump to Russia, and which the executive believed would please certain ‘VIPs,’” Durham’s office said.

Sussmann, his law firm and the technology executive also allegedly coordinated with members of Clinton’s campaign in those efforts, according to the indictment.

Durham’s office noted in its statement that after getting Sussmann’s tip, “The FBI ultimately determined that there was insufficient evidence to support the allegations of a secret communications channel between the Trump Organization and the Russia-based bank.”