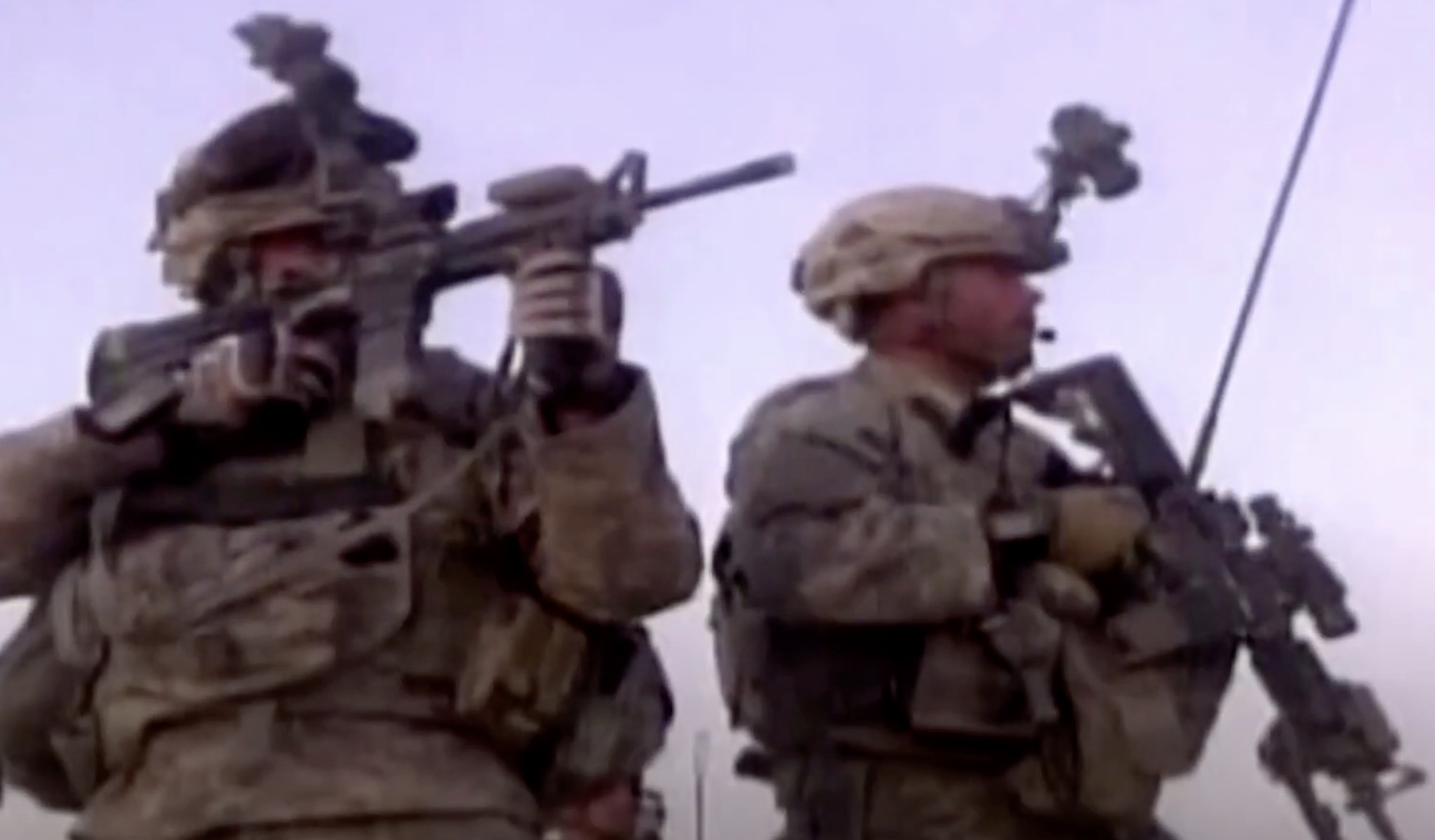 U.S. troops were in a firefight at Afghanistan’s main airport, reports say.

The incident started when a sniper, presumably part of the Taliban, began shooting at Afghan guards inside the airport.

The Taliban is reportedly setting up checkpoints and beating anyone traveling to the airport to escape.

At least one Afghan guard was killed and several others were injured.

The NY Post reports, “The latest fatality at the troubled airport came just before 4:15 a.m. as Afghan security forces helping secure the base exchanged fire with the unidentified attackers, the German military said on Twitter.”

According to CNN, Afghan guards inside the airport were fired on by an outside sniper and then returned fire.

“There was a gun battle at the North Gate that night,” reads the post by the German military. “American and German forces were involved. All soldiers of the #Bundeswehr are uninjured, one Afghan security force was killed, 3 others were injured.”

Joe Biden said on Sunday, “Let me be clear, the evacuation of thousands of people from Kabul is going to be hard and painful, no matter when it started or when we began. Would have been true if we had started a month ago or a month from now.”

Biden continued, “There is no way to evacuate this many people without pain and loss and the heartbreaking images you see on television. It’s just a fact. My heart aches for those people you see. We are proving that we can move, though, thousands of people a day out of Kabul.”

The U.S. military and NATO did not immediately acknowledge the shooting. There was no comment from the Taliban.

The Taliban seized power a week ago as the U.S. withdrew troops after a 20-year war launched after the Sept. 11, 2001, terrorist attacks on America. President Joe Biden on Sunday said there is still much to do to withdraw all troops by Aug. 31, the deadline Biden set…

The Taliban on Monday gave Biden orders, telling him to have all U.S. troops out of by the end of the month. The group warned Biden that if he misses the deadline, that will “provoke a reaction” and draw “consequences.”

“There are discussions going on among us and the military about extending,” Biden said during a White House press conference. “Our hope is we will not have to extend. But there are going to be discussions, I suspect, on how far along we are in the process.”

Suhail Shaheen, a Taliban spokesman, told Sky News: “It’s a red line. President Biden announced that on 31 August they would withdraw all their military forces. So if they extend it that means they are extending occupation while there is no need for that. If the US or UK were to seek additional time to continue evacuations – the answer is no. Or there would be consequences. It will create mistrust between us. If they are intent on continuing the occupation it will provoke a reaction.”

This isn’t the first time that U.S. troops were under fire at the airport.