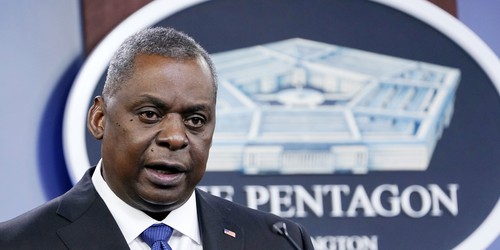 The U.S. military issued a statement Sunday evening after reports came out that multiple members of a family, including children, were killed in the U.S.’s drone strike in Kabul meant to stop an ISIS-K plot against the Hamid Karzai International Airport.

“We are aware of reports of civilian casualties following our strike on a vehicle in Kabul today,” U.S. Central Command said in a statement. “We are still assessing the results of this strike, which we know disrupted an imminent ISIS-K threat to the airport. We know that there were substantial and powerful subsequent explosions resulting from the destruction of the vehicle, indicating a large amount of explosive material inside that may have caused additional casualties.”

CNN reported earlier in the day that nine members of a family died in the U.S. drone strike, which targeted a vehicle in a residential neighborhood. Six of those family members were children—the youngest was 2.

“Nine members of one family — including six children (youngest of them 2-years old) — were killed in a US drone strike targeting a vehicle in a residential neighborhood of Kabul, a relative of the dead told a local journalist working with CNN.”https://t.co/gPezzMWr3t — Mujib Mashal (@MujMash)

“It is unclear what may have happened, and we are investigating further,” the CENTCOM statement added. “We would be deeply saddened by any potential loss of innocent life.”