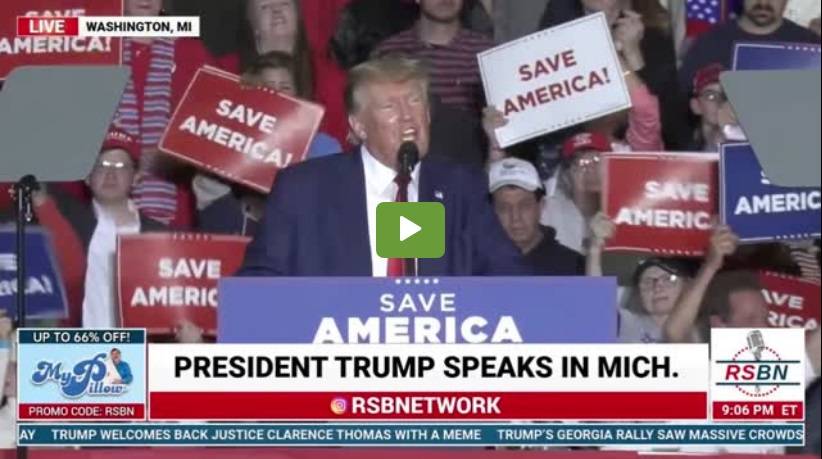 Well unfortunately 2024 Will be way too late for you to run. Our country will be destroyed by then.

Sorry to say that you very well may be correct.. This communist shit has to stop NOW!!! This nation has to elect enough republicans to over ride everything these commies bastards are doing for the next two years. I understand that some republican are just as bad but with overwhelming numbers we can hopefully force the rhinos to comply!!!;

That’s why they are rushing to get 2 radical Supreme Court Judges. And to do as much damage as they can before we flip them in November;

Honestly, from what we are seeing, I have doubts that we will reach November, even if we do, and elections are allowed, we have done NOTHING to remedy the theft of elections, as proven in the Newsom recall and the Murphy, New Jersy elections, both mirroring the 2020 theft!;

Trump 2020.5 , Trump DeSantis 2024, DeSantis 2028. As they have done from the beginning they’re dragging their feet on Hunter’s laptop that gives so much proof the election was stolen;

The next three years will permanently change the world. Trump scares the shit out of the radical left and the elitists NWO. How will this epic story turn out? I don’t know but I do know that I will be praying that evil be vanquished. Will the left go peacefully? Not a chance…..;

I want to see you made speaker of the house. Impeach Boris, Natasha and the wicked witch of the woke. Then take the Presidency back and run again in ’24: Viewers’ Comments.