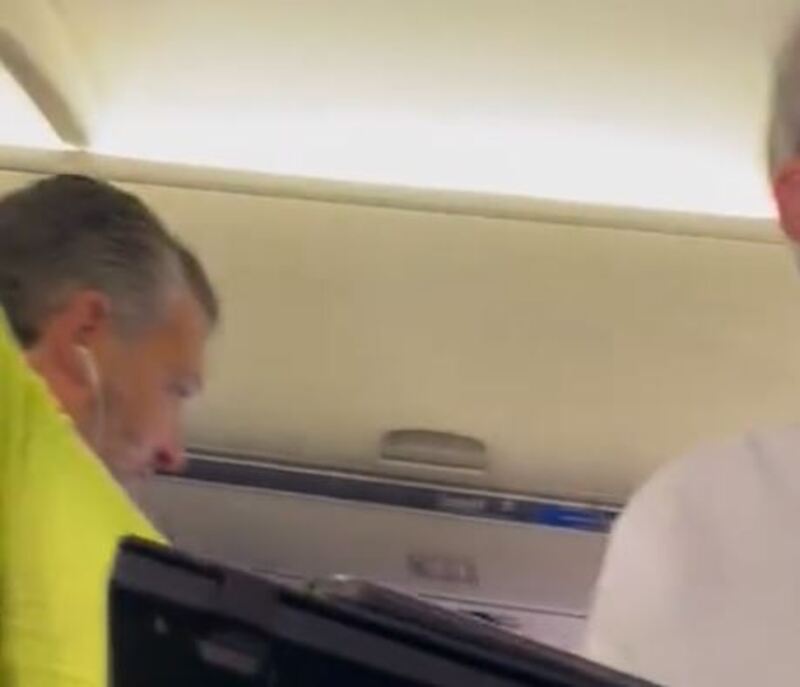 Sen. Ted Cruz (R-Texas) was confronted on board an airplane Thursday by a fellow traveler over gun legislation and school safety policies, which led the senator to end up calling him a “partisan.”

A Sept. 15 Twitter video recorded and posted by the passenger shows the Texas Republican lawmaker was collecting his coat and luggage after the flight landed in Houston, when the man joked about his journey.

“We’re in Houston? I thought we were going to Cancun,” a male voice first appears in the video, referencing the Mexico trip Cruz took last February while many Texas residents grappled with power outages under severe weather.

The person soon caught the attention of the senator by raising up the mass school shooting in Uvalde during the mid-day on May 24, when an 18-year-old shooter killed 19 students and two teachers. “Senator, thank you for everything you’ve done since Uvalde. All those podcast episodes must have raised a lot of money for you.”

He then criticized Cruz for pushing against a bill that would tighten gun laws, which passed through the House and Senate and was signed into law by President Joe Biden in June.

Cruz responded by pointing out that Senate Democrats on Wednesday blocked his proposed Securing Our Schools Act (pdf) that would have doubled the number of police officers in public, charter, and private schools, strengthen physical security measures such as alarm systems and locks, and put thousands of mental health professionals in public schools.

Sen. Chris Murphy (D-Conn.) objected to passing the bill on the Senate floor on Sept. 14, accusing Cruz of pushing “theater,” along with another bill (pdf) from Cruz that would have allowed schools to use unspent education-related COVID-19 funding to improve school security…. (Read more)