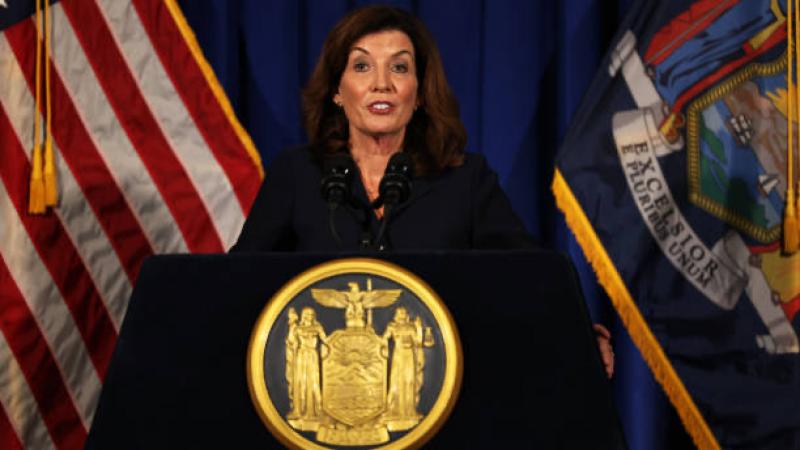 Cuomo will officially hand over power during a midnight transfer heading into Tuesday.

New York Democratic Gov. Andrew Cuomo will on Monday serve his final day as governor, a position he had held for close to a decade.

On Monday night, during a midnight power transfer, the disgraced governor will relinquish power to Lt. Gov. Kathy Hochul, who will be sworn in as the state’s first female governor.

Cuomo announced roughly two weeks ago that he would resign, rather than confront a likely impeachment battle over allegations that he’s sexually harassed at least 11 women, allegations for which Attorney General Letitia James concluded there was credible evidence.

The governor has long denied the accusations, calling them “unfair” and “untruthful,” but said he wouldn’t allow the state’s politicians to become distracted by an impeachment trial that he likely would not win.

Cuomo was additionally facing a legislative investigation into the circumstances surrounding the thousands of senior citizens who died during the first months of the pandemic as the result of his nursing home memo.

It is unclear exactly where the soon-to-be ex-governor will head after leaving the Executive Mansion, though he said in a recent interview that he’s “not disappearing.”

Hochul, also a Democrat, will need to rapidly assemble her own team of aides and advisers who will help her govern the state for the next 16 months. “I have a different approach to governing,” said Hochul last week, “I get the job done because I don’t have time for distractions, particularly coming into this position.”

Hochul has already declared her intent to run for a full four-year term in 2022.