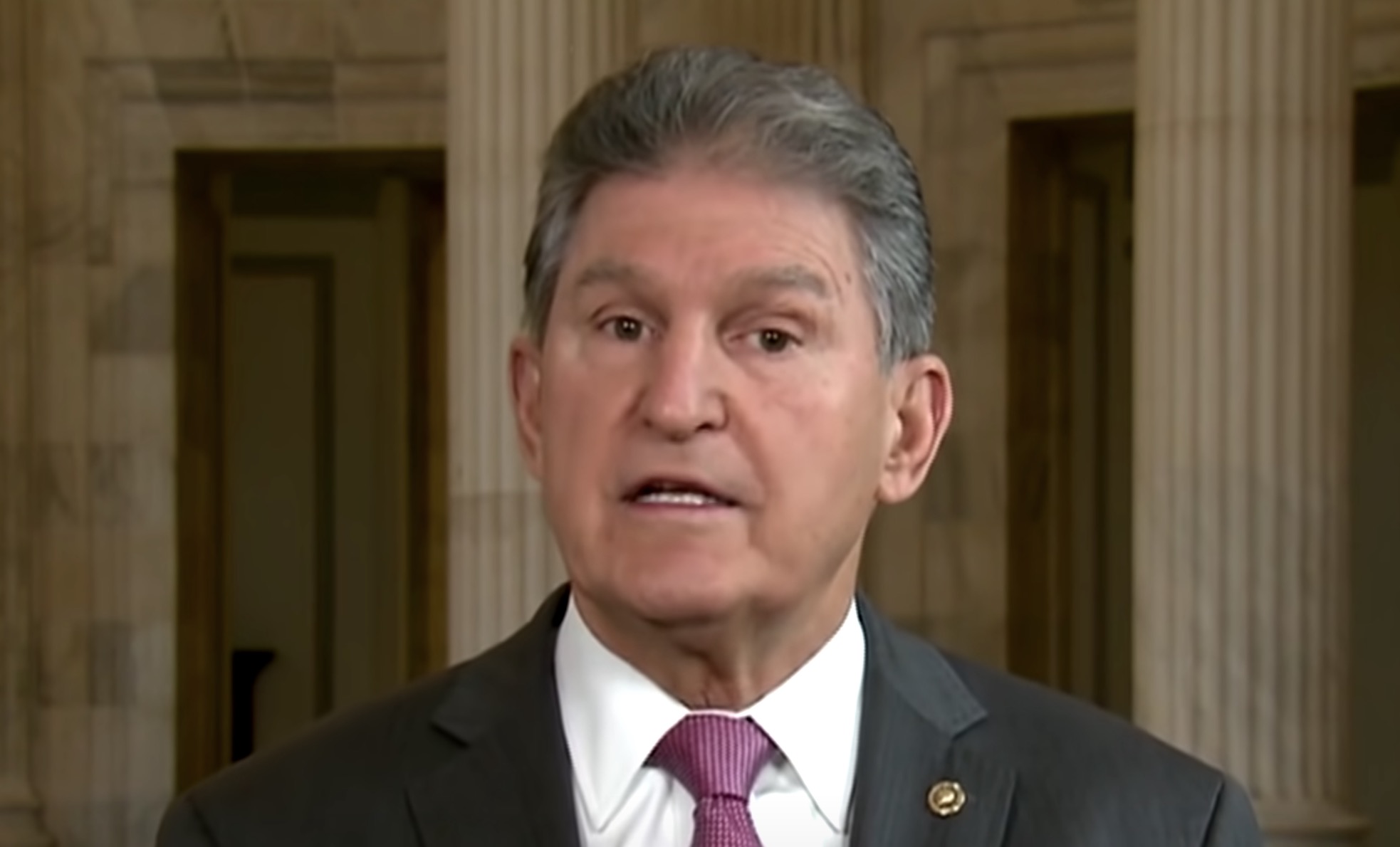 A senator in their own party — Joe Manchin of West Virginia — refuses to sign the Democrats’ $3.5 trillion “infrastructure” bill.

Manchin explained that the national debt is currently $28.7 trillion.

Congress has already authorized more than $5 trillion in COVID-19-related spending in the past 18 months.

“An overheating economy has imposed a costly ‘inflation tax’ on every middle- and working-class American,” he argued.

Manchin wrote in The Wall Street Journal, “[S]ome in Congress have a strange belief there is an infinite supply of money to deal with any current or future crisis, and that spending trillions upon trillions will have no negative consequence for the future. I disagree.”

“Now Democratic congressional leaders propose to pass the largest single spending bill in history with no regard to rising inflation, crippling debt or the inevitability of future crises.”

“A pause is warranted because it will provide more clarity on the trajectory of the pandemic, and it will allow us to determine whether inflation is transitory or not,” he wrote.

“I, for one, won’t support a $3.5 trillion bill, or anywhere near that level of additional spending, without greater clarity about why Congress chooses to ignore the serious effects inflation and debt have on existing government programs,” the senator added.

Instead of rushing to spend trillions on new government programs and additional stimulus funding, Congress should hit a strategic pause on the budget-reconciliation legislation. Read my op-ed in @WSJopinion

Inflation hit an annual 5.4 percent rate in July, matching a 20-year high from the previous month. Gasoline prices, which are up $1 per gallon from last year, are a major contributor to the inflation spike.

The massive government spending is contributing to inflation partly because it is being funded by the Federal Reserve printing money.

Further, hundreds of billions of these dollars went right into Americans’ bank accounts through stimulus payments and enhanced unemployment benefits.

That money is then spent, and when too many dollars chase too few goods, you get inflation. Pretty basic stuff.

Manchin called for a “strategic pause” on any new entitlement government programs and additional stimulus spending.

To give some perspective, the entire revenues taken in by the federal government in fiscal year 2019, prior to the pandemic, equaled $3.5 trillion.