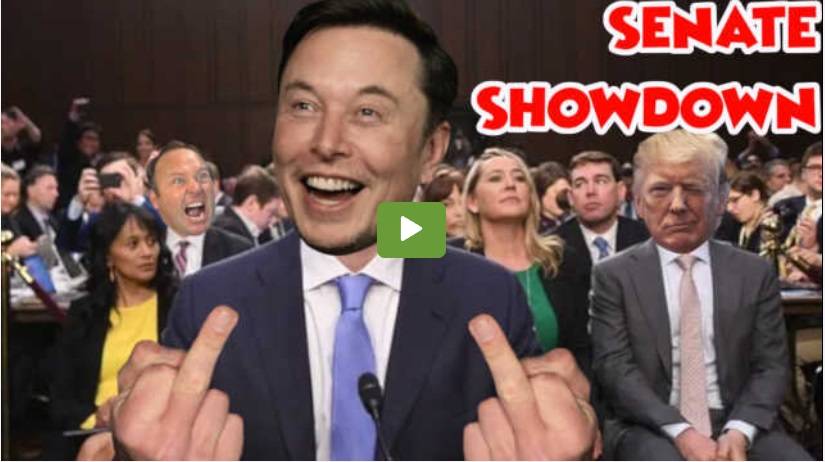 –Disclaimer–
These are the opinions and ramblings of a lunatic. They are for entertainment purposes only and are probably wrong. You listen at your own risk.

He could bring their own private tweets with him to the hearing …. hahah REEEEEEEEEEEEEE;

Restore everything and make everything public; a searchable database of every tweet ever;

Just remember: In 1967, Polish mercenary Rafal Ganowicz was asked what it felt like to take human life, “I wouldn’t know, I’ve only ever killed Communists.”;

They really need to be careful. Every time they do this crap, it backfires big time, against them! But, dems are really, really dumb;

Elon is a smart man. With a shitload of support for what he’s doing with Tweaker. What’s the senate going to do? Other than make themselves look like idiots yet again;

I don’t think these Democrat Congessmen are ready to deal with Musk. He will steamroll them. Point out their hypocrisy…and make them look like morons. Expose their Orwellianess. I mean seriously they just created a “Ministry of Truth” aka a Inquisitorial Squad…do they not think he’s going to point that out? 🤔 At this point any leftist who votes straight Democrat hates freedom and loves tyranny;

It really isn’t about freedom of speech so much, it’s about being able to keep their nefarious deeds out of the public square;

Anything we don’t must like must go to testimony in the Congress!! – Marxist democrats;

Elon needs to answer every question the same way Hillary did, “I don’t recall”, and they let her get away with that shit for everything, unfucking believable!!!;

I really hope that this actual happens and Musk delivers the receipts on Brandon and his fellow swamp creatures;

Since when has anyone had to explain themselves for buying into a company unless they were a member of congress or position in government that would be conflicting: Viewers’ Comments.