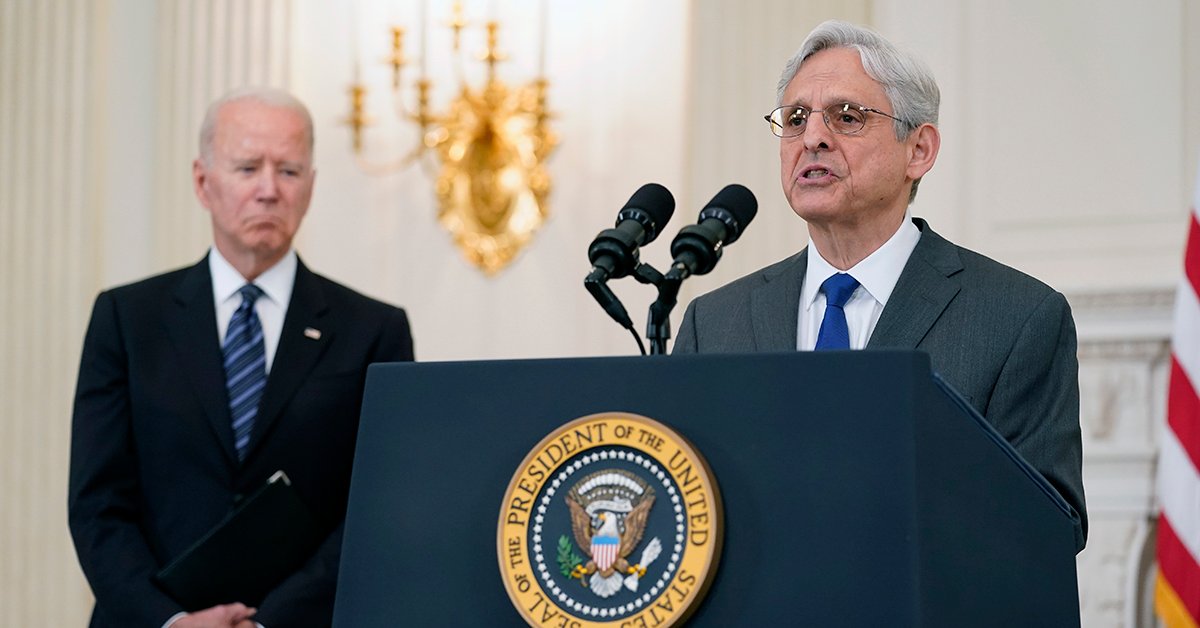 Joe Biden’s Justice Department has issued new guidance regarding the ongoing election audits, marking at least the second time the DOJ has poked its nose into the 2020 election audits.

The new guidance said that the DOJ “is committed to ensuring full compliance with all federal laws regarding elections. This includes those provisions of federal law that govern the retention and preservation of election records or that prohibit intimidation of, or interference with, any person’s right to vote or to serve as an election ofﬁcial.”

The document explains the Biden administration’s position on the ongoing, and possible future, audits, calling them “unusual” and “exceedingly rare.”

“In recent months, in a number of jurisdictions around the United States, an unusual second round of examinations have been conducted or proposed. These examinations would look at certain ballots, election records, and election systems used to conduct elections in 2020. These examinations, sometimes referred to as “audits,” are governed, in the ﬁrst instance, by state law. In some circumstances, the proposed examinations may comply with state law; in others, they will not. But regardless of the relevant state law, federal law imposes additional constraints with which every jurisdiction must comply. This document provides information about those federal constraints, which are enforced by the Department of Justice,” the guidance said.

“Where election records leave the control of elections officials, the systems for maintaining the security, integrity, and chain of custody of those records can easily be broken. Moreover, where elections records are no longer under the control of elections officials, this can lead to a significant risk of the records being lost, stolen, altered, compromised, or destroyed. This risk is exacerbated if the election records are given to private actors who have neither experience nor expertise in handling such records and who are unfamiliar with the obligations imposed by federal law,” it said, which is obviously a direct shot at the Maricopa County, Arizona audit.

The Arizona state Senate hired Cyber Ninjas, a company that has no previous experience in auditing elections, to investigate the 2020 election.

“The reason we’re issuing this as guidance is to tell jurisdictions, generally, that we are concerned that if they’re going to conduct these audits, so-called audits of the past election, they have to comply with federal law, and warning them that they can’t conduct these audits in a way that is going to intimidate voters,” an official for the Department of Justice said in a call regarding the guidance, CNN reported.

“This document sets down a marker that says the Justice Department is concerned about this and we will be following this closely,” they said.

In June Attorney General Merrick Garland announced that the Department of Justice would double the number of attorneys in its Civil Rights Division to protect the right to vote, he said.

“We are scrutinizing new laws that seek to curb voter access and where we see violations we will not hesitate to act,” the attorney general said. “We are also scrutinizing current laws and practices in order to determine whether they discredit against black voters and other voters of color. Particularly concerning with in this regard are several studies showing that in some jurisdictions nonwhite voters must wait in line substantially longer than white voters to cast their ballots.”

In this article:Doj, Featured, NEWS, Politics