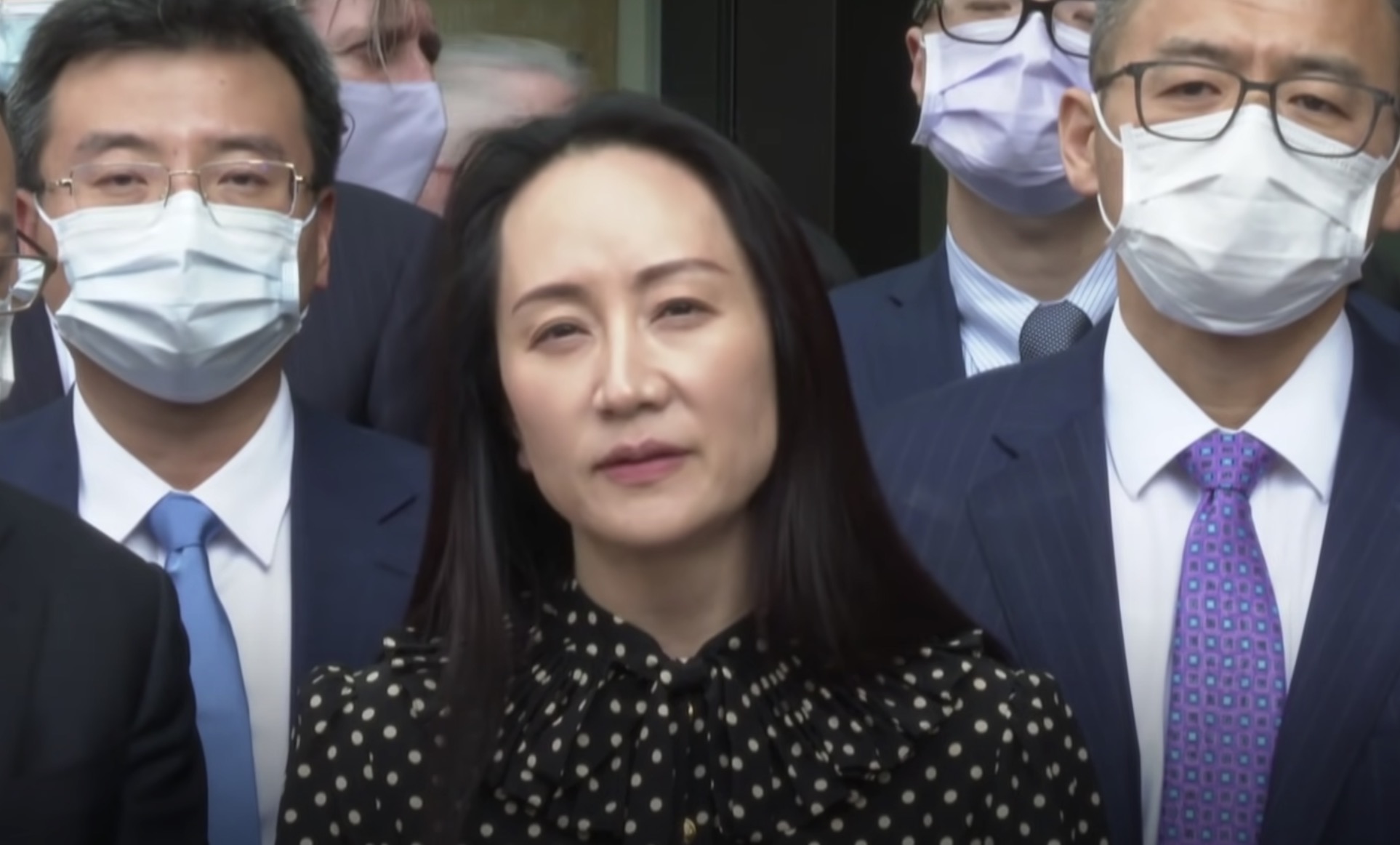 At the request of the Trump administration, Meng Wanzhou was arrested in 2018 in Canada.

Wanzhou was the chief financial officer of Huawei Technologies, which is China’s largest privately held company.

Huawei was the world’s largest maker of smartphones and a dominant leader in 5G networks. The Trump administration and other Western governments suspected Huawei was using its equipment to spy for China.

Wanzhou, the daughter of the founder, was indicted for her alleged involvement in the fraud and criminal activities of the Chinese company.

Under the Biden administration, the Justice Department is letting Wanzhou return to China.

“It might be a conciliatory move, but it might also reflect a corrupted president,” Fox News’ Michael Goodwin writes.

“That’s where Hunter Biden comes in, and he doesn’t come alone,” Goodwin continues.

“He brings with him lots of baggage and the whole Biden family, including President Joe, aka ‘the big guy,’” Goodwin says, referring to how Joe Biden is sometimes identified as “the big guy” in various secret correspondence.

“What if the real collusion is between Joe Biden and China?” Goodwin asks.

In a deal with a Chinese conglomerate put together by Hunter and Jim Biden, Joe’s brother, the Biden family was slated to get 10% of the venture.

According to a Senate investigation, although the venture with the Chinese conglomerate later collapsed, the Biden family still received $11 million from the Chinese executive involved.

“Did he ever get any money from Hunter’s decades-long business of selling access to his father?” Goodwin ponders.

Making matters worse, in addition to the $11 million wired to accounts controlled by Hunter, another $28 million came from the same Chinese executive and passed through Hunter’s bank accounts. Some of the money was passed on to Jim, who is the brother of Joe Biden.

All of this information came from the Senate probe, Fox News reports, which raise serious suspicions of money laundering.

And just so we don’t forget, the Chinese government is assumed to know everything about these deals because Hunter secured a $1.5 billion investment from a Chinese bank during a trip to Beijing with Father Joe in 2013.

These are legitimate questions. Consider that the evidence Joe was a secret partner of his son’s and brother’s scams all along is far more compelling than any evidence that Donald Trump colluded with Russia. Yet Trump was tortured by the accusation for nearly three years, and even the failure of special counsel Robert Mueller to find sufficient evidence didn’t satisfy the left…

Those are serious charges [agasint Wanzhou], and others were added later against the company and other executives.

And now Joe Biden suddenly pulls the plug as a bid to improve relations. Why this case, and what about his promise never to tamper with the Justice Department?

In fact, this is at least the second time Biden has given China a free pass with no visible reciprocation. Notice how the talk that the coronavirus escaped from a Chinese lab suddenly died down after an intelligence review said it couldn’t be certain either way.

If that case is closed, China walks on one of the deadliest pandemics ever despite snubbing international probes. Heaven forbid anyone should think the president’s lack of interest in the origins has anything to do with the money his family got from China.