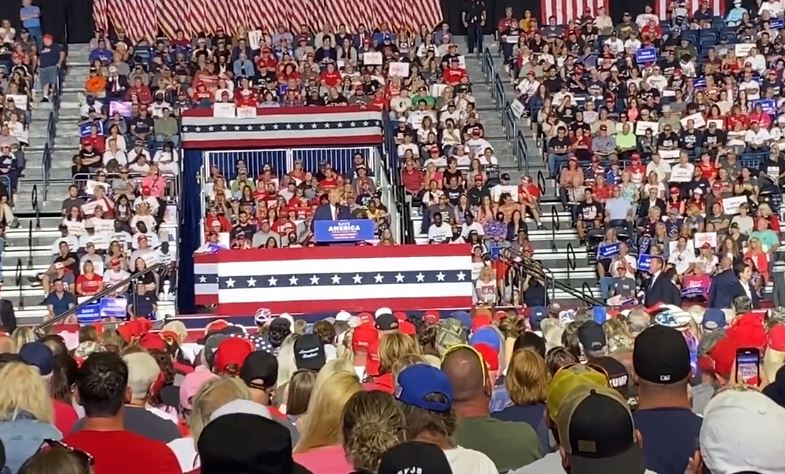 Trump also called Ryan out for falsely campaigning as a Trump-aligned candidate, despite his pro-Democrat voting record in the House.

“People call me, ‘you know, Tim Ryan did a commercial, I think he really likes you.’ He doesn’t like me. He doesn’t like me and I don’t like him. He’s been terrible,” Trump said. “Tim Ryan is a militant left-winger who is lying to your face, is acting as though he’s my friend on policy, pretending to be a moderate so he can get elected and betray everything that you believe in.”

Trump pointed out that Ryan voted more with Biden than he did with Trump when Trump was in office.

“He is not a moderate. He is radical left, 100 percent voted for these Biden disaster policies. Tim Ryan pretends to be for Trump. But when I was president, he only voted with us 16% of the time and these are great policies for Ohio,” Trump said. “And over the last two years he has voted with Joe Biden, Nancy Pelosi, and the rest every single time. It doesn’t matter on what, it doesn’t matter how bad it is.”… (Read more)