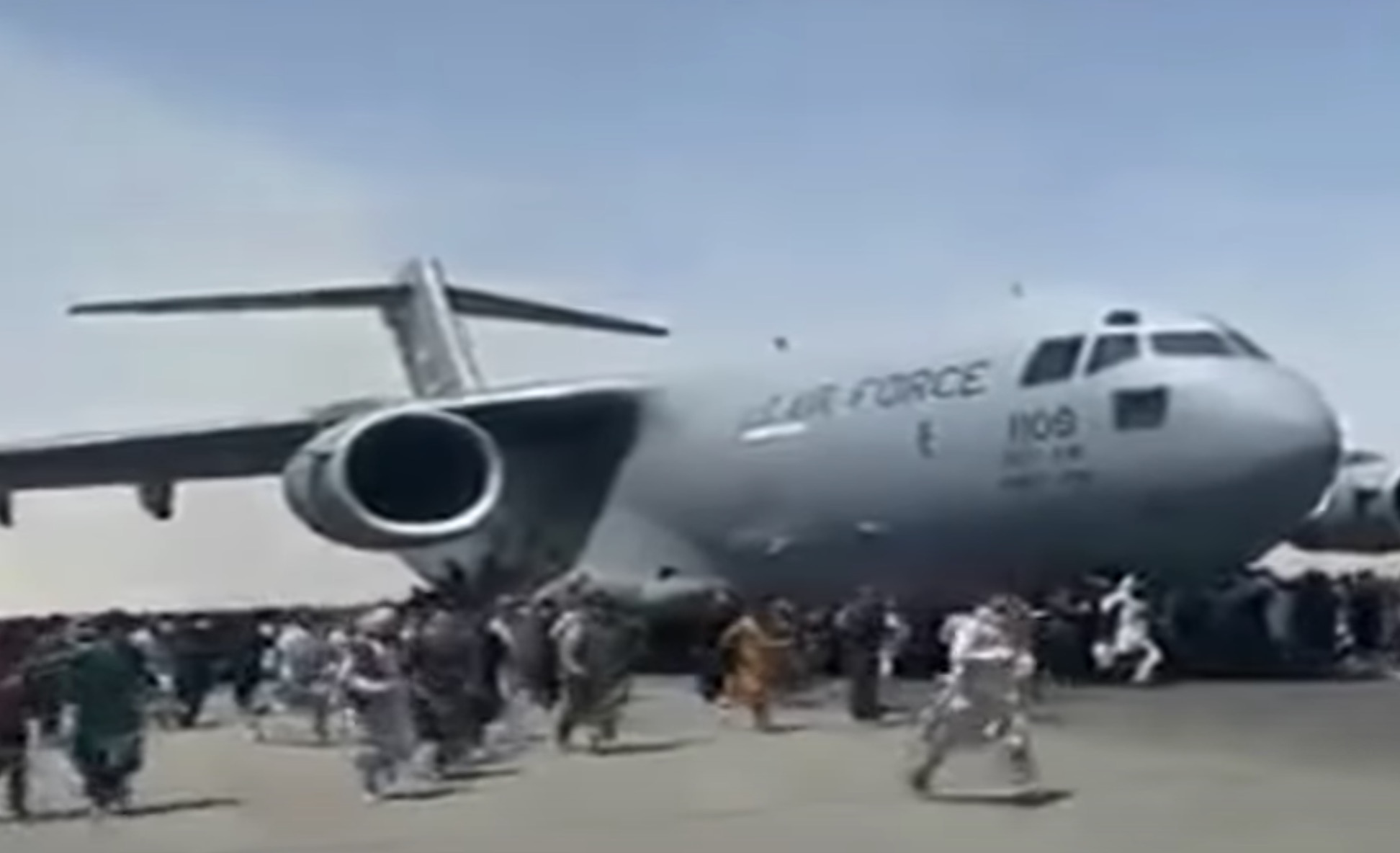 The Biden administration is caught in another lie.

The blatant incompetence and inaction of the Biden administration continue to worsen.

Biden’s Department of Defense decided to tweet photos to show how they are successfully evacuating civilians in Afghanistan.

Alongside the images, the tweet reads, “Afghan civilians board US Airforce C-17 Globemasters at Hamid Karzai International Airport in Kabul, Afghanistan.”

The only problem is that this is false.

The Afghan civilians are not boarding a US Airforce C-17 Globemaster. In fact, the plane isn’t American at all.

A closer investigation reveals that the C-17s are from the United Arab Emirates.

Western Journal notes, “One Twitter user zoomed in on the pictures of the aircraft to show the words “UAE Air Force” on the side.”

“This would seem to be a clear indication that they are not, in fact, U.S. Air Force C-17s,” the report adds.

According to a White House official, the U.S. military has only evacuated roughly 1,100 U.S. citizens, U.S. permanent residents and their families on Tuesday.

In total, the U.S. has evacuated 3,200 people so far and relocated to the U.S. 2,000 Afghans who were approved for special immigrant visas.

That’s not a @usairforce C-17, @DeptofDefense. Wrong country. Glad to know you guys are in command of the situation.

Other Twitter users also noticed the error and expressed concern and frustration that the DOD would make such a blatant error.

There are two conceivable explanations for the DOD’s embarrassing blunder, neither of which is particularly encouraging for Americans.

First, the department could be so incompetent that it truly thought the aircrafts were from the U.S. Air Force. This would obviously be a concerning lack of awareness from such an important department.

The second option is that the DOD is actively lying in an attempt to manufacture a positive image to distract from the horrifying ones we have seen for days now.

Either way, the blatant mistake should be concerning for any American. Whether it is lying are just incompetent, the Biden administration increasingly looks unfit to lead the country.

Sadly, this is far from the first time the Biden administration has lied about the Afghanistan crisis. On Monday, White House Press Secretary Jen Psaki suggested there are not any Americans still stranded in Afghanistan.

PSAKI: “I think it’s irresponsible to say Americans are stranded. They are not.”

DOOCY: “‘There are no Americans stranded’ is the White House’s official position on what’s happening in Afghanistan right now?” pic.twitter.com/0FEq5VkO6V