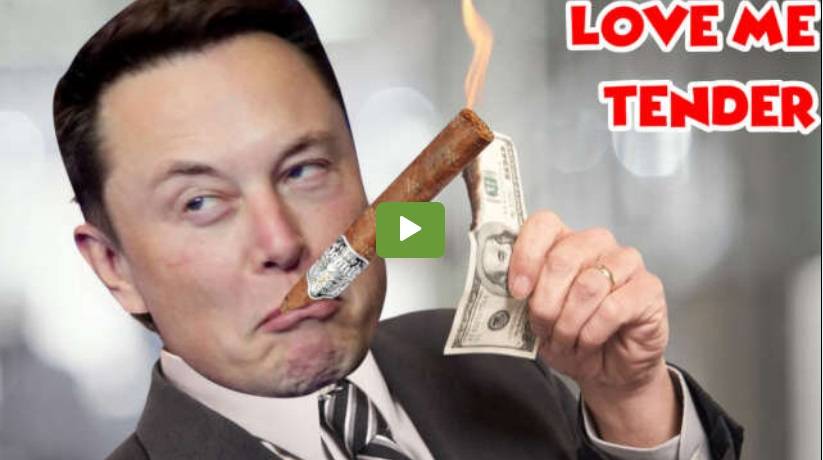 Throw away the Wall Street Journal… Throw away investors daily… Throw away watching any business news network! Elon Musk has uncovered what could be the biggest corruption in the history of publicly traded stocks! A Board of Directors that completely neglected their fiduciary responsibility because they had no interest in it! Thank you so much everyone else you’ve given us a Target to go after now…you… as accomplices!;

Sue them until they RRREEEEEEEEE and then sue them some more;

Sue the titties off those bitches!;

Ukraine is because of Soros…Putin hates Soros and the other globalist..putins takes it to them..;

Putin has the receipts on the US/European Oligarchs and their money laundering, as well as the US, funded Bio labs…. nothing in the media on this but the rats are screaming The Salt King knows ….;

The good whiskey will be opened if every nasty petty-tyrant Twitter board member ends up kicked to the curb and put in a cage;

It took 60 years (minus some exceptions in the ’80s), but it looks like in 2021/22, we are finally standing up to the woke wimps of the world! Why it took this long I have NO idea!: Viewers’ Comments.