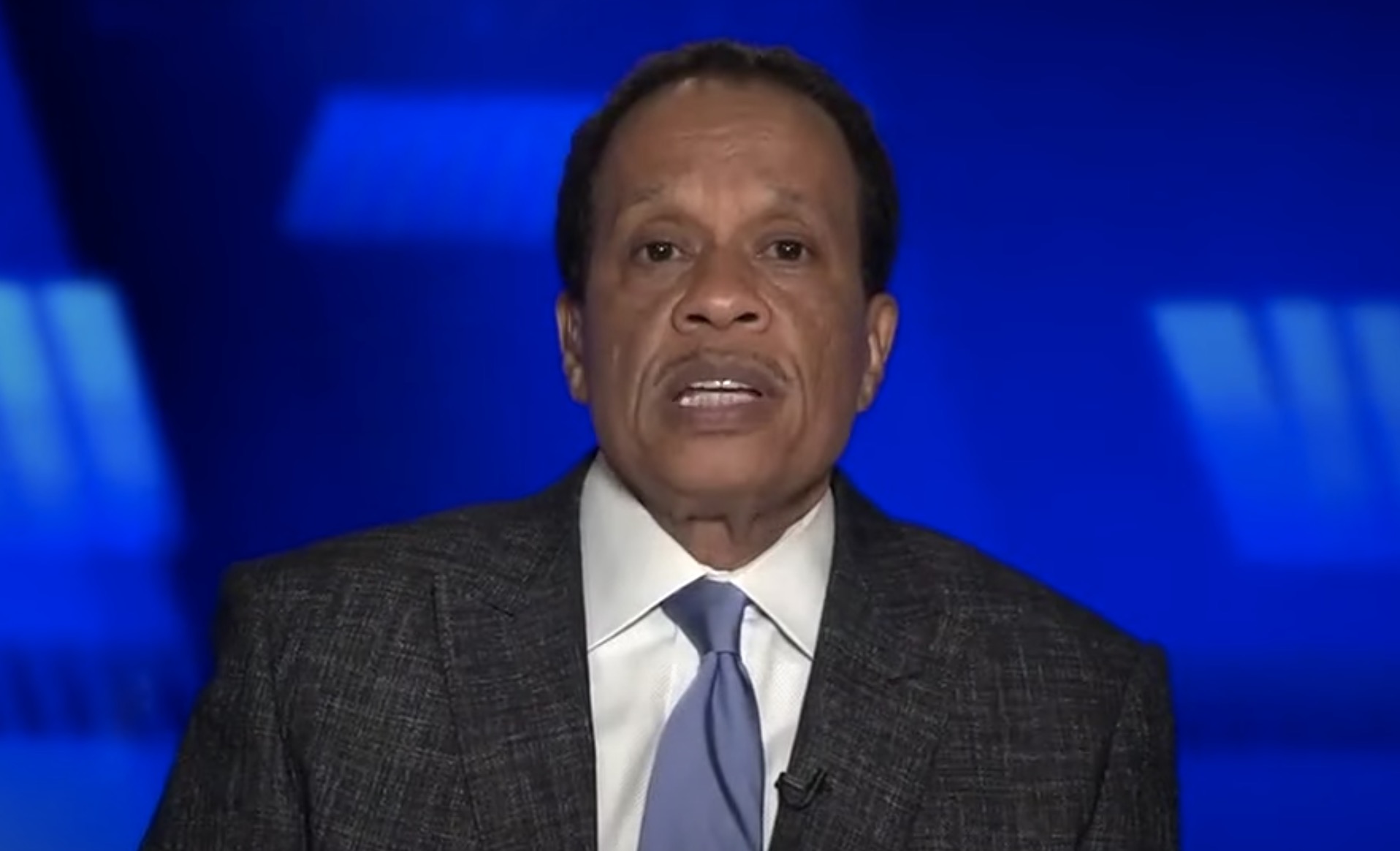 Fox News’ Juan Williams thinks President Donald Trump should be barred from running for the White House in 2024.

Williams continues to push the Democrats’ false narrative that Trump was connected with the Jan. 6 Capitol incursion.

The only problem is that this claim lacks evidence.

According to a Reuters report, FBI officials have concluded the events of Jan. 6th at the U.S. Capitol were not “the result of an organized plot to overturn the presidential election result,” as Democrats have alleged.

Instead, there is strong evidence that virtually all cases were “one-off incidents” by individuals acting alone. A very small percentage, roughly 4%, may have ties to various militia-type groups. However, none of these groups were centrally coordinated or connected with the Trump White House.

A former senior law enforcement official with knowledge of the investigation explained, “Ninety to ninety-five percent of these are one-off cases.”

“Then you have five percent, maybe, of these militia groups that were more closely organized,” he added.

Despite these facts, Fox News’ Juan Williams argued Attorney General Merrick Garland has the power to ban Trump from running.

“Garland has the power to rule out another Trump run by citing ‘section 3 of the 14th amendment, which bars anyone from holding office who “engaged in insurrection,” against the U.S.,’ Robert Reich, the former Labor secretary, recently wrote in The Guardian,” Williams wrote in The Hill.

“So, yes, there is a case to be made that Trump committed crimes against America,” he added.

“‘The bottom line is this: Now that Trump is out of office, the DOJ’s view that sitting presidents cannot be indicted no longer shields him. Attempted coups cannot be ignored,’ wrote lawyers Laurence Tribe, Barbara McQuade and Joyce White Vance in a recent column in The Washington Post,” Williams wrote.

“If Garland’s Justice Department is going to restore respect for the rule of law, no one, not even a former president can be above it,” Williams added.

Williams concluded, “Yes, Garland has the power to stop Trump from running again. It is time to use it.”

In another piece published by The Hill on Aug. 9, Williams argued, “Former President Trump and his disciples in the GOP are really putting the ‘con’ in modern conservatism these days.”

Addressing Trump’s recent fundraising reports, Williams claimed, “Trump’s fundraising haul exceeded the sums raised by his party’s House and Senate campaign groups. As an individual, he was basically on pace with the Republican National Committee.”

Despite attacks by Williams and others who claim Trump should not run for president in 2024, the former president continues to make moves that indicate he’s planning a comeback.

Two recent hires by Trump are driving speculation that he is gearing up to launch another presidential campaign in 2024.

The Des Moines Register reported Thursday that Trump, through his Save America PAC, has hired Iowa natives and Republican Party operatives Eric Branstad and Alex Latcham as consultants.