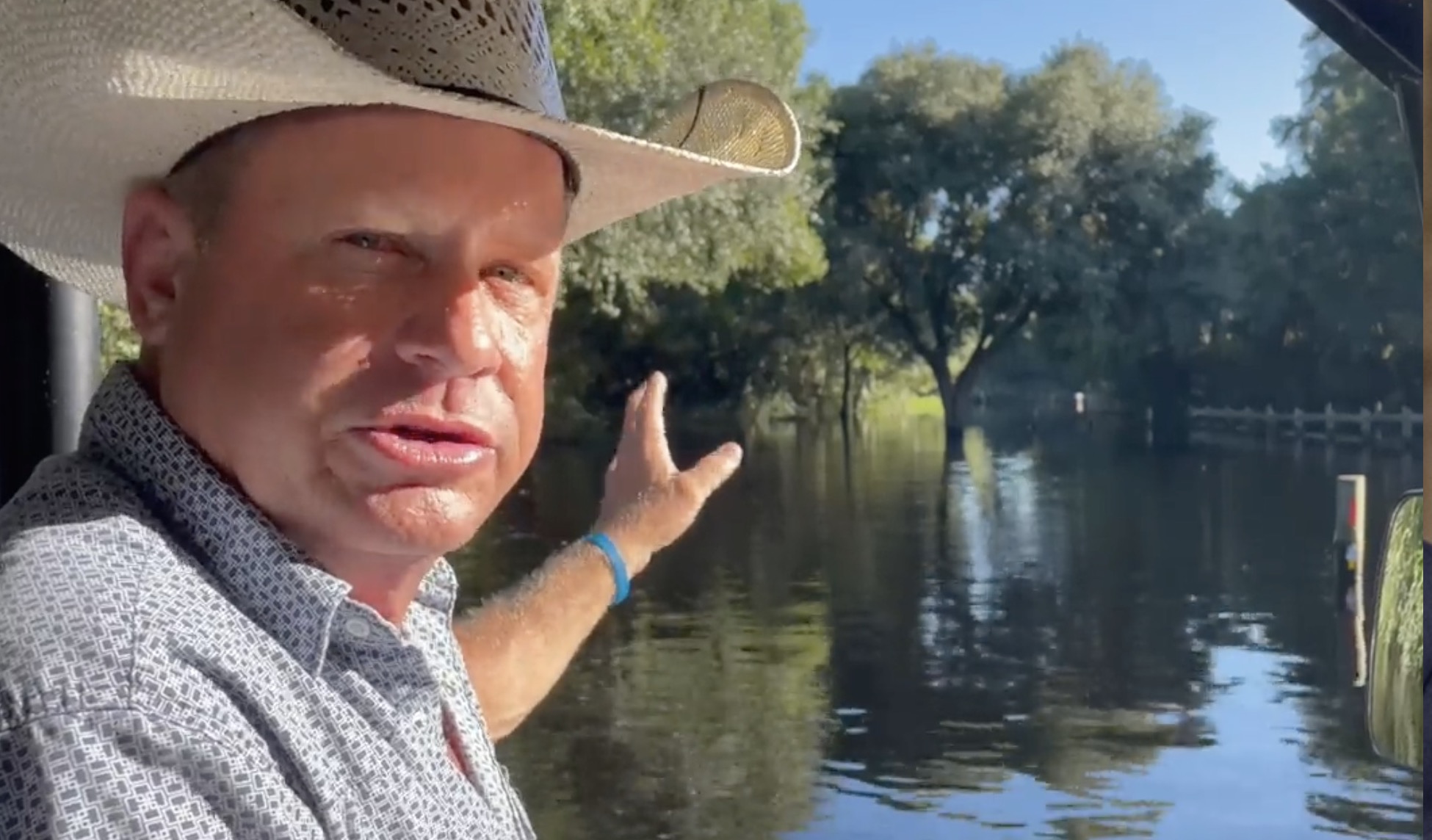 Laundrie’s parents told authorities that Brian was heading to the Carlton Reserve, which is 25,000 acres of woods.

McEwen, who is an experienced rancher and outdoorsman who lives outside the alligator-infested nature preserve, says he doesn’t think Brian Laundrie is in there – alive or dead.

“There’s no surviving out here, I don’t know how to say it,” McEwen said.

McEwen has spent nearly every day of the last 30 years navigating the woods where Brian Laundrie is suspected of hiding.

However, Brian was known to frequent this area and he is an avid hiker who could be equipped to live in the depths of the woods for weeks on end.

“I’ve been in the woods in and out all my life,” McEwen said.

“I have learned a lot in my life, and one thing I know is no one is gonna survive out there for two weeks on foot,” McEwen said.

“Unless he’s got a butt like a duck and can float, he’s not in there,” McEwen said.

Laundrie reportedly entered the reserve about two weeks ago and it’s been heavily impacted by torrential rainfall. The area is flooded with waist-deep water.

The parking lot where Laundrie is said to have left his car unrecognizable, Fox News reported.

When asked about the possibility Laundrie may have died, McEwen was certain Laundrie’s body would have been found.

“No buzzards, no body is my theory. And I haven’t seen any buzzards flying.”

“He could be anywhere,” McEwen said.

“I couldn’t imagine having a child missing like this. I would go nuts. I wouldn’t be out mowing my lawn, I could promise you that. That’s the last place I’d be.” McEwen said.

McEwen, who has been assisting North Port Police Department in searching the preserve for signs of Laundrie, remains doubtful the Youtuber has what it takes to make it more than a couple of days in the swamp-like reserve…

Even if Laundrie could manage to last in the wet conditions, he’d still have to face the diverse species of wildlife that have made the preserve a fascination to ecologists nationwide.

The Carlton Reserve is home to 13-foot alligators, panthers, black bears, wild boar and lethal snakes. McEwen says that even if Laundrie could manage to fend off the park’s most terrifying predators, its insects alone could be enough to do him in. “Unless he’s got a hide like a gator, the mosquitoes will carry him right off,” McEwen told Fox News Digital.

The inhospitable conditions of the park are endless, according to McEwen.

The seasoned rancher, who has had to venture deep into the Carlton’s woods to retrieve wandering cows, says the grounds of the reserve are covered in a thick brush that masks the topography of the land, making it easy for even the most experienced outdoorsman to unwittingly step into a ditch or walk off a ledge and become seriously injured.