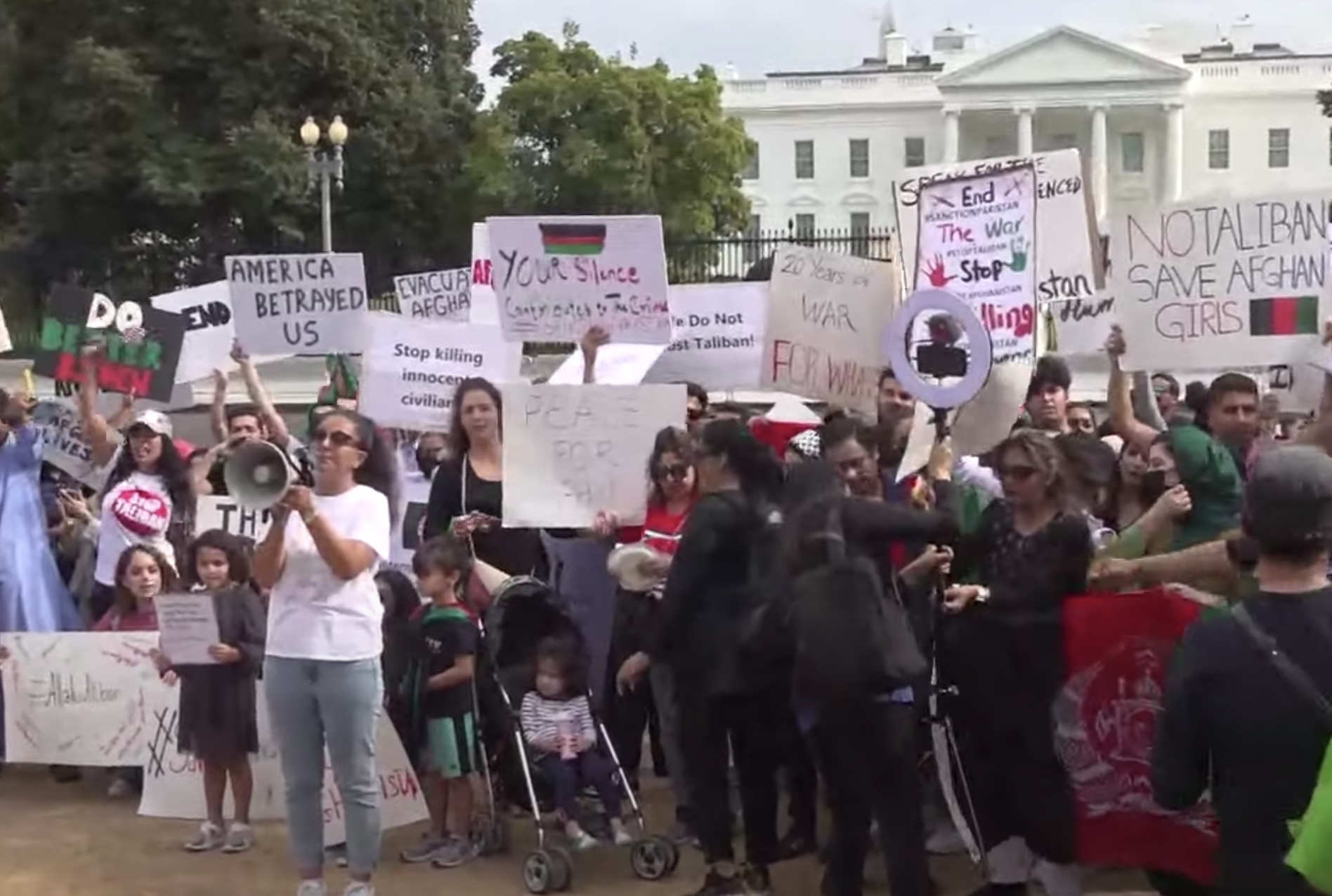 Hundreds of Afghan Americans show up at the White House on Sunday to protest.

The group asked Joe Biden to do more against the Taliban.

Biden has been widely criticized for his inaction and blatant incompetence.

One woman, who spoke with Fox News and broke down in tears, said, “My family is there.”

“All my people is there. They’re killing all my people,” she said while weeping.

Another protester said, “We’re all incredibly disappointed in President Biden and the administration for pulling out all the troops from Afghanistan literally overnight.”

“That was not the only way out,” another protester said.

One woman told Fox News, “It’s all gone back. I feel like it was for nothing.”

Another woman said, “You’re giving back the power to the people. The same type of people. Savages.”

Many Afghan American women feared for the girls left to face the Taliban, which seized power in Afghanistan two weeks before the U.S. was set to complete its troop withdrawal, the AP reported.

“Our girls. The girls who are under 20 don’t know what life is like under Taliban. Their lives are all destroyed. They’re all destroyed,” two women who have family in Afghanistan told Fox News.

Afghan Americans also feared for their families who are unable to leave. Seven people have been killed Monday at Kabul International Airport as residents tried to flee the country amid the Taliban takeover. Video on social media shows people running, clinging on to planes as they depart.

People hanging on to plane at Kabul airport pic.twitter.com/TSoiI2tuHC