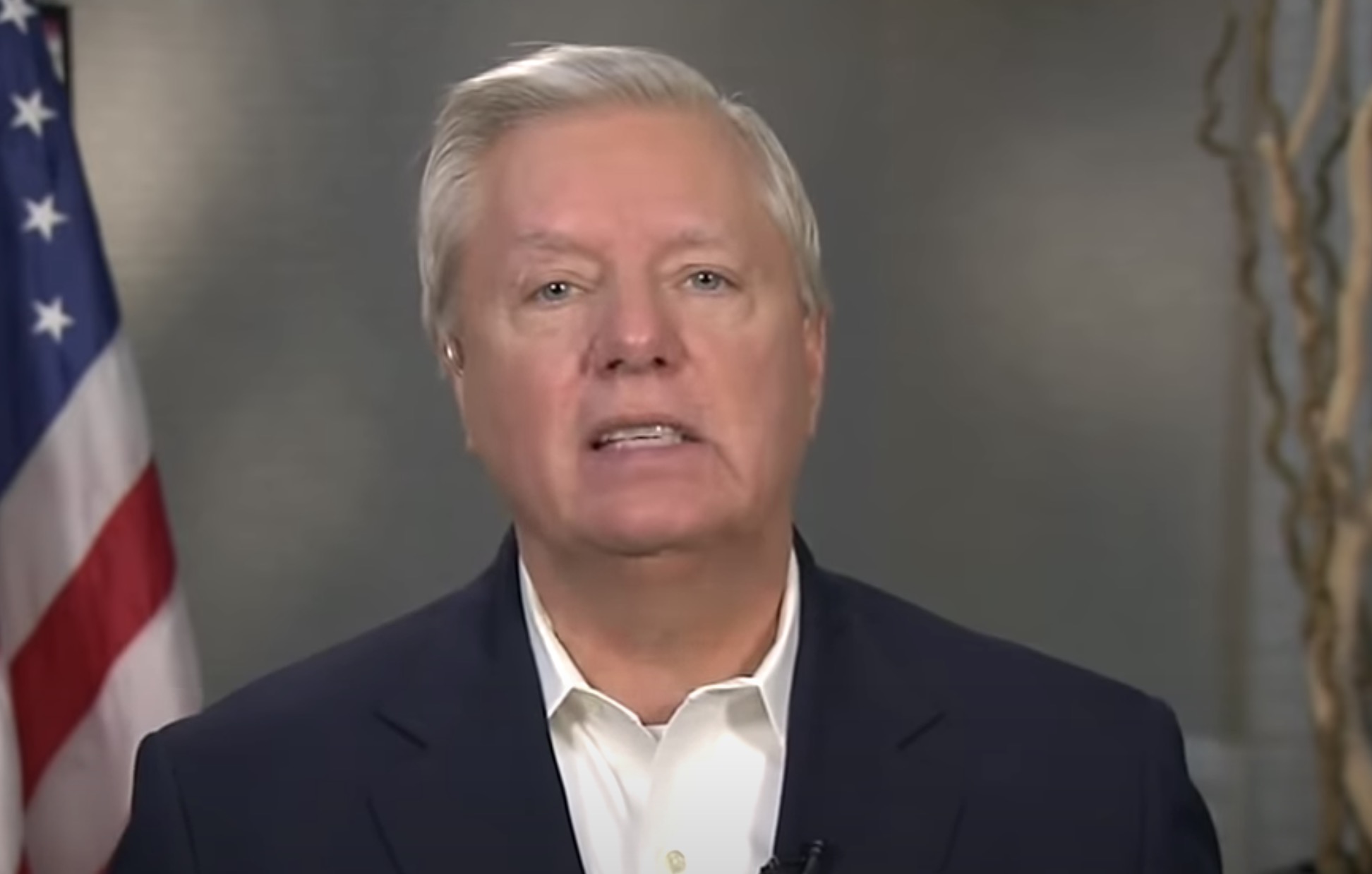 Republican Senatory Lindsey Graham says Joe Biden “deserves to be impeached” if the United States leaves any Americans or Afghan allies behind when evacuating Afghanistan.

As President Donald Trump pointed out, Biden’s botched withdrawal of U.S. troops from Afghanistan as “the greatest embarrassment in the history of our country.”

“It is time for Joe Biden to resign in disgrace for what he has allowed to happen to Afghanistan,” Trump added, “along with the tremendous surge in COVID, the Border catastrophe, the destruction of energy independence, and our crippled economy.”

American citizens are not the only people dealing with the devastating consequences of Biden’s incompetent and disastrous decision-making. Currently, between 10,000 and 15,000 American citizens are trapped within the borders of a country now controlled by terrorists — the Taliban.

The U.K. also “faces a desperate race to evacuate 6,000 Britons and eligible Afghans amid scenes of stampeding crowds and Islamist fanatics,” the Daily Mail reports.

The British Houses of Parliament decided to hold Biden’s handling of the situation in contempt.

Senator Graham told Fox News, “If we leave any Americans behind—if we leave thousands of those Afghans who fought along our side behind bravely—Joe Biden deserves to be impeached for a higher crime and misdemeanor of dereliction of duty.”

“If we leave one American behind. If we don’t get all those Afghans who stepped up to the plate to help us out then Joe Biden, in my view, has committed a high crime and misdemeanor under the Constitution and should be impeached.”

Sec. of Defense Lloyd Austin reportedly told members of the House of Representatives that Americans are in fact being beaten by the Taliban in Kabul.

Graham asserted that the U.S. is “duty-bound” to get every American out of Afghanistan safely, and also “honor-bound” to do the same for Afghans who fought alongside American soldiers.

The South Carolina congressman noted that the French and British governments have expressed a willingness to send forces to evacuate their citizens and allies.

The Washington Post reported that Paris deployed an elite police team to pick up nationals and Afghans who’ve been sheltering at the city’s old French embassy. The report also said that British paratroopers have been deployed on rescue missions.

Jake Sullivan, Biden’s national security adviser, vowed to bring home all the Americans stuck in the country. The U.S. is believed to have about 6,000 troops there.