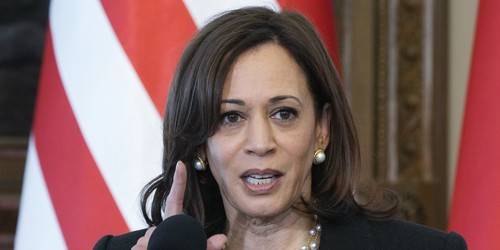 Advertisement
noted on Wednesday that Harris hired Kirsten Allen, who was Harris’ former deputy national press secretary during the 2020 Democratic primary race, to be her new press secretary.

According to Fox, the mass deletion of Allen’s tweets occurred earlier this year when it became apparent that Symone Sanders’, Harris’ former spokeswoman, position in the vice president’s office was vacant.

“Allen, amid the months-long vacancy for Harris’ chief spokesperson role, deleted more than half of her posts on Twitter between Jan. 2 and 10 of this year. According to Social Blade, a social media analytics tool, Allen had 17,880 tweets on Jan. 2, 2022, but then about a week later she only had 7,286 tweets, which means she deleted over 10,000 tweets.

The deletion of the tweets came after Harris’ former spokeswoman, Symone Sanders, left the administration at the end of December 2021 and announced a week later she was joining MSNBC.

While deleting tweets is sometimes a normal part of political job transitions in Washington, a person deleting over 10,000 tweets weeks before accepting a job in the vice president’s office raises questions about the content on her page before it was scrubbed.

A Harris spokesperson told Fox News Digital that Allen was not in contact with the vice president’s office until February of this year. However, it was known in December that Sanders’ position would be opening up.”

Townhall covered this week how several Harris staffers have departed their roles in recent months, including Ashley Etienne, the former communications director, and Sanders, who took a job at MSNBC. In addition, an upcoming book reportedly claims that first lady Jill Biden questioned President Biden picking Harris for vice president.

“We all have things we wish we hadn’t said. 10,000 of them seems like a lot,” FreemanBiden ADMITS That The Gas Prices Crisis “Presents An Opportunity” For Green New Deal Agenda