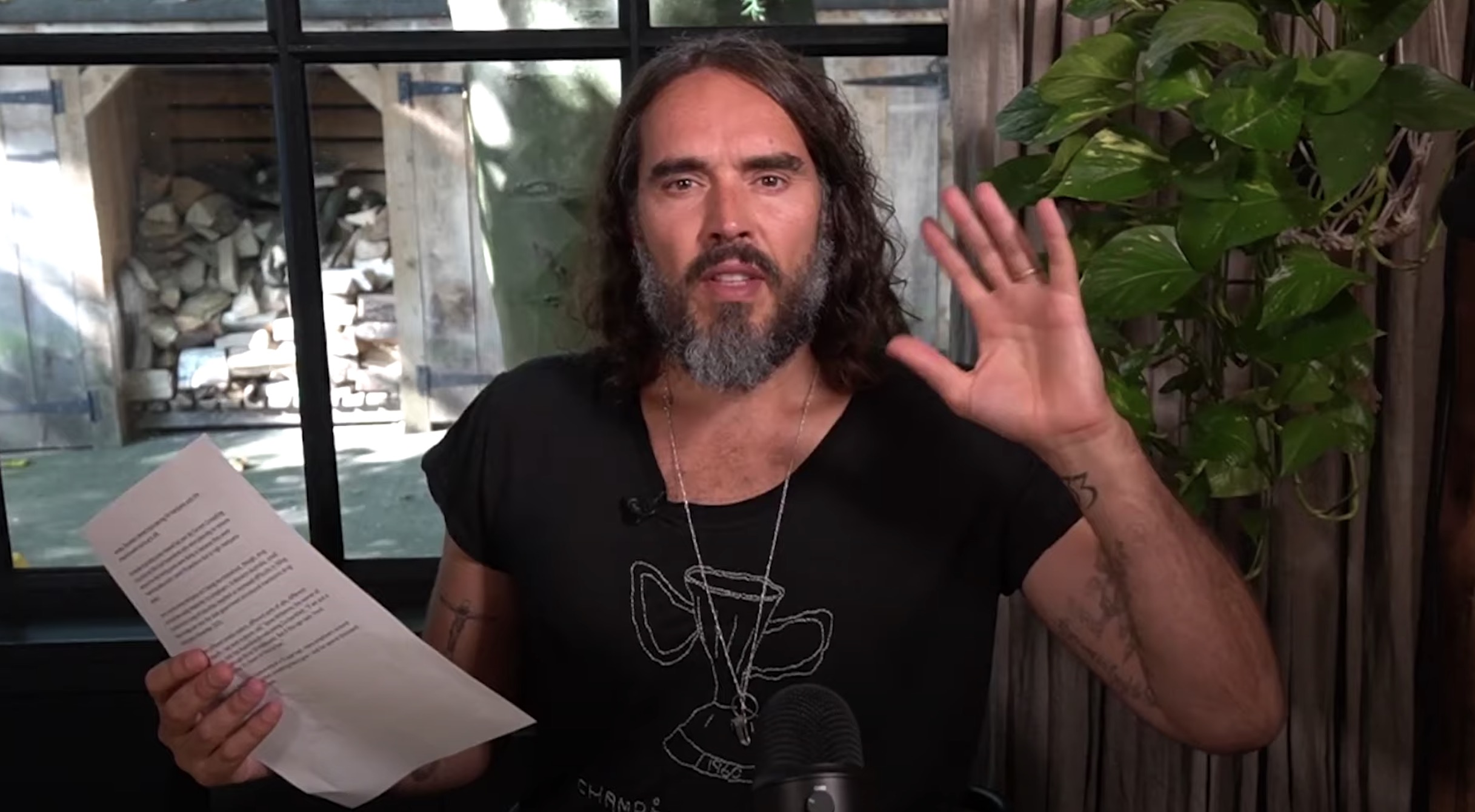 Hollywood celebrity Russell Brand, who is a self-proclaimed “liberal,” had a major realization.

It was recently reported that federal prosecutors have indicted Clinton lawyer Michael Sussmann for allegedly offering a fake tip to the FBI in 2016 to undermine then-presidential candidate Donald Trump.

The Clintons’ lies are quickly coming back to haunt them.

57-year-old Sussman advised Hillary Clinton during her 2016 presidential campaign, according to CNBC.

While working at a law firm called Perkins Coie in 2016, Sussman allegedly told the FBI there was a secret electronic channel between former President Donald Trump’s company and a Russian bank. The dirty tactics of Hillary Clinton are finally coming to light.

Special counsel John Durham launched an investigation into the origins of the sham pushed by Democrats about Trump allegedly colluding with Russian operators in order to win the election.

It was all a lie, of course. There was no coordination between Russia and the Trump campaign during the 2016 election. Sussmann is due to appear in court soon.

Hollywood’s Russell Brand reacted to the news, “It seems like years ago that we were hearing that Trump was colluding with Russia, that he wouldn’t have won the election without Russia, that his whole presidency was kind of a Putin plot.”

“Well, now there’s serious evidence that it was the Clinton campaign and Hillary Clinton acolytes that were directly involved in the generation of what has proven to be conspiracy — untrue!

“Think about how much media you watched. Me, a person who I think, broadly speaking, is from the left — a liberal, certainly not a Trump-supporting Republican, with respect to those of you who are — I find myself in awe, gobsmacked, flabbergasted and startled by these revelations.”

“What my concern is becoming is that these are totemic issues pushed to the forefront to mask ordinary, regular corruption like the Russiagate thing, the Hunter Biden laptop, all of that stuff.”

“And it was like, being sort of in a way discussed as if it was just an absolute fact. To discover that this was propaganda, a construct, a confection by the Democratic Party — who, of course, are now in government — is kind of beyond disappointing, because you begin to question and query what other things may not be true,” he said.

“Once you recognize that people create certain truths in order to meet certain ends and aims, the idea that you might be able to trust their integrity obviously dissolves.”

Brand also noted that “we have to recollect just how prevalent this story was. Every late-night talk-show, all over the news, it was just — you were bombarded with it.”

Brand said he wanted to believe that the Democratic Party is the party of “inclusivity, and diversity and truth and social justice and all great, positive ideas.” But now he’s not so sure…

None of what Brand was talking about — or what was disclosed in Sussman’s indictment — was necessarily news for conservatives. It’s long been known the FBI’s investigation of Trump-Russia “collusion” was predicated on a dossier that was nothing more than a piece of opposition research by the Hillary Clinton campaign.

The allegation that the Alfa Bank tip was provided to the FBI by someone connected to the Clinton campaign, who supposedly lied to the bureau about his connection to said campaign, might be new — but it’s similarly unsurprising.

The only surprise here is that Russell Brand, vocal liberal though he may be, was willing to acknowledge how rotten this all seems.

That said, we welcome Brand to the reality party, late to it though he may be.