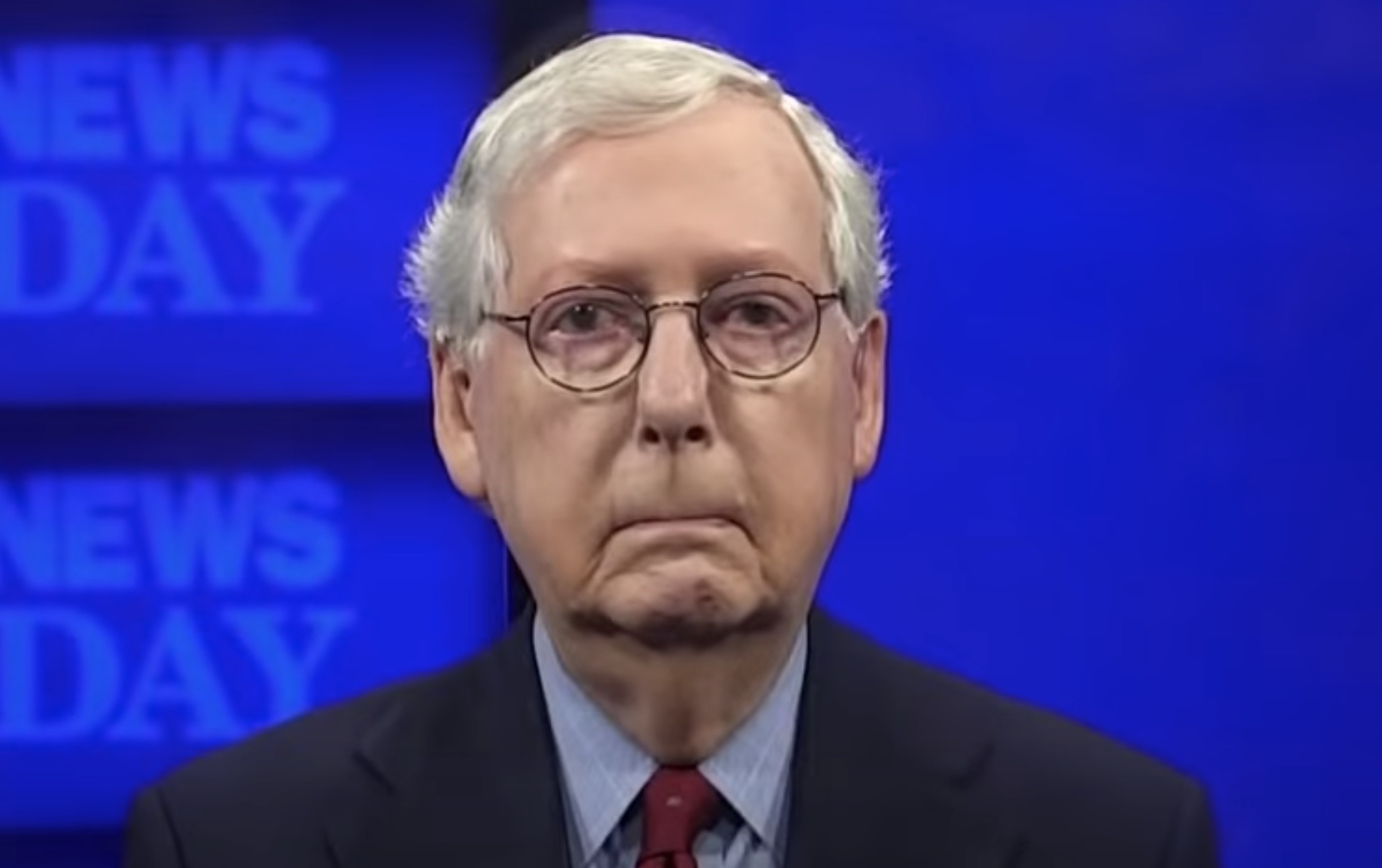 There have been widespread calls for Joe Biden to be removed from office.

President Donald Trump told Biden to “resign in disgrace” over the disastrous withdrawal of U.S. troops.

It was previously reported that Georgia Rep. Marjorie Taylor-Greene filed the articles of impeachment.

She found immediate support from South Carolina Congressman Jeff Duncan, who announced that he will co-sponsor articles of impeachment against Joe Biden.

Graham told CBS that he believes Biden should be removed from office for the botched withdrawal in Afghanistan that “set the conditions for another 9/11.”

Senate Majority Leader Mitch McConnell, who is called a “a RINO among RINOs,” is shooting down the effort to impeach Biden.

Several of the upper chamber’s top Republican figures have called for Biden to be removed from or vacate office.

McConnell said, “The president is not going to be removed from office.”

“There’s a Democratic House, a narrowly Democratic Senate. That’s not going to happen,” he explained.

“There isn’t going to be an impeachment,” McConnell added.

Western Journal notes about McConnell: “He certainly didn’t feel that way when Trump was being impeached for significantly less and the Democrats didn’t have the votes to convict.”

“Coming from the guy who threw Trump under the bus after the second impeachment hoax?” former Trump attorney Jenna Ellis wrote to social media.

“I guess he thinks that encouraging people to ‘peacefully and patriotically’ make their voices heard is more impeachable than literally arming the Taliban and leaving Americans behind.”

Coming from the guy who threw Trump under the bus after the second impeachment hoax? lol.

I guess he thinks that encouraging people to “peacefully and patriotically” make their voices heard is more impeachable than literally arming the Taliban and leaving Americans behind. https://t.co/Cmzd7qlUAT

The effort to impeach Biden is considered a longshot due to the Democrats’ control in Congress.

Nonetheless, Lindsey Graham backed the effort by saying, “I think it’s a dereliction of duty to leave hundreds of Americans behind enemy lines, turn them into hostages, to abandon thousands of Afghans who fought honorably along our side, to create conditions for another 9/11 that are now through the roof.”

“Whose decision was it to pull all the troops out? Was it good advice, ignored? I just don’t know,” Graham said.

“I think he should be facing a lot of consequences here, because the one thing he wanted to do, and he’s a decent man, it’s not about him being a decent man, is he wanted to end the war in Afghanistan and make sure we didn’t have to deal with it in the future.”

“General Biden’s fingerprints are all over this,” he continued. “He’s created the conditions for ISIS to flourish in Afghanistan.”

“They’ve doubled the number of troops available because of the jailbreak.”

“A terrorist organization called the Taliban is now in charge of the country. The likelihood of an attack on our homeland is through the roof. It was medium a month ago. It’s got to be high as hell right now.”

Graham made these comments while appearing on “Face the Nation” with host Ed O’Keefe.

“We did not end this war,” Graham said.

“President Biden said that he wanted to take this- Afghanistan off the plate for future presidents. He’s done the exact opposite. For the next 20 years, American presidents will be dealing with this catastrophe in Afghanistan. This war has not ended. We’ve entered into a new deadly chapter. Terrorists are now in charge of Afghanistan.”