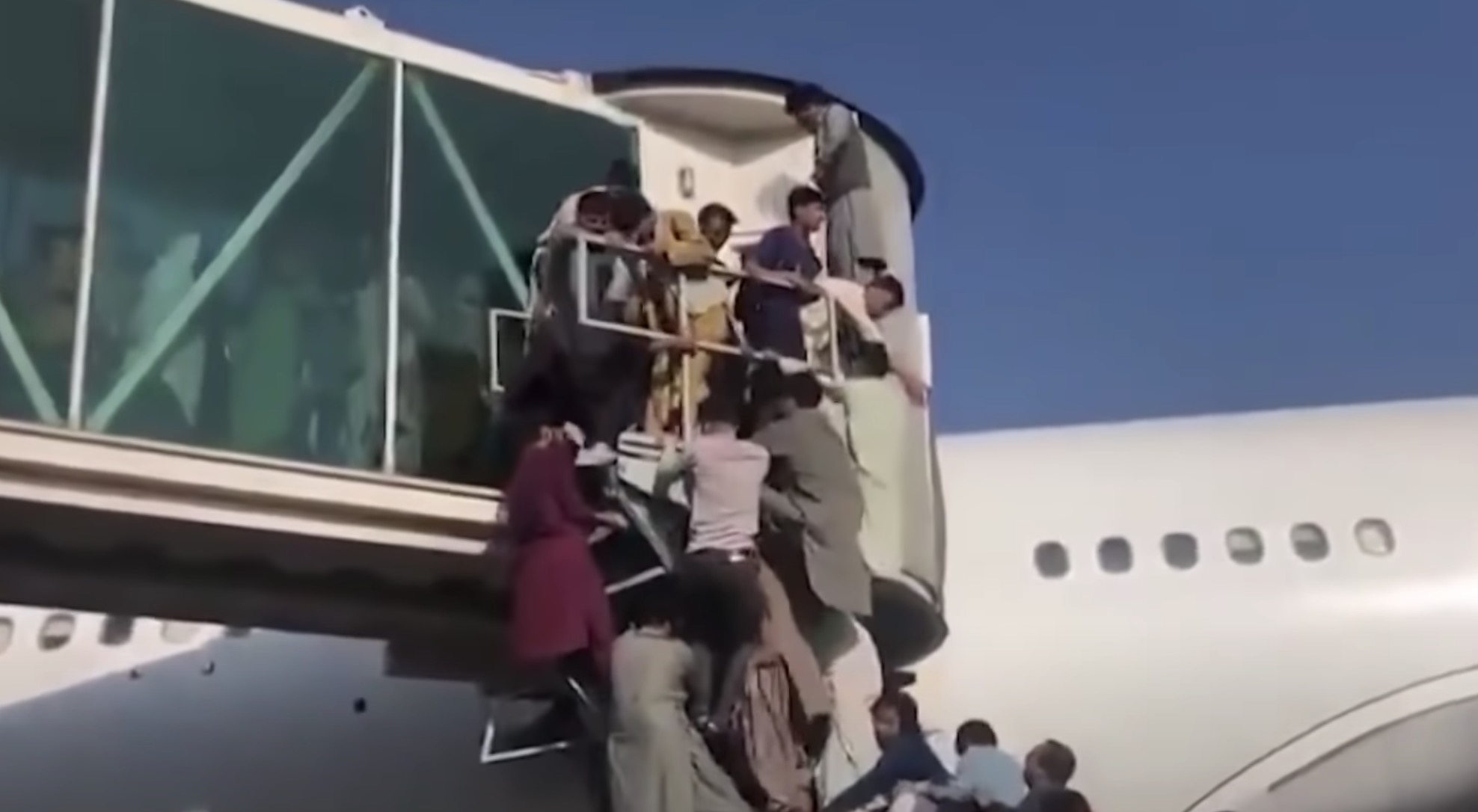 According to reports, planes are leaving with empty seats in Afghanistan.

This news comes just days after people clung to a military aircraft to escape, falling to their deaths.

Politico reported, “Even though U.S. officials tell NatSec Daily and others that evacuation flights from Kabul will be free, people trying to catch a plane in the Afghan capital say differently.” One person said State Department staff were seeking large payments — up to $2,000 — from American passengers and even more from non-U.S. citizens.”

Politico says that it confronted the State Department over the matter and they said did not deny that it was happening.

“U.S. law requires that evacuation assistance to private U.S. citizens or third country nationals be provided ‘on a reimbursable basis to the maximum extent practicable,’” the spokesperson said. “The situation is extremely fluid, and we are working to overcome obstacles as they arise…. In other words, the Biden administration may request payments for evacuation flights,” the report added.

Pentagon spokesman John Kirby acknowledged Tuesday that the United States does not have a plan for getting Americans trapped in Afghanistan due to Taliban checkpoints to the Hamid Karzai International Airport.

The State Department has told stranded Americans that the U.S. government “cannot guarantee your security” as they attempt to get to the airport.

According to a White House official, the U.S. military evacuated 1,100 U.S. citizens, U.S. permanent residents and their families on Tuesday.

In total, the U.S. has evacuated 3,200 people so far and relocated to the U.S. 2,000 Afghans who were approved for special immigrant visas.

However, a large military plane sent by Germany to evacuate people in Afghanistan departed from Kabul’s airport with only seven people on board.

The German media confirmed this information. The A-400M transport aircraft can carry up to 200 people, but only those on the German Embassy’s list were allowed to board the flight.

Only seven people from the official list managed to arrive at the airport by that time.

And Germany evacuates 7 with an A400M.

“Many evacuation flights continued leaving with empty seats even as tens of thousands of Afghans who worked with Western governments clamored for a way out before the Taliban track them down.”

CNN’s John Berman pressed Kirby on this point, wondering what good it does to have the ability to get people out from the airport if they can’t get there in the first place. Kirby couldn’t answer that, but later during a press conference said they’re “not equipped” to know where every American in Afghanistan is. He estimated there are between 5,000-10,000 Americans left in the country.

Additionally, there are Afghans who worked with Western governments desperate to leave the country before they’re killed by the Taliban…

At Kabul’s Hamid Karzai International Airport, crowds of Afghans continued to gather along the perimeter, trying to flee the country. U.S. Marines focused mostly on keeping people from coming close. As a result, many of the evacuation flights continued leaving with empty seats even as tens of thousands of Afghans who worked with Western governments clamored for a way out before the Taliban track them down.

“The situation is very bad at the gate,” said Lida Ahmadi, who applied for a special immigrant visa for Afghans who had helped the U.S. effort in Afghanistan. “I slept on the road last night. Now, after two nights and two days at the gate, we’ve finally got the chance to come in. I am so happy now.”

Many others haven’t made it, so far. An Australian C-130, which can carry more than 120 passengers, flew out only 26 people Wednesday morning, the Australian government said. […]

The incident sparked a storm of social media criticism, with many experts, journalists, and politicians criticizing German authorities for being too slow and inefficient to organize the evacuations, while thousands of Afghans desperately seek to flee the country after the Taliban took over the capital on Sunday. (Anadolu Agency)