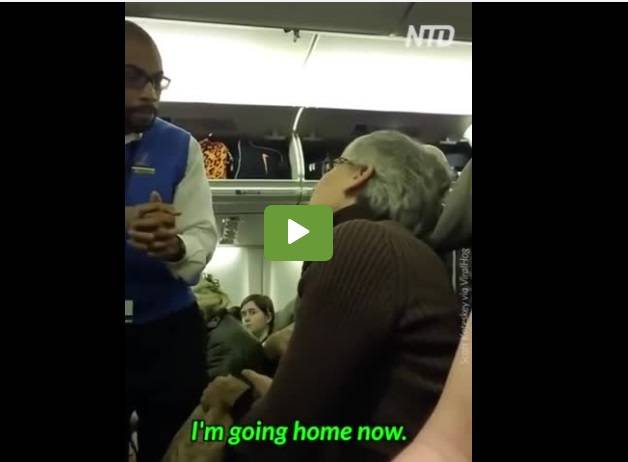 Portland’s finest TDS enraged hateful liberal gets what she deserves;

This so called woman should watch herself on this video and answer who was it that was the creator of this problem?
The young man seemed to be to himself and quiet while she was rude, obnoxious and way out of place. She should be ashamed of her lack of control which ultimately proved to be the cause of her husbands missed flight. Do you think there were other passengers with pressing issues lady?;

Hey, we loved it. I don’t care when it was. With the crap I put up with living in a 💩city full of ignorant nuts just like that woman… it’s good anytime from any time;

Perverted old Karen – she can go to hell with the rest of her constipated kind;

She is exactly what a leftist looks like. Short hair, lives in Portland, and lectures to everyone. I really don’t care about her sob story. Guess what? We all have sob stories! Deal with it! If she was lecturing to me, she would have regretted it a lot sooner. The male flight attendant was way too nice to her;

I love how she was demanding “respect” but couldn’t see her own disrespectful behavior. I feel sorry for her husband…he has to live with that frigid, libtard;

Where in heaven do these kinetics come from??? Yes, Portland;

The man married to this C U Next Tuesday is a broken man. She runs the house and his existence. This woman is a bully and you know why they say about bullies. All it takes is one person to put them in their place and it looks like she was out in her place. Her husband is a spineless shell of man who has no!: Viewers’ Comments.