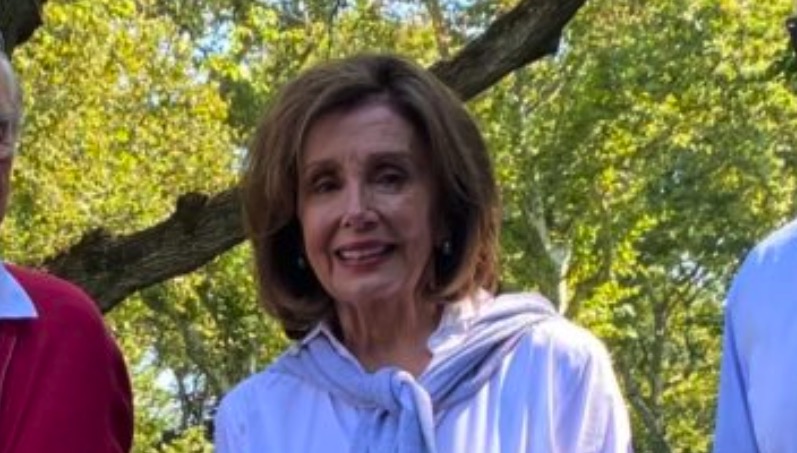 A photo surfaced on social media that reveals what Nancy Pelosi has been up to.

The image was posted on Twitter by the son of radical leftist billionaire George Soros.

Altering the official motto of the United States “In God we trust”, Soros wrote to Twitter with the phrase “In Pelosi we trust.”

Pelosi has become a god-like figure worshipped by the Left.

In Pelosi we trust! Was good seeing @SpeakerPelosi this weekend. pic.twitter.com/dguGCxDm37

In another post, Soros reflects on his time with Democrat Rep. Ilhan Omar.

“It was great to spend some time in person with Ilhan Omar!” he wrote.

“One of the most inspiring and effective members of Congress we have!” Soros exclaims.

Soros reportedly gave $1 million to Color Of Change PAC on May 14, which is a group that works to defund police.

Records filed with the Federal Election Commission show this is the billionaire’s largest political contribution of the 2021 election cycle.

It’s also his first to the political action committee since 2016.

The contribution from one of the Democratic establishment’s biggest donors could further undercut the party’s efforts to downplay allegations that it backs defunding police departments. Republicans have hammered Democrats over their position on policing as violent crime has skyrocketed nationwide. As part of the effort to beat back the allegations, the White House has accused Republicans of supporting the defund movement—a claim the liberal Washington Post gave “three Pinocchios” earlier this month.

Color Of Change, which bills itself as the largest online racial justice group in the country, is a vocal supporter of defunding the nation’s police departments. It led an online political outreach campaign last year to defund police departments following the killings of George Floyd and Breonna Taylor.

An online petition organized by the group reads, “Invest in black communities. Defund the police.” The petition also called for “divesting from and dismantling the systems that unjustly harm Black people.”