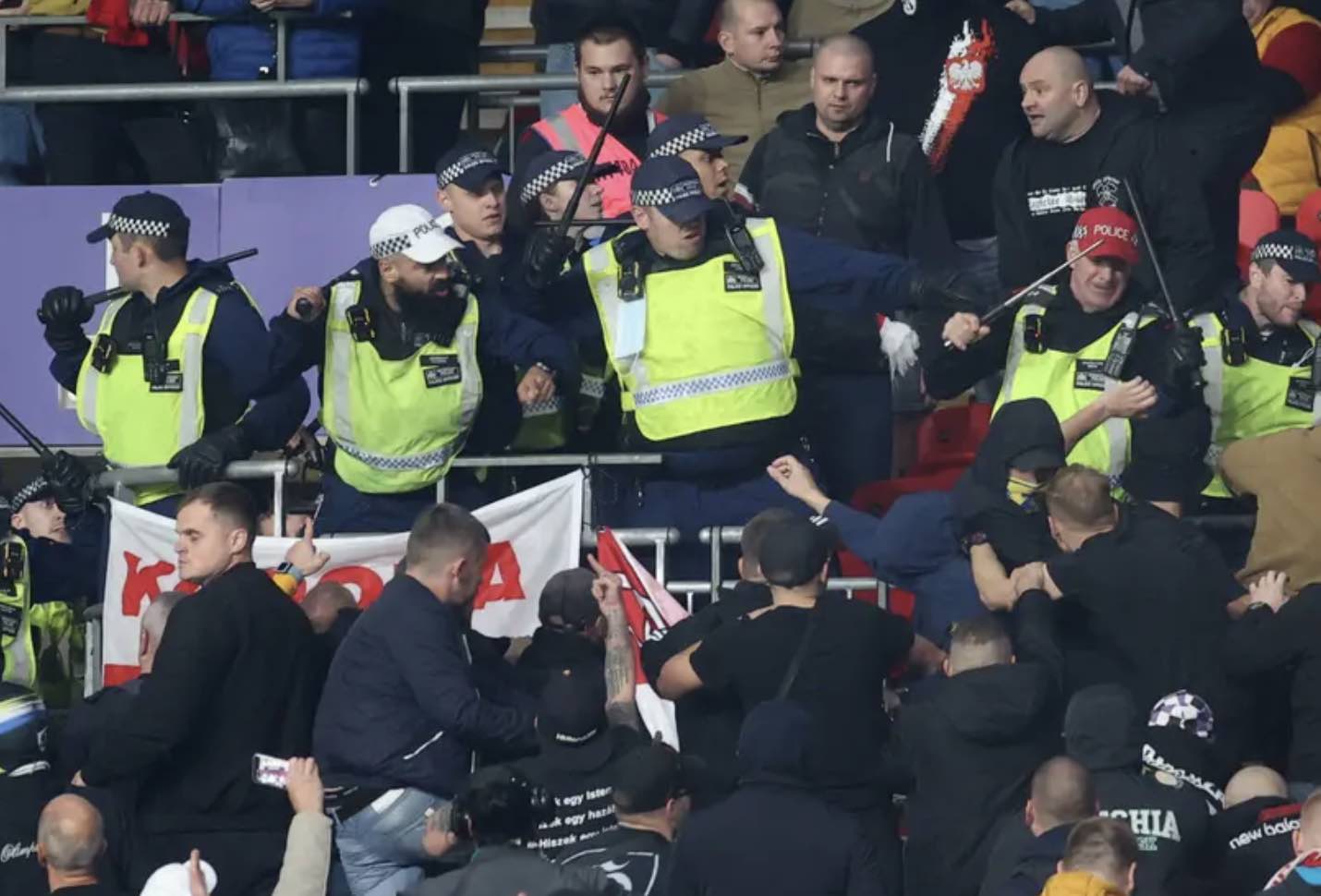 Police fought with Hungary fans at Wembley during a World Cup qualifying match on Tuesday evening as they attempted to arrest a spectator for racially abusing a stadium steward.

The incident occurred during first the 10 minutes of the m atch, although it soon calmed down.

A statement by the Metropolitan Police said: “Shortly after the start of tonight’s match at Wembley, officers entered the stand to arrest a spectator for a racially aggravated public order offence following comments made towards a steward.  As the officers made the arrest, minor disorder broke out involving other spectators. Order was quickly restored and there have been no further incidents at this stage.”