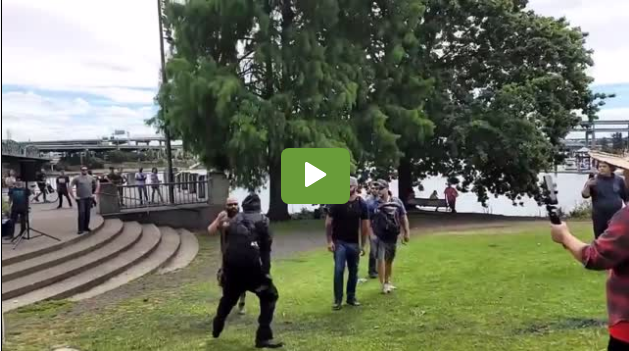 This kind of behavior is now commonplace in Portland.

Violence and chaos swept the streets of Portland, Oregon, as a rampaging mob of Antifa members assaulted a group of Christians, including children, gathered for a prayer and worship event at the waterfront. The videos of the assault are now doing the rounds on the internet.