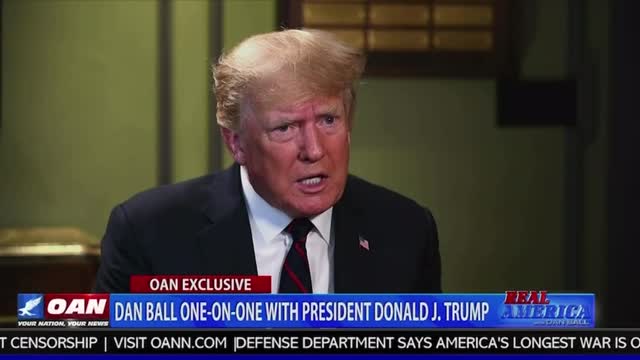 President Trump suggested the U.S could see a potential 9/11 style attack as Joe Biden grappled with the crisis in Afghanistan as well as at the southern border. In an exclusive interview with One America News, the 45th president said many countries in the Middle East have been coming into the U.S. and dropping people off as if the U.S. was a “lapdog for every nation.”

Trump also blasted Biden over his handling of the Afghanistan withdrawal and asserted he lost control of the situation.

“The single greatest humiliation we’ve ever had was the withdrawal from Afghanistan,” he expressed. “We could’ve had a beautiful withdrawal. We could’ve gone out with victory. We would’ve taken all the civilians out, all the Americans out”

The 45th president pointed out before last week’s service member deaths, the U.S. had not lost any troops in Afghanistan since February 2020.

“It was true, not one soldier was killed for 18 months under me,” he stated. “They understood that if they killed any of the American soldiers, any American period, anybody gets killed, we go after them like I did many times.”

“The chance of another 9/11 just went through the roof. These drone attacks will not degrade ISIS. The number of ISIS fighters have doubled,” he asserted. “We’ve turned our back on our allies who’s going to help us in the future and we set the conditions for another 9/11. I’ve never been more worried about an attack on our homeland than I am right now and we did not end this war.”