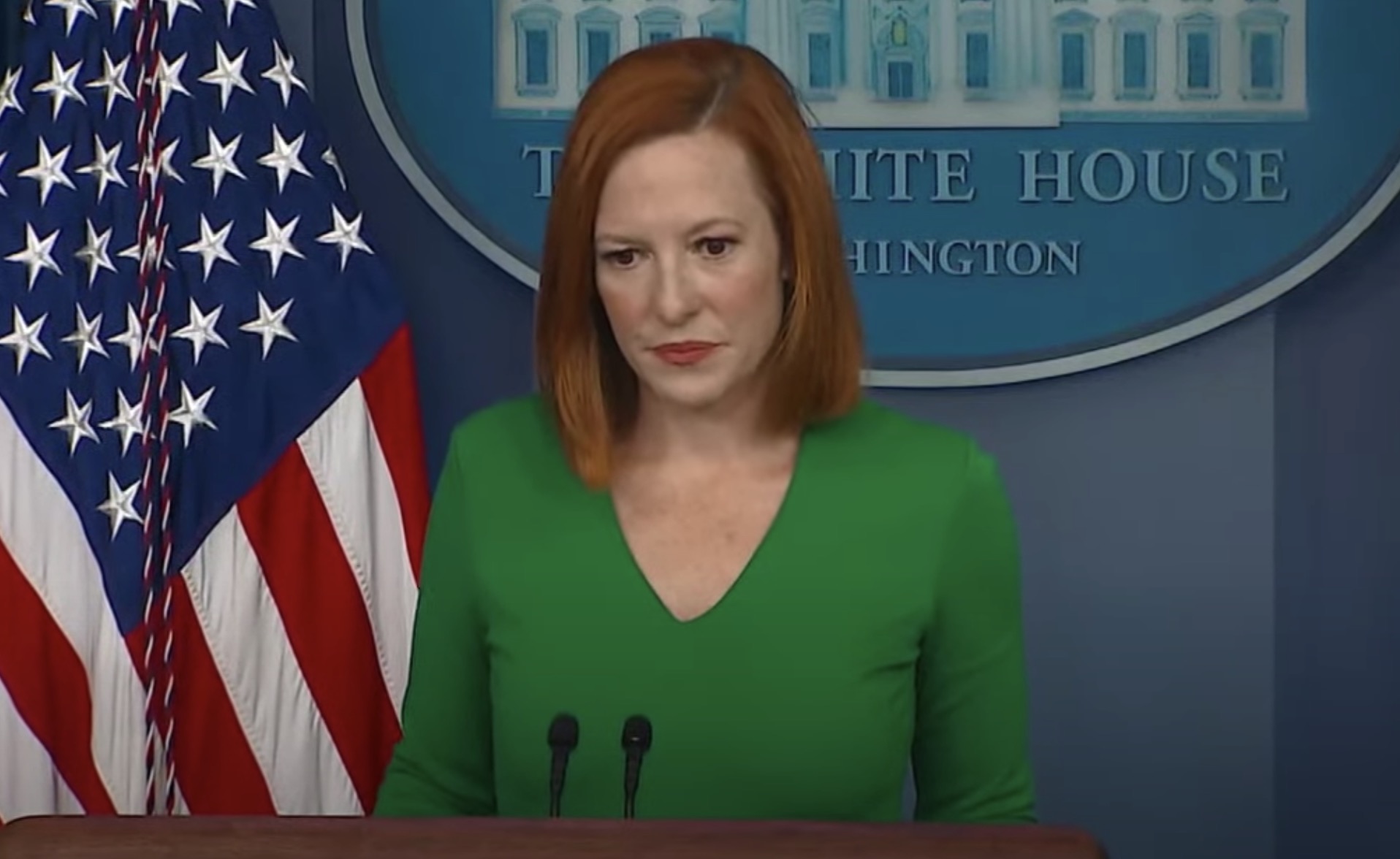 Another day and another lie for Jen Psaki.

“But he does trust scientists,” Psaki continued. “He does trust data experts and he does trust the people leading the CDC, the FDA, which is the gold standard of approval for vaccines.”

Doocy asked, “Yes, but at the time when Donald Trump is out there saying, ‘We’re going to have a vaccine in the next couple weeks, next couple months,’ and Joe Biden is out on the campaign trail saying, ‘Don’t trust Donald Trump,’ did that create any kind of vaccine hesitancy?”

In response to Doocy, she said, “Not that we’ve seen in the data.”

Then came Psaki’s major lie: “I would note that at the time, just for context, the former president was also suggesting people inject versions of poison into their veins to cure COVID, so I think that’s a relevant point.”

For some context, Vice President Kamala Harris previously said, “There is very little that we can trust that comes out of Donald Trump’s mouth… If Donald Trump tells us I should take [the vaccine], that we should take it, I’m not taking it.”

Sen. Kamala Harris: “There is very little that we can trust that comes out of Donald Trump’s mouth.” pic.twitter.com/3gFmCripX5

Harris lied because Trump, who has himself been vaccinated, has also encouraged others to be vaccinated if they choose to.

This lie was previously exposed in a fact-check by PolitiFact. Here’s more via Western Journal:

Except he didn’t. And that’s not just a writer for The Western Journal talking; even PolitiFact, the Poynter Institute’s reliably left-skewed fact-checking grift, acknowledged this wasn’t what Trump said during the April 23, 2020, media briefing in question.

As PolitiFact noted, “President Trump floated the idea of using disinfectants and sunlight to treat COVID-19 patients” and “several websites and social media posts have taken [those remarks] out of context.” (This was published the day after Trump’s briefing, before virtually every Democrat and MSNBC contributor who was given the opportunity took the remarks deliberately and wildly out of context.)

“The briefing transcript shows that Trump did not say people should inject themselves with bleach or alcohol to treat the coronavirus,” PolitiFact said. “He was asking officials on the White House coronavirus task force whether they could be used in potential cures.”

Video of his comments shows Trump was mainly spitballing after a presentation by Department of Homeland Security official Bill Bryan regarding the effects of temperature and disinfectants on the novel coronavirus.

Bryan announced research teams had “tested bleach, we’ve tested isopropyl alcohol on the virus specifically in saliva or in respiratory fluids, and I can tell you that bleach will kill the virus in five minutes.”

“So I’ll ask Bill a question that probably some of you are thinking of if you’re totally into that world, which I find to be very interesting. So, supposing we hit the body with a tremendous, whether it’s ultraviolet or just very powerful light, and I think you said that hasn’t been checked, but you’re going to test it,” he said.