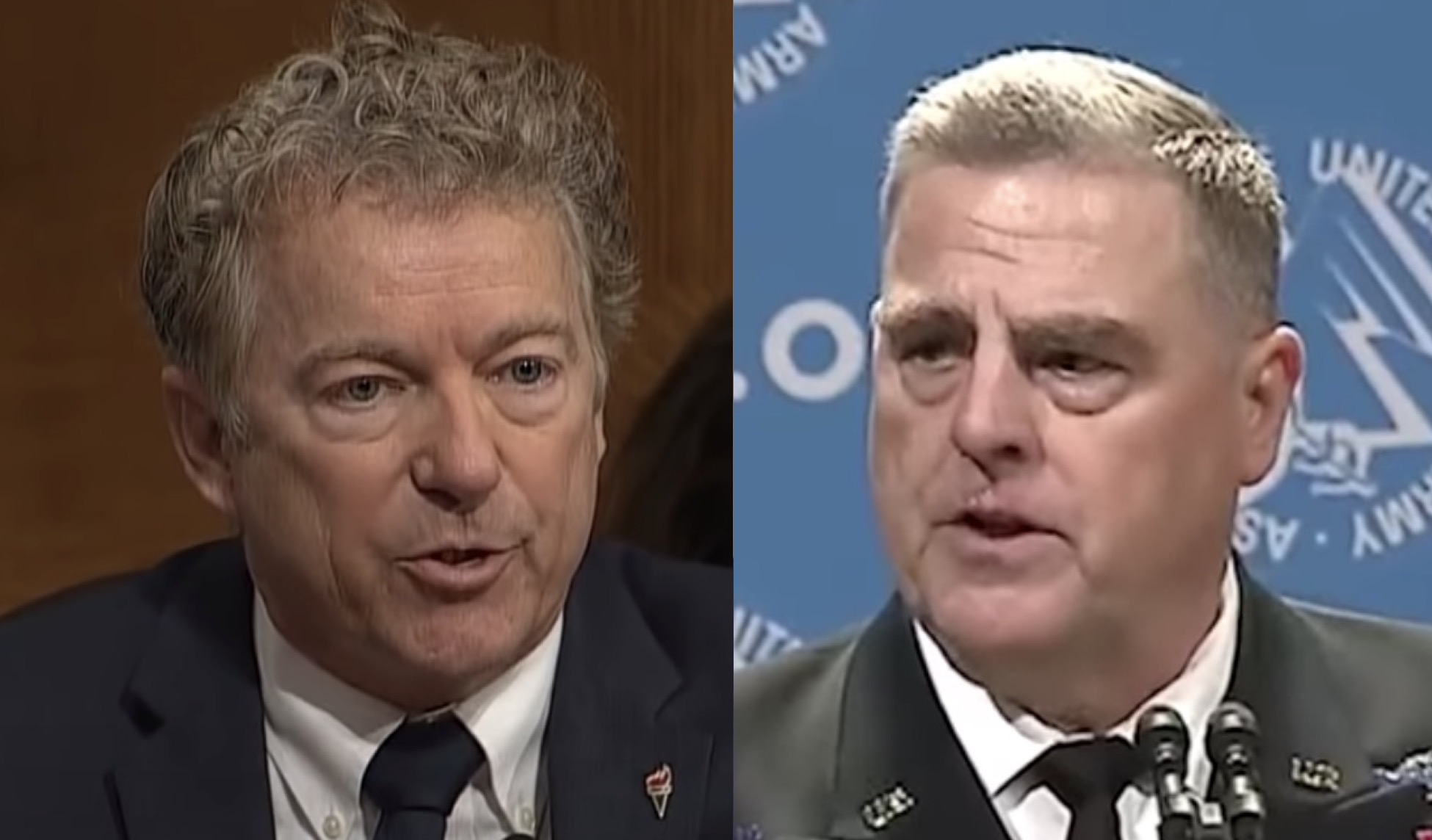 Fox News reported that Sen. Rand Paul insisted that Gen. Milley needs to be questioned and his honesty assessed after accusations that he secretly contacted a Chinese general in the beginning of January, offering to warn him if the U.S. was going to launch an attack.

The authors claim that Milley allegedly contacted Gen. Zuocheng on Oct. 30, 2020, and Jan. 8 to give assurance that he would warn the Chinese general if the U.S. was going to launch an attack. Milley is also accused of promising to keep then-President Trump in the dark about their communication.

Sen. Paul demanded an immediate investigation and removal if the allegations are true.

“If it happened, he should be immediately relieved of his duties and court-martialed.” insisted the senator.

Sen. Paul stated that he would like to eliminate the possibility that the accusations are not being fed to the authors by unreliable sources or foreign operatives looking to create unrest in American politics.

The Senate Armed Services Committee is scheduled to hear testimony from both Gen. Milley and U.S. Defense Secretary Lloyd Austin about the withdrawal from Afghanistan later this month. The accusations against Gen. Milley are also expected to be discussed at the hearing.

White House press secretary Jen Psaki and Joe Biden have both repeated that the administration has “great confidence in Gen. Milley”, despite the accusations in “Peril”.

Read the transcript of the clip from Fox News here.

It should be investigated immediately, today, he should be questioned under oath, if not with a polygraph test, on whether it happened. If it happened, he should be immediately relieved of his duties and court-martialed. You have to find out if it’s true. This is innuendo and rumor and propaganda perhaps. But, if it is true he absolutely immediately needs to be removed.

Sen. Rand Paul is a member of the Committee on Homeland Security and Governmental Affairs, but not the Armed Services Committee, which will be conducting the interview with Gen. Milley.