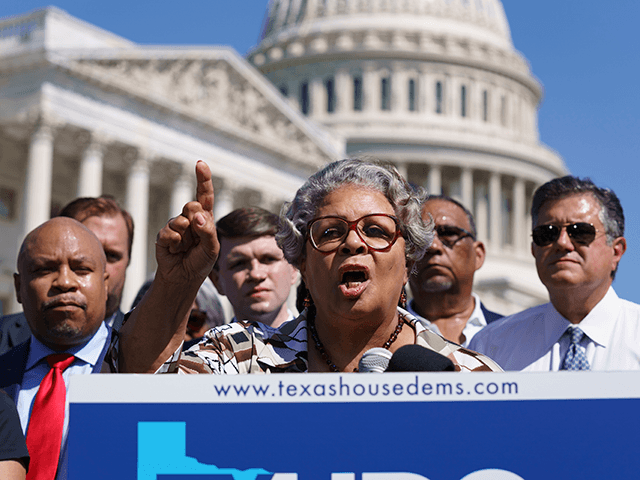 The Texas House Speaker Dade Phelan has signed arrest warrants for the 52 Democrat fugitives who neglected their duty and escaped maskless on a private plan to Washington, DC, to prevent the passage of election integrity legislation.

“The House voted 80-12 Tuesday to force the fugitives to return, just hours after the Texas Supreme Court cleared the way for the House to order them back to the chamber to secure a quorum,” Dallas News reported Wednesday. “The warrants will be delivered to the House sergeant-at-arms on Wednesday morning, according to Phelan spokesman Enrique Marquez.”

“At least two dozen House Democrats have stayed in Washington, D.C., where 57 of them camped out for all or most of a month to run out the clock on Abbott’s first special session,” the report continued.C-SPAN

Advertisement
if the arrest of the fugitives in Texas will amount to a quorum to proceed with the election integrity legislation, “especially since Texas police would have no jurisdiction to retrieve the members still in Washington.”
Advertisement

Breitbart News reported the “warrants come hours after the all-Republican Texas Supreme Court overturned an earlier ruling that said Abbott and Phelan did not have the authority to arrest the missing legislators.”

On Monday a Texas Judge had blocked the “detaining, confining or otherwise restricting” of the fugitives who broke quorum by leaving the state, fleeing to Washington on a plane, when pictures surfaced showing the smiling, maskless, Texas Democrats.

Upon arriving in Washington, DC, many of the fugitives contracted coronavirus after meeting with the Biden administration.