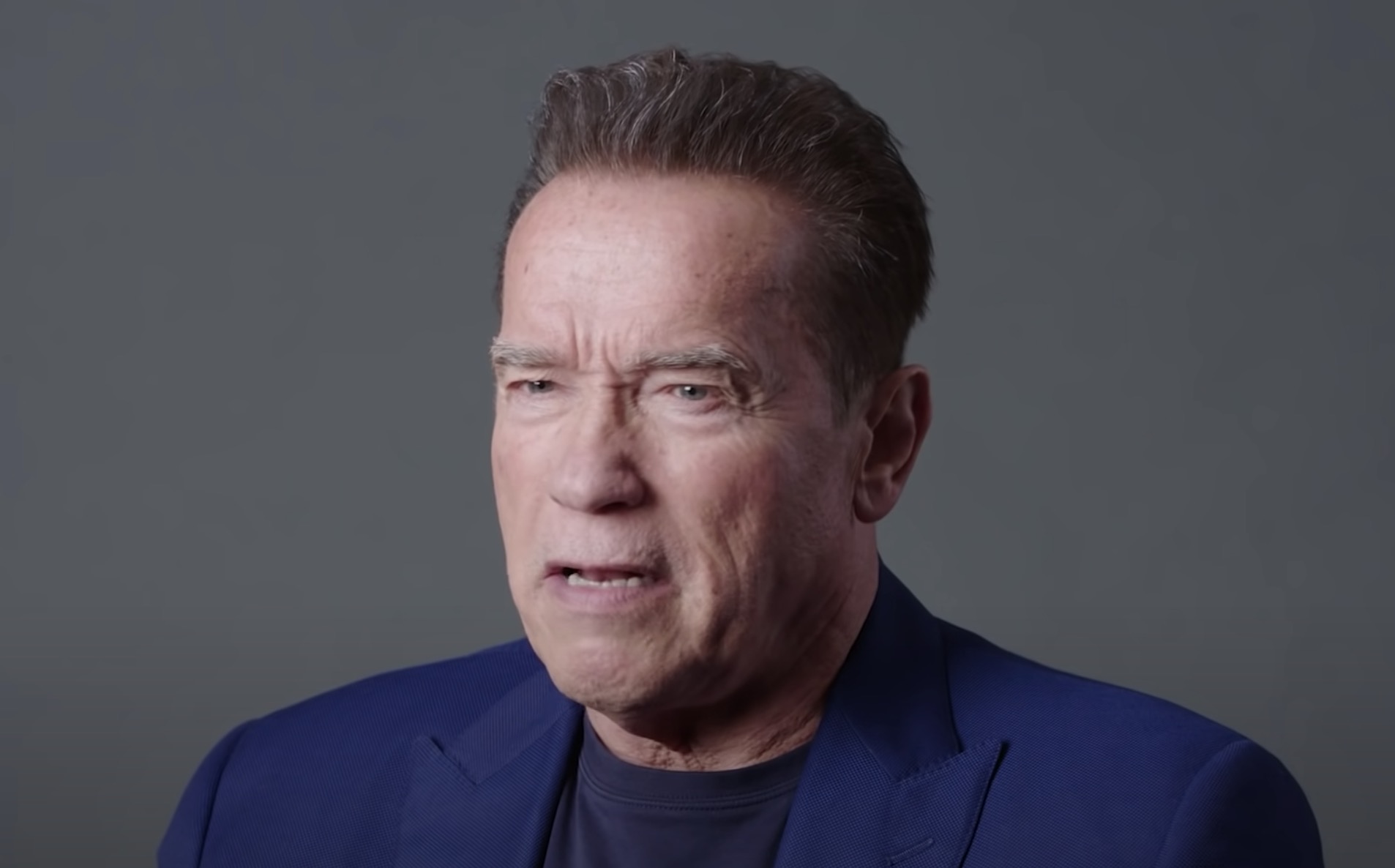 Arnold Schwarzenegger has some strong words for Americans who are frustrated by lockdowns, vaccine mandates, mask requirements, and other coronavirus rules.

“Screw your freedom,” the former governor of California said.

During the discussion, Schwarzenegger made a number of troublesome remarks.

Schwarzenegger also expressed his relief that Trump was defeated by Biden in 2020.

Then, speaking about coronavirus, Schwarzenegger said, “There is a virus here. It kills people, and the only way we prevent it is to get vaccinated, to wear masks, do social distancing, washing your hands all the time and not just to think about, ‘Well, my freedom is being kind of disturbed here.’ No, screw your freedom.”

Schwarzenegger added, “Because with freedom comes obligations and responsibilities.”

“We cannot just say, ‘I have the right to do X, Y and Z.’ When you affect other people, that is when it gets serious.”

Schwarzenegger managed to compare the refusal to wear a mask to running a red light because both actions could kill someone, he argued.

“Yeah, you have the freedom to wear no mask, but you know something: You’re a schmuck for not wearing a mask because you’re … supposed to protect your fellow members around you. It’s just that simple.”

Yesterday while I was talking with @AVindman

Advertisement
and @biannagolodryga about Alex’s new book, I was asked about my comment about COVID misinformation that all of you are sharing. Here was my answer: pic.twitter.com/8LKhPIJ1Eu

These comments immediately backfired on Schwarzenegger. He was quickly reminded about his past, including how his own father was a member of the Nazi Party. Human Events editor Jack Posobiec as well as a fact-check by Newsweek confirmed this information.

Arnold Schwarzenegger says, “screw your freedom.” Turns out his Dad was a Nazi too. pic.twitter.com/t9Z1hTELTI

Newsweek published a fact check on that question Thursday and concluded: “Gustav Schwarzenegger was a Nazi Sergeant, having risen to the rank of master sergeant with the Feldgendarmerie, the military police wing of the Nazis, during the war.”

Gustav Schwarzenegger, a police officer and postal inspector, raised his family in the small village of Thal, Austria, according to Newsweek.

The elder Schwarzenegger had applied for party membership in 1938 and was “accepted three years later in 1941,” the report said. The investigation did not find evidence that linked Gustav Schwarzenegger to the “Sturmabteilung (SA) or the Schutzstaffel (SS).”

Prior to Arnold Schwarzenegger’s 2003 gubernatorial run, however, the Los Angeles Times unearthed “documents in the Austrian State Archives in Vienna” that revealed his father had joined the SA on May 1, 1939, which the fact check pointed out was just six months before the infamous Kristallnacht.

Newsweek also reported that Gustav Schwarzenegger “served in the Unified Armed Forces of the Nazi Party, known as the Wehrmacht, and fought in some of the most brutal theaters of the war including the invasions of Poland and France as well as the siege of Leningrad.”

Moreover, it said, “Holocaust scholar Michael Berenbaum noted that Gustav appeared to have been ‘in the thick of the battle during the most difficult times’ in conflicts where some of ‘most horrific military and nonmilitary killings’ took place.”

Schwarzenegger has considered himself a Republican since the late 1960s when he arrived in America.

Schwarzenegger said he heard Democrats speaking about “things that sounded like socialism” while he gravitated toward Republicans who were talking about “free enterprise, getting the government off your back, lowering the taxes and strengthening the military.”

Referring to President Nixon, Schwarzenegger explained, “I said to my friend, I said, ‘What party is he?’” His friend said that Nixon was a Republican.