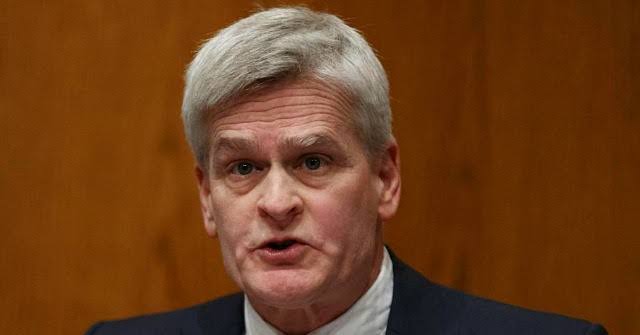 Anchor Dana Bash said, “Some governors, like Ron DeSantis in Florida, Greg Abbott in Texas, they’re blocking imposing restrictions like mask mandates. The virus is surging in those states, as in yours. You are a doctor. You are an official. shouldn’t local officials be allowed to make mask mandates?”

Cassidy said, “I’m a conservative. You govern best when you govern closest to the people being governed. If a local community is having — their ICU is full, and people at the local schools see they’ve got to make sure they stay open because otherwise children will miss out for another year of school and they put in policies, then the local official should be listened to. That is a conservative principle.”

Cassidy said, “I do disagree with Governor DeSantis. Local officials should have control here. I don’t want top-down from Washington, DC. I don’t want top-down from a governor’s office. Sometimes in cases of national defense, things like that, but if my hospitals are full, vaccination rate is low, and infection rate is going crazy, local officials should be allowed to make those decisions.”

Bash said, “Is he playing politics with this?”

Cassidy said, “I try not to guess other people’s motives. Politicians should not kind of cart blanche accept what they say, but there has to be a balance here. Whenever politicians mess with public health, it doesn’t usually work out well for public health, and ultimate ultimately doesn’t work out for the politician, public health suffers, and the American people want public health.”