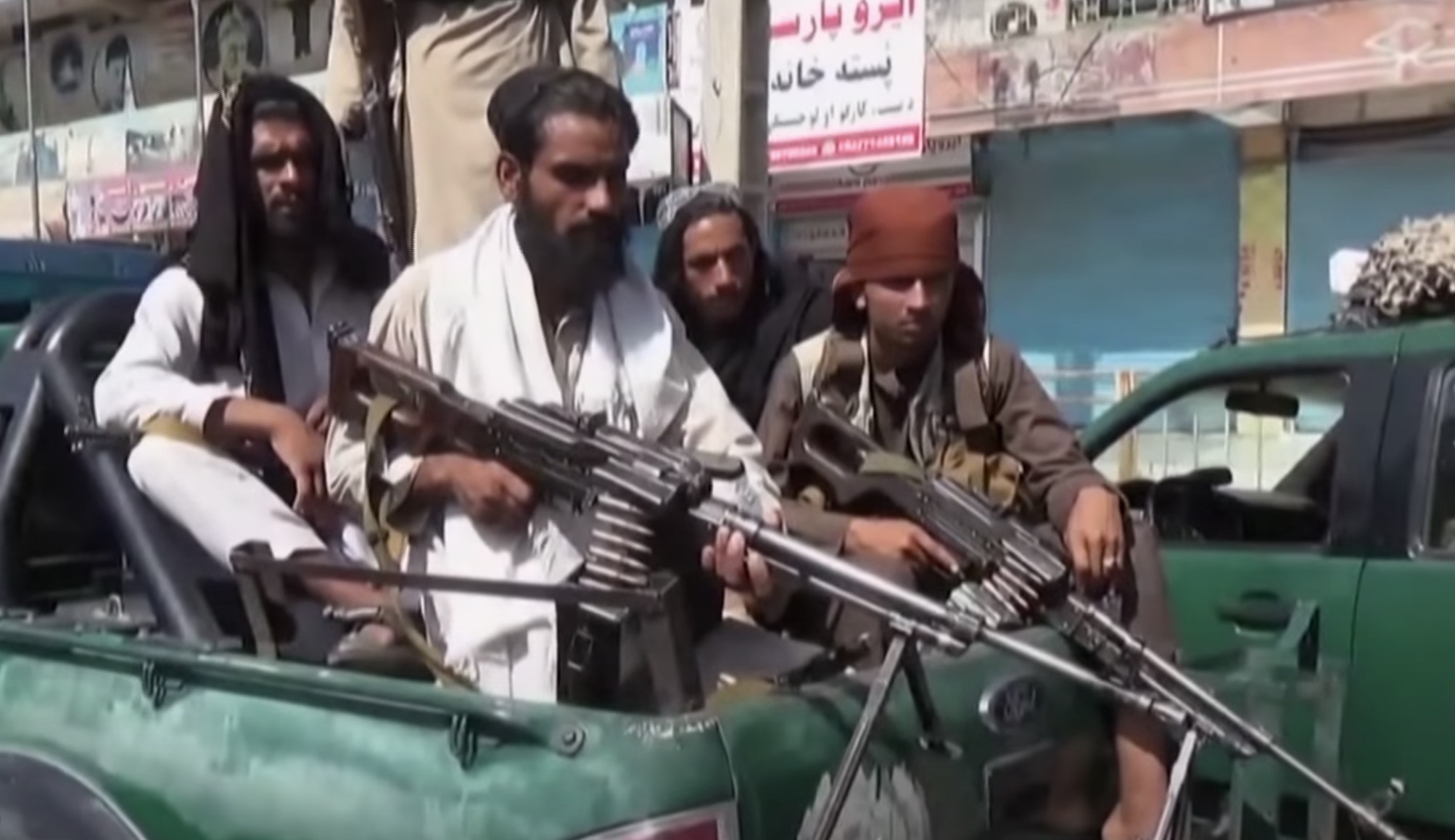 A disturbing report reveals what the Taliban is doing at the Kabul airport.

The Taliban is expanding their blockade of the airport and preventing Westerners from getting to Kabul airport.

Why is the Taliban forcing people to stay inside the country? Well, video footage has surfaced of the Taliban waving guns and chanting “Death to America.”

It’s a fact that the Taliban has set up checkpoints surrounding the airport. They are even beating people attempting to reach the airport.

The U.S. Secretary of Defense Lloyd Austin has told members of the House of Representatives that Americans are being beaten by the Taliban in Kabul.

The Biden administration has taken the Taliban at its word because they have assured coalition forces that foreigners would be allowed access to evacuation flights.

The only problem is that the Taliban is notoriously known as a terrorist group and they are lying.

Joe Biden has proven himself to be too weak and incompetent to face the Taliban. Named the “Surrender-In-Chief”, Biden has been widely mocked and ridiculed by Americans.

Private flights, being organized to bypass the Biden administration’s pullout, are also facing “growing obstacles,” according to The Wall Street Journal, and chartered planes, designed to rescue Americans and their allies trapped in Kabul are “flying out of Kabul with hundreds of empty seats.”

On Tuesday, the Taliban “issued an edict saying only foreigners will be able to access the airport for evacuation,” the Daily Mail reported. “A spokesperson for the group ordered locals to return home. Roads in the city have been blocked in a bid to stop Afghans from leaving.”

Those blockades, the Mail noted, based on a Politico report, are catching not just Afghans “but American citizens,” and halting evacuation efforts. Groups coordinating evacuations have found themselves needing to redirect people “on the fly.”

“New Taliban checkpoints on the road to Pakistan have made driving out of the country increasingly risky,” the Wall Street Journal continued. “Confusing bureaucratic hurdles have prevented countless people from leaving Afghanistan.”

The Washington Post’s editorial board noted Wednesday that “there may be only three or four days left for the gigantic airlift currently underway, because time must be left to fly out U.S. and other troops securing the airport themselves. Indeed, some troops have started leaving already.”

“Meanwhile,” however, the Post said, “the Taliban set up a new blockade of the airport road in Kabul to prevent more Afghans from leaving.”

“If Mr. Biden opposes that, he did not say so in his speech,” The Washington Post editorial board pointed out. “Mr. Biden, in short, has accepted a series of conditions that seems to make it much more difficult to keep the promises of evacuation he has made or strongly implied.”

“It’s a combination of tragic, surreal and apocalyptic,” the Carter Center’s Conflict Resolution Program told The Wall Street Journal. “It’s so frustrating to get high-risk people up to the gate and have them risking their lives to go there and you still can’t get them through. It’s a disaster in slow- and fast-motion.”