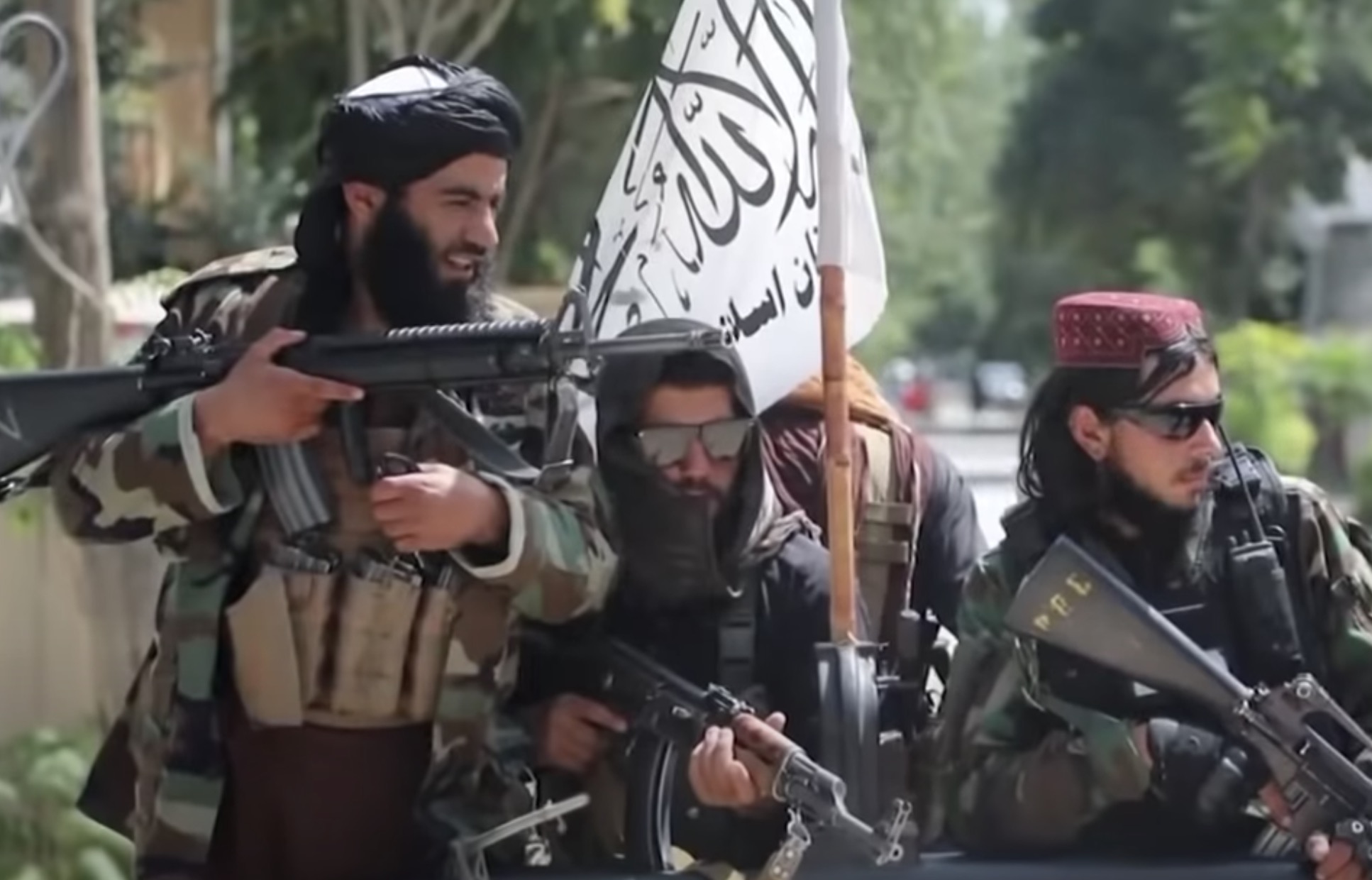 Despite a CNN reporter’s claim that the Taliban “seems friendly,” there are already reports circulating that they have begun to terrorize their own people in Afghanistan.

Videos have already surfaced showing the Taliban waving guns and chanting “Death to America.” Other reports say the Taliban is beating people who are on their way to the airport to attempt evacuating.

The Taliban is notoriously known for its long history of being extremely violent and crude — anything but “friendly.”

Now we are learning that Afghan Christians are fleeing to the mountains in a desperate attempt to escape the Taliban.

The Taliban terrorizes its own people by implementing Islamic law, which bans other religions like Christianity. The Bible is also banned under Islamic law.

Dr. Rex Rogers, who is president of the Christian nonprofit organization SAT-7 North America, said, “We’re hearing from reliable sources that the Taliban demand people’s phones, and if they find a downloaded Bible on your device, they will kill you immediately.”

Taliban fighters flooded the capital and they are smiling and victorious. They took over Kabul, which is a city of 6 million people in a matter of hours. They barely fired a shot.

The U.S. embassy was evacuated and the American flag was lowered. An untold number of Americans, as many as 15,000, remain trapped in the region.

An underground church partnered with Frontier Alliance International (FAI) has reported that the Taliban are targeting Christians for death.

The Taliban has a hit list of known Christians they are targeting to pursue and kill. The US Embassy is defunct and there is no longer a safe place for believers to take refuge. All borders to neighboring countries are closed and all flights to and from have been halted, with the exception of private planes. People are fleeing into the mountains looking for asylum. They are fully reliant on God, who is the only One who can and will protect them.

The Taliban are going door-to-door taking women and children. The people must mark their house with an “X” if they have a girl over 12 years old, so that the Taliban can take them. If they find a young girl and the house was not marked they will execute the entire family. If a married woman 25 years or older has been found, the Taliban promptly kill her husband, do whatever they want to her, and then sell her as a sex slave.

Husbands and fathers have given their wives and daughters guns and told them that when the Taliban come, they can choose to kill them or kill themselves—it is their choice.

Dr. Rex Rogers said, “It’s incredibly dangerous right now for Afghans to have anything Christian on their phones. The Taliban have spies and informants everywhere.”

“Because it’s so dangerous to seek the company of other Christians, many Afghan believers are totally alone, with not even one other Christian with whom to talk,” Rogers said. “Our local director told me: ‘Most dare not attend a house church. They’re alone, fearful, and looking to us. We’re their last resort.”

A member of the underground church in Afghanistan wept as he described the dire situation.

The Afghan Christain says in the video: “We are unable to control our emotions because we’ve worked so hard for 20 years,” the man said, whose grief was apparent despite his blurred face and disguised voice. “All of our work over the past 20 years has been lost overnight. Only God understands how much pain we have and how broken our hearts are. We are not crying out of fear, but because our hearts ache for our beautiful country. It has now been destroyed by this savage and extremist group.”

“The whole world has abandoned us,” the man added. “We are not leaving the field, we will fight harder and will continue in God’s work.”

“I’m sorry I cried and became emotional,” he said. “My heart hurts.”

“There is no question this whole withdrawal has been grossly mishandled, and for a rare moment in time people on both sides of the political aisle are in agreement on this,” Pastor Greg Laurie of Harvest Christian Fellowship said in a statement.

“I would ask that we all specifically remember to pray for our Christian brothers and sisters in Afghanistan right now. A relief organization working in the region is warning of an increase in attacks on Christians across Afghanistan. They said, ‘Anyone identified as a Christian could be killed for their faith, and that they risk betrayal or falling victim to an honor killing by their own family members.’”

A Taliban commander has told CNN that “everything is under control” and “will be fine.”

“‘America already spent enough time in Afghanistan,’” the Taliban commander said. “‘They need to leave,’ he tells us. ‘They already lost lots of lives and lots of money.’”