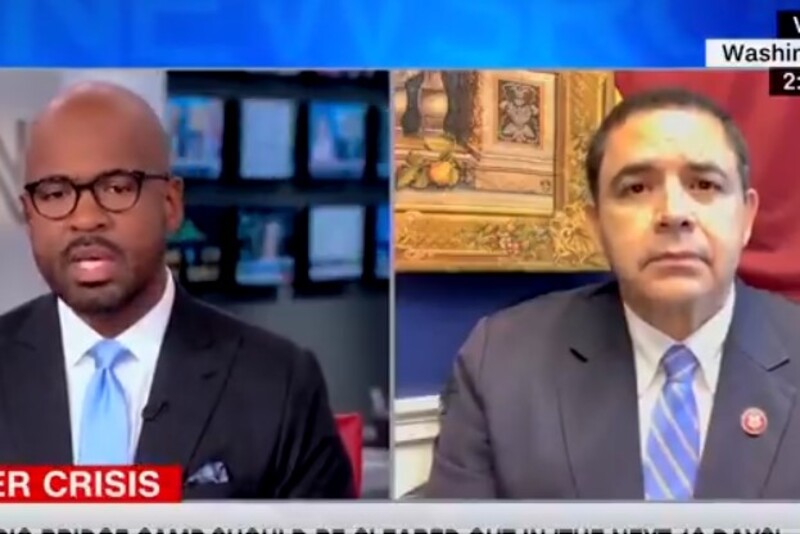 Texas Democrat @RepCuellar corrects CNN host who’s upset about border agents on horseback: “The picture you’re talking about, at least the one I have seen, is the rein, the rein of the horse … What are they supposed to do, just stand there and let everybody come in?” pic.twitter.com/csFE4gwkTm

On Tuesday, Cuellar appeared on “CNN Newsroom” to discuss the ongoing border crisis as well as the viral images of Border Patrol agents on horses apprehending Haitian migrants that were crossing the border illegally.

“Let me ask you about some of the images we’re seeing of border guards on horseback chasing or charging migrants on these horses. At least one appears to use what looks like a rope or a lasso,” Blackwell said.

Cuellar quickly emphasized that the border agents did not carry any whips or lassos while interacting with the migrants.

“Certainly, we got to make sure we treat all the immigrants with respect and dignity, but I will say this. Border Patrol has had those horse brigades for a while. They’ve had them for a while, number one. Number two, they don’t carry whips, and they do not carry lassos.

“Should those be used, even if it is a rein?” Blackwell asked.

“If there was a problem, it should be investigated, and I think that’s it. But we cannot paint the Border Patrol with the same type of paintbrush. What are they supposed to do, just stand there and let everybody come in? They’re supposed to be enforcing the law,” Cuellar answered. … (Read more)