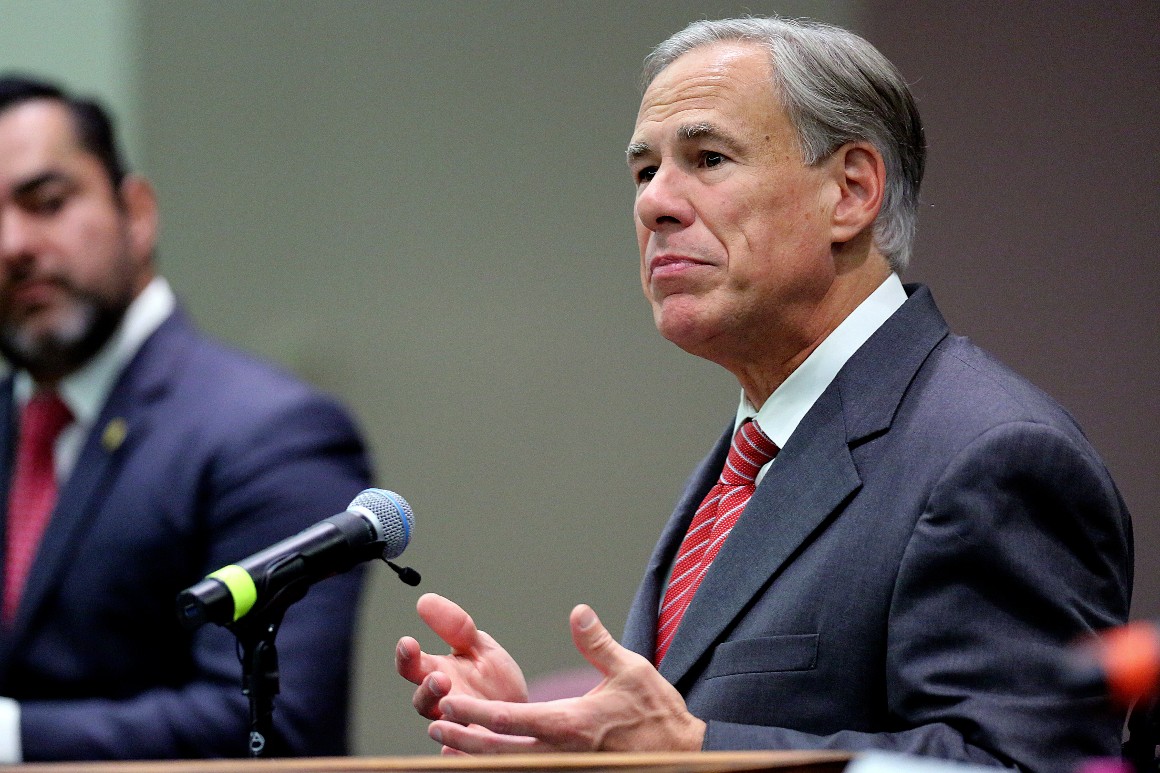 This year, the state was one of the first to reverse mask mandates and block local Covid-19 vaccine requirements. In the summer, Democratic state lawmakers fled Texas for a month to delay GOP voting legislation, which passed shortly after they returned. Laws that allowed carrying a gun without a permit, penalized reducing police budgets in large cities and limited discussion of systemic racism in classrooms went into effect on Sept. 1.

And other times, big events in Texas took center stage: A massive winter storm exposed the state’s weak energy infrastructure in February, and Texas’ southern border has been at the front of this month’s national news.

Even for a big state, Texas has seen an outsized amount of political attention as conservatives try to break new ground, expanding on decades of GOP control and a national political environment that tilts toward Republicans. Two more key trends are also behind the attention-grabbing policy drive: The Republican governor is preparing to face primary challengers in his 2022 reelection race and potential presidential run, while conflicts are mushrooming between diverse, liberal cities and the Republican-dominated state government — mirroring the same tensions animating national politics.

“You put all those things together, and I think there’s been basically no lane markers for Republicans in this session,” said James Henson, director of the Texas Politics Project, which conducts public opinion polling in the state. “They’re very confident about the 2022 election given recent precedents and… a Democrat in the White House, so there have been no natural checks.”

Former President Donald Trump’s influence still looms large in the state’s politics — as seen in his open letter to GOP Gov. Greg Abbott last week. Trump demanded the state legislature pass House Bill 16, which would allow state officials to request an electoral audit for future elections as well as for 2020.

Despite Trump’s nearly 6-point win over Biden in Texas last year, the secretary of State’s office soon announced a “full and comprehensive forensic audit” of Collin, Dallas and Tarrant counties in the Dallas-Fort Worth area, as well as Houston’s Harris County. The release did not provide any details but said the agency expects the state legislature to fund the effort.

Former Texas Secretary of State Ruth Hughs, who previously called the 2020 election “smooth and secure,” resigned in May when the state Senate did not take up her nomination. The Texas secretary of State’s office is currently helmed by a former Abbott staffer on an interim basis.

“There are audits of every aspect of government,” Abbott said when asked about the potential waste of taxpayer money. “Why do we audit everything in this world, but people raise their hands in concern when we audit elections, which is fundamental to our democracy?”

But the top executives in three of the four counties have called the move unnecessary: “It’s time to move on,” Republican Tarrant County Judge Glen Whitley told the Texas Tribune

After thousands of Haitian migrants fled to Del Rio this month, Abbott directed hundreds of state troopers and Texas National Guard members to create a “steel wall” with patrol vehicles to prevent more people from entering the country. The state has budgeted more than $3 billion over the next two years on border security, adding nearly $2 billion of that funding earlier this month.

“Because the Biden administration is refusing to do its duty to enforce the laws of the United States, they have left Texas in no position other than for us to step up and do what we have to do,” Abbott said of his decision to forcibly stop and imprison migrants this month.

“As much as these issues are in the national news, they’re very, very local,” said GOP state Rep. James White. The national attention after the recent border struggles, for example, could “move the discussion where we need it. … Maybe it moves [Biden] to really pick up his game.”

The past few months have also stirred up new engagement among Democrats, said Democratic state Rep. Ron Reynolds, one of the more than 50 lawmakers who walked out of the first special session in July to meet with federal lawmakers in Washington.

The scale of conservative policies has been a “game changer” for Democratic state Rep. Erin Zwiener’s constituents, she said. Legislation like Senate Bill 8, which allows virtually anyone to sue someone who had assisted with an abortion after six weeks, didn’t get as much fanfare during the regular legislative session this year because of the baseline confidence in Roe v. Wade.

Her district’s mix of suburban and rural constituents didn’t think they needed to vote on issues like those, Zwiener added. The onslaught of agenda items about gun control, voter rights and other Abbott priorities didn’t help, she said.

“It’s hard for anybody to decide what to pay attention to when there’s a new crisis every day,” the state representative said. “People just had a hard time keeping up with which thing they should be angry about that day.”

As for the governor’s seat, many in the state are still skeptical of the possibility of ousting Abbott, especially since assumed candidate Beto O’Rourke hasn’t even made an announcement yet. Reynolds said if O’Rourke maintains a centrist message, he could be in a good position to win over vulnerable moderates and independents that are increasingly disappointed in Abbott’s performance.

While some Democrats in the state are cautiously hopeful about a changing tide, Zwiener said it will take a much more concerted effort to prove Texas is more of a swing state than others assume.

“Democrats have been out-organized by Republicans, and we’re not going to start to win and win sustainably until we match them for that organizing and think beyond the next election,” Zwiener said.