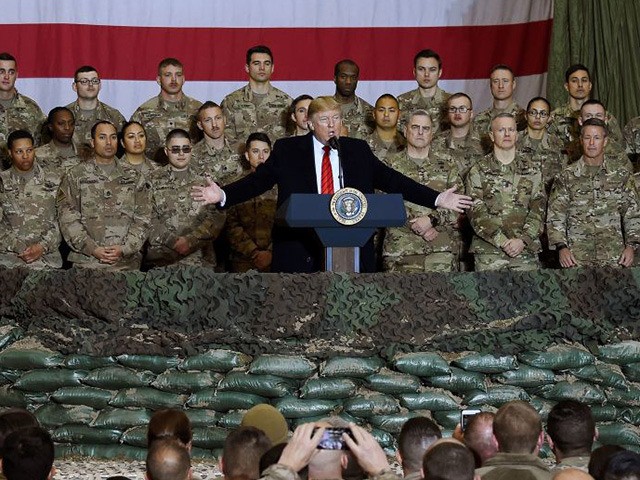 Former President Donald Trump slammed President Joe Biden in a statement Saturday night, saying that “Biden gets it wrong every time on foreign policy,” and because of that, the Taliban no longer fears or respects America.

Trump said in his statement that “everyone knew” that Biden would not have done a good job under pressure, and in addition, Biden has gotten it wrong whenever it comes to making foreign policy decisions.

The former president also mentioned, “Even Obama’s Secretary of Defense, Robert Gates, said as much.” He noted that Biden “ran out of Afganistan instead of following the plan our Administration left for him.”

The “plan that protected our people and our property, and ensured the Taliban would never dream of taking our Embassy or providing a base for new attacks against America. The withdrawal would be guided by facts on the ground.”

Trump also criticized Biden by talking about what he did as president to set up deterrents after defeating ISIS. Trump said, “After I took out ISIS, I established a credible deterrent.” He added, “That deterrent is now gone.”

“The Taliban no longer has fear or respect for America or America’s power,” he continued.

Trump finished his statement by mentioning, “What a disgrace it will be when the Taliban raises their flag over America’s Embassy in Kabul,” noting that “this is [a] complete failure through weakness, incompetence, and total strategic incoherence.”

U.S. service members walk off a helicopter on the runway at Camp Bost on September 11, 2017 in Helmand Province, Afghanistan. (Andrew Renneisen/Getty Images)

Biden announced on Saturday morning that he decided to send 5,000 American troops to Afghanistan to help ensure the safe evacuation of American personnel.

All of the American officials who were stationed in Afghanistan were told to evacuate the embassy in Kabul in addition to destroying any sensitive information and equipment they have.

Since the American troops left Afganistan, reports show that the Taliban terrorists started to use weapons and tools the Americans supplied the government to protect themselves with, which they used to take over a string of cities in about a 12 hour time span.

“Some of that weaponry is now being brazenly paraded ahead of the US troops’ 9/11 withdrawal deadline by insurgents who have maintained ties with Al Qaeda, the group behind the 2001 terror attacks,” France24 reported.