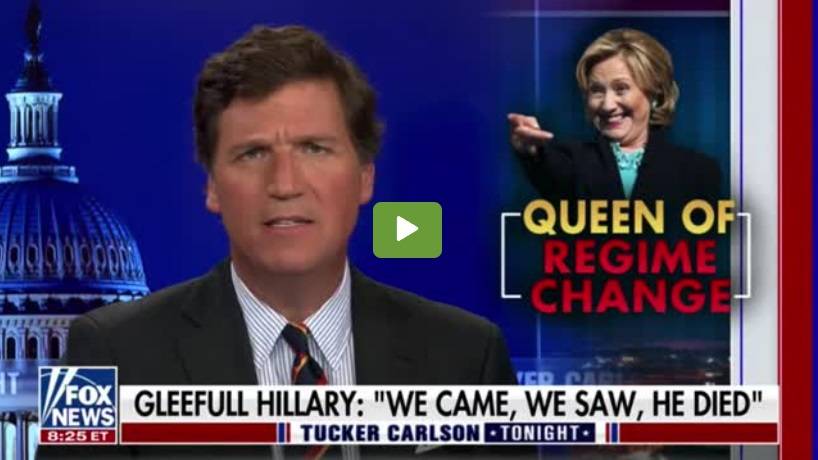 Tucker is right. Hillary is a despicable human being;

She is Carol Baskin with a pants suit. There is no human emotion when she speaks and laughter is forced and awkward. I assume we will never know what it looks like when Hillary tells the truth because she will never be held accountable for her treachery against America;

Putin has the goods on all of these criminals and what they were up to with all those biolabs…;

Who allowed 20% of US Uranium to be sold to a Putin Co?….Whose husband got $500k from the Sokoloff Inst for a speech?..this Inst was called a Front for Putin to gain military Tech by the FBI and US Army….Who Hates the American Deplorables with a seething passion?…..Well fans, thats the Treasonous BOS ,Hillary ….;

Hmmm , we thought Trudeau was just some goof that was going to get weed legalized for us…They thought Biden was a moderate. Ukraine thought the comedian was a safe choice. Well mfers YOU were ALL wrong. Try again shit for brains….: Viewers’ Comments.