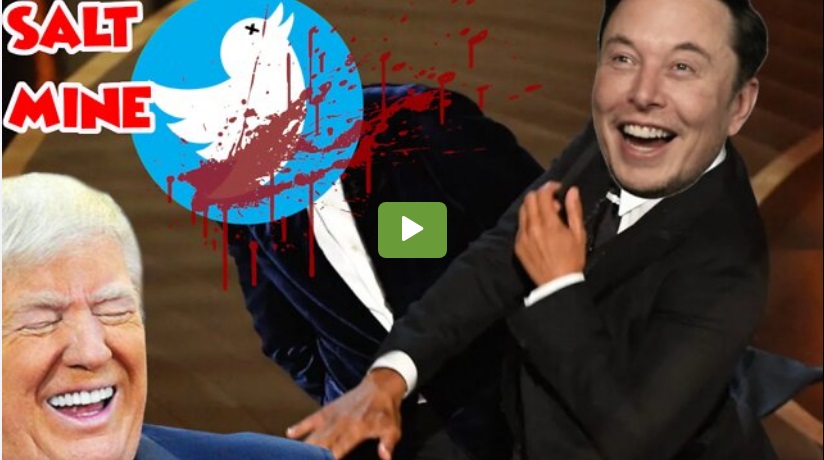 I swear I’m starting to think Elon watches salty. who knows you might be him in disguise;

Exactly that’s why Elon is taking up arms and waging this cultural/informational war against Twitter by owning 9 percent of shares;

oohhh it stings doesn’t it when we start shutting you down and censoring you. just like how yall would be in your safe little Twitter bubble(which is not reality by the way);

Pendejo, any time you buy 9% of a stock’s float the price has to go up. And should he sell it will drop lower than it started. Set your stop-loss stupid!;

When you’re “triggered” by free speech, you’re the bad guy;

The only thing these Leftards need to make them feel better is a couple of Coof shots every month or so. Maybe once a week;

Just wait until he fires their anti-American, anti-first amendment immigrant boss and reinstates Trump’s Twitter account. It will be fun to watch their little heads explode…..: Viewers’ Comments.