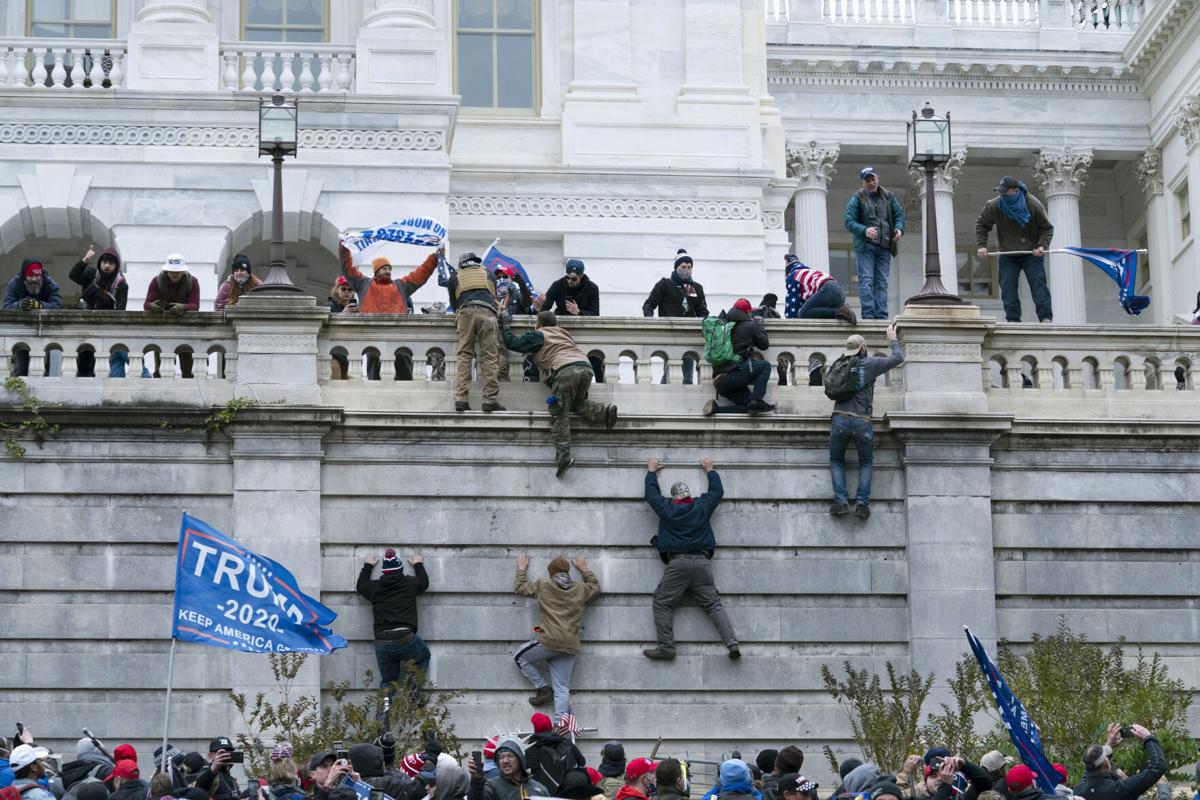 SEATTLE (AP) — Two Seattle police officers who were in Washington, D.C., during the Jan. 6 insurrection were illegally trespassing on Capitol grounds while rioters stormed the building, but they lied about their actions, a police watchdog said in a report released Thursday.

“They were both standing in the immediate vicinity of the Capitol Building in direct view of rioters lining the steps and climbing the walls,” the Office of Police Accountability said in its report, citing video evidence. “OPA finds it unbelievable that they could think that this behavior was not illegal, contrary to their claims at their OPA interviews.”

After the release of the OPA report, Chief Adrian Diaz said he will hold accountable any Seattle Police Department officer involved in the insurrection, including disciplinary action up to and including termination. He said he would make a decision within 30 days.

The four officers who were cleared by the OPA are on active duty, but the two found to have violated the law and policy have been placed on administrative leave, police spokesperson Valerie Carson said.

The OPA Discipline Committee, which includes the officers’ chains of command, employment counsel and OPA Director Andrew Myerberg, recommended that the two officers be terminated.

The two were among a group of six Seattle officers who traveled to D.C. to attend President Donald Trump’s “Stop the Steal” rally. Their trip became public after one of the officers posted a photo on Facebook of herself and a former officer at the demonstration. Four other officers later admitted that they were in D.C. on Jan. 6, too, but they said they had not participated in the riot.

The Office of Police Accountability launched an investigation to determine whether the officers violated the law or department policy. Their names have not been released because of contract restrictions with the City of Seattle. The officers also filed a lawsuit that sought to keep their names withheld from public records requests. That case is being appealed to the Washington Supreme Court.

The officers told investigators that they went to the Capitol to support Trump and hear him speak. Most said that they went back to their hotel after the rally and learned about the insurrection on the news.

“Their participation in activities intended to undermine the lawful and legitimate results of our electoral system and diminish the integrity of our democracy, is unacceptable,” she said in a statement. “Additi onally, there should be disciplinary action and accountability for the four other officers who participated in the reprehensible events on January 6.”

The first officer, a man, said he and the other officer, a woman, left the rally and decided to go to the Capitol “because President Trump had asked people to be there.” He said he was exercising his First Amendment rights and was supporting “a free and fair election.”

The female officer said, while at the Capitol, she saw people “peacefully standing on the lawn and around the building” but couldn’t see the Capitol steps.

But the FBI provided OPA investigators with three still photographs taken from a video of the two officers on the side of the Capitol as rioters were climbing scaffolding and surrounding the building.

While shooting the video, the officers were standing in an area that was clearly marked off limits.

“While they smiled and looked at the Capitol Building, as captured by the video stills, rioters defiled the seat of American democracy and assaulted numerous fellow officers,” the OPA said. “That they, as SPD officers, were direct witnesses to the acts that were going on around them, including the scaling of the Capitol Building walls, but did and said nothing, compounds this.”

The video also undermines their claims that they didn’t know they were trespassing, the OPA report said.

“Not only were there signs posted in that area, but there were ongoing violent acts, the use of less-lethal tools by law enforcement officers, and multiple other signs that being in that location was inappropriate and impermissible,” the report said.

The activities of a third officer were more difficult to confirm, the OPA said. He said he was in the grassy area with the first two officers for about 15 minutes but left to get food. Investigators said it was possible he was trespassing, but they didn’t have video evidence.

“By the same token, OPA could not find evidence to exonerate this employee,” the report said. “Accordingly, OPA recommended a finding of not sustained — inconclusive.”

The investigation found that the other three officers did not violate the law or department policies.

“Absent any illegal acts, the officers’ presence at this rally was absolutely protected by the Constitution,” Myerberg said. “OPA found this to be the case even if the views held by the officers and expressed at the rally were contrary to the majority view in Seattle or, for that matter, the views held by Myerberg as the factual decider in this case.”