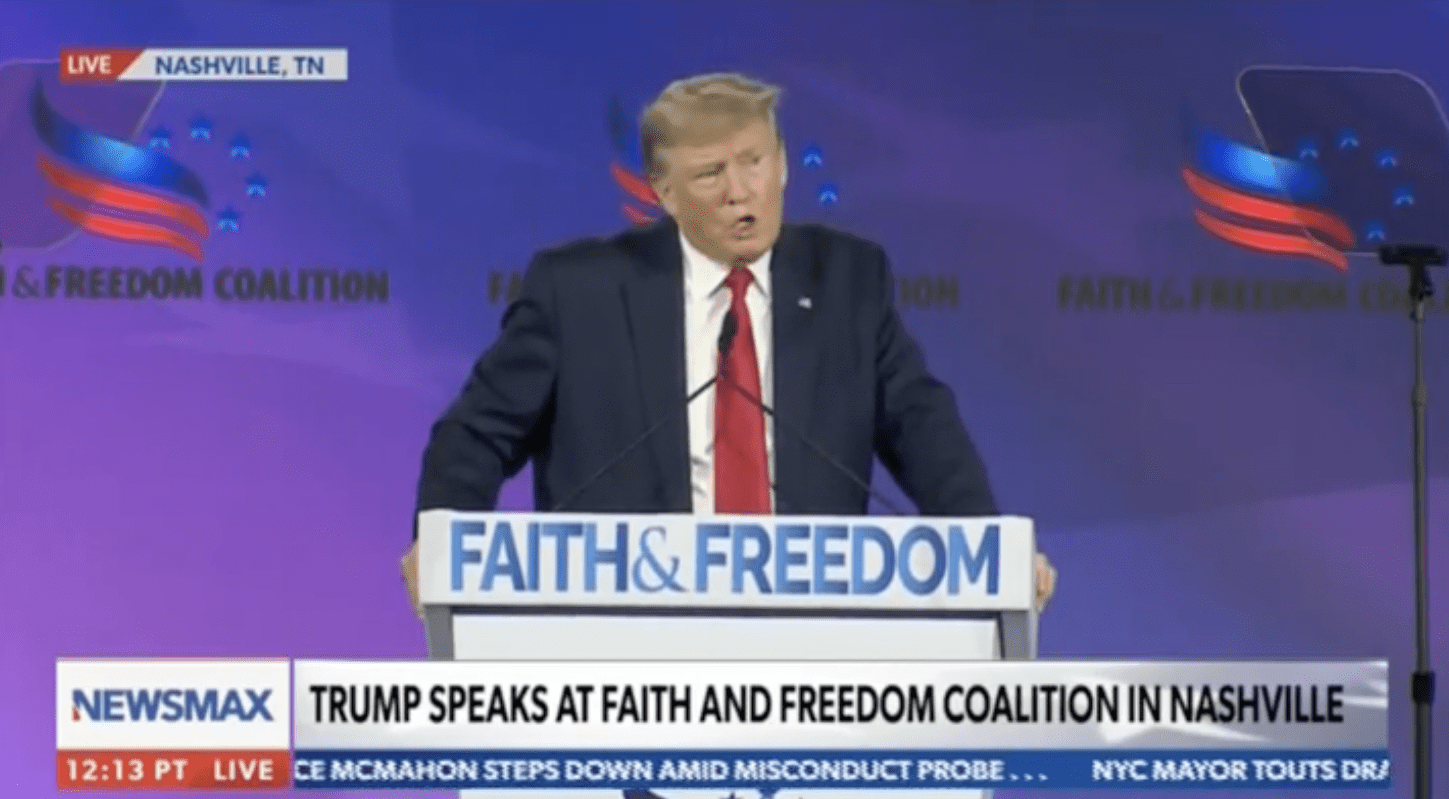 The former president addressed an audience for the annual Faith and Freedom Coalition conference.

At one point during remarks in which he railed against the Jan. 6 committee and claimed the 2020 election was “rigged,” he spoke about crowd sizes.

“They were there, and nobody ever mentions that, they never show it,” Trump said. “I have never seen it on television where they have a helicopter shot of Washington with numbers of, I won’t say it, because if I say it okay, I’ll get wiped out. You know, it’s very interesting. On July 4, I gave a speech two years ago at the Mall and it was the same Mall [where Martin Luther King Jr gave his speech].”