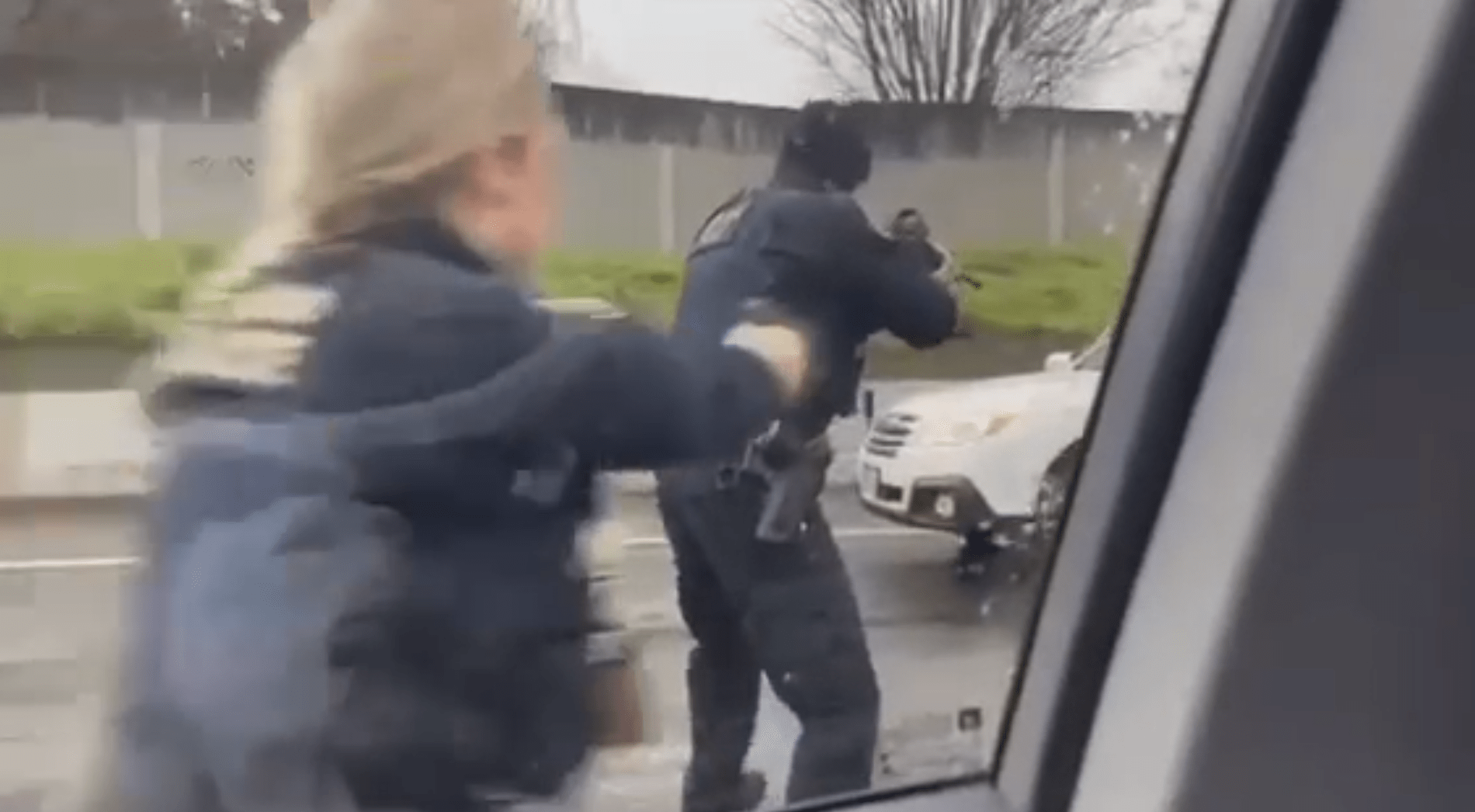 Update: Portland Police have released a press statement naming the deceased suspect as 30-year-old Brandon Keck. The woman who was carjacked and was treated in hospital for what was believed to be a gunshot injury was not actually injured by gunfire.

Shocking video captures the moment Portland Police officers shoot and kill a suspect who had injured a woman during a carjacking in Portland, Ore. on 6 Dec., 2021. As the suspect attempts to flee on the highway, the police shoot through the car window, striking him. Officer John Huges has been placed on administrative leave pending the investigation into his use of force. On social media, antifa and far-left accounts are furious the police killed the man.

Public safety is at an all-time low in Portland after the city defunded police last year and abolished the unit that deals with gun violence. (All this was done by the city council in the name of racial justice.) This year, the city surpassed its all-time record for murders.