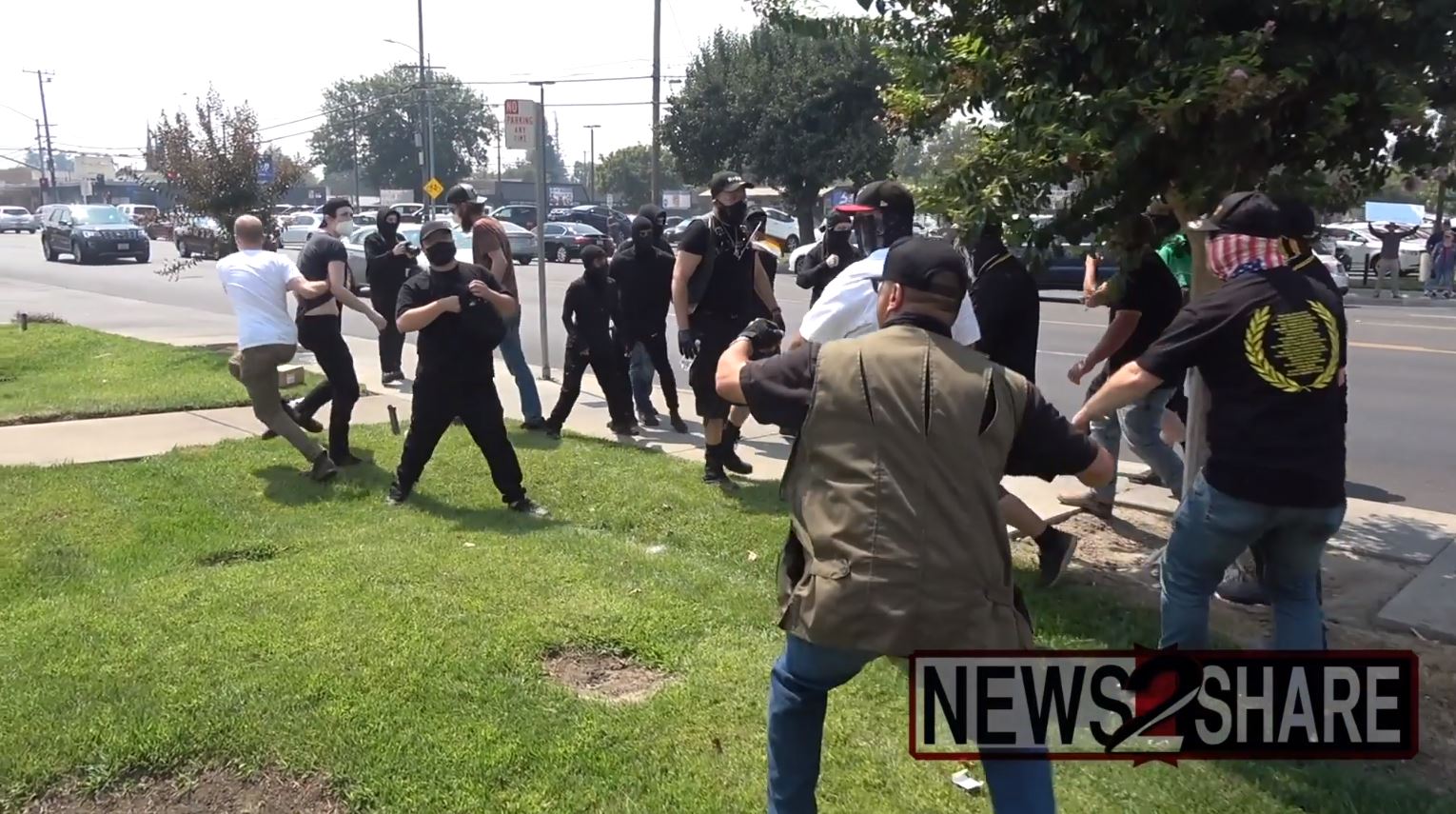 Police intervened in the fighting and cleared the area with a riot formation before arresting Proud Boy Jeffrey Perrine, who had been ousted from the Sacramento County Republican Party in February.