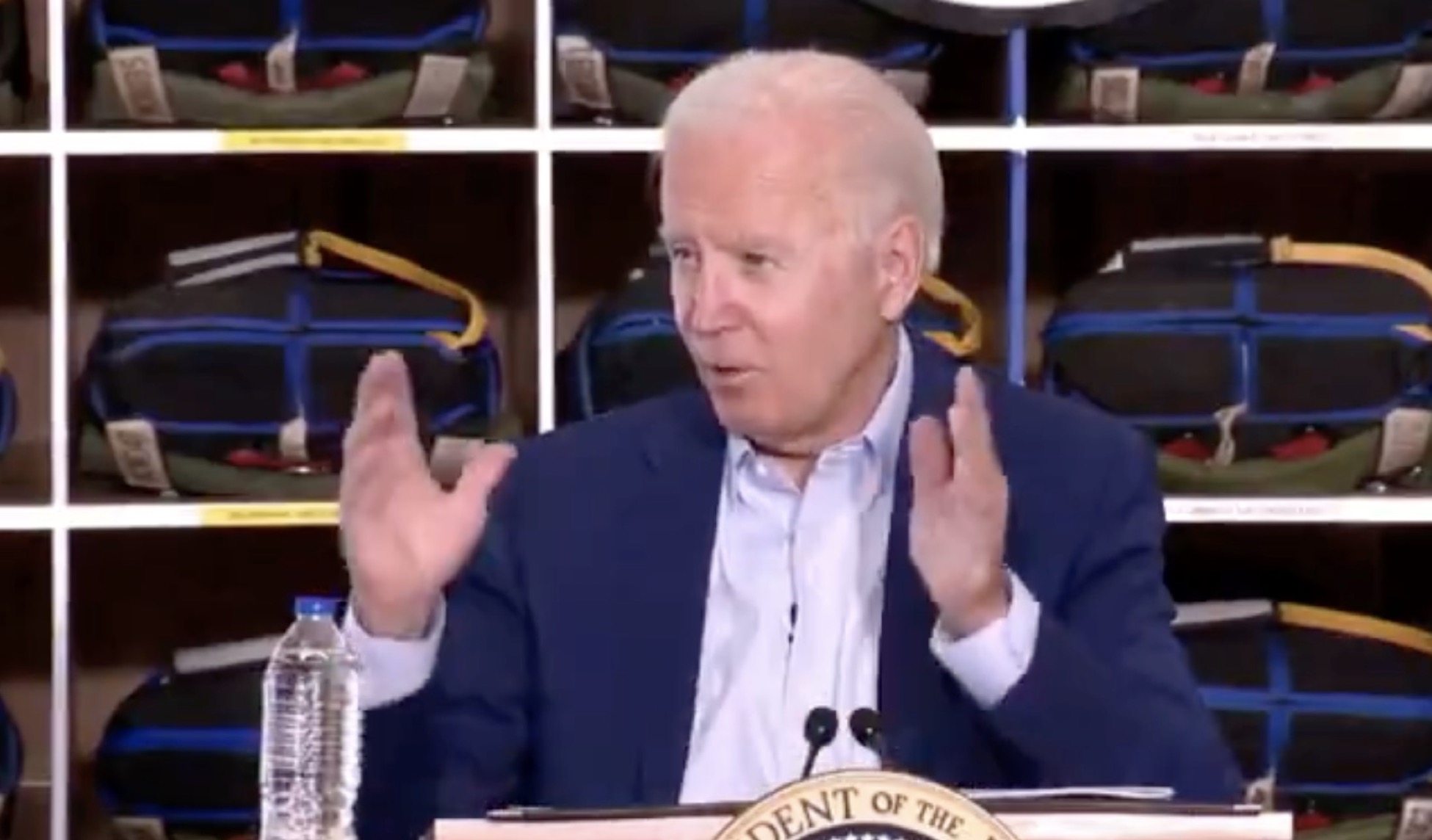 This certainly wouldn’t be the first time Joe Biden has lied to the American people.

During a visit to Idaho, Biden revealed that his “first job offer” came from Idaho-based lumber company Boise Cascade.

“I used to tell Frank Church this,” Biden said, referring to the late Democratic Sen. Frank Church who arguably the most famous politician in the state’s history.

“I got a — my first job offer, where I wanted — my wife, deceased wife and I wanted to move to Idaho because we — not a joke — it’s such a beautiful, beautiful state,” Biden said.

“And I interviewed for a job at Boise Cascade,” Biden said.

“And in the meantime, there was a war going on. Anyway. But the whole point was that I used to always kid Frank,” Biden said.

However, a spokeswoman for Boise Cascade is setting the record straight.

According to the New York Post, spokeswoman Lisa Tschampl says the company has “no record of President Biden’s application or of him having worked for the company.”

“We checked our system internally and nothing has turned up,” the spokeswoman for Boise Cascade said.

The NY Post also reported that a search of the exhaustive Nexis and Factiva databases didn’t turn up a single news clip where Biden had mentioned the company or the job offer before.

Biden’s 2007 memoir, “Promises to Keep,” also doesn’t mention Idaho or any connection to the state.

This doesn’t definitively prove that Biden has lied to the American people once again, but there’s certainly no evidence or proof to substantiate his claim.

Additionally, Biden has a tendency of using exaggeration and outright imagination when recalling past events.

Tschampl notes that Biden’s claim would have occurred over 50 years ago. “We had a diverse portfolio in the ’60s and early ’70s.”

Tschampl speculated, “So my guess is any records have been purged or transferred for the businesses/projects we are no longer involved in.”

“I would not want to speculate about what type of role he may have applied for in 1972. Today we are a wood products manufacturer and wholesale distributor of building materials,” she concluded.

The company told the @nypost they have “no record” of him. pic.twitter.com/hlXcHupJwl

I should note. Spokeswoman Lisa Tschampl told the Post that over the past 50 years, the company has dropped some aspects of its business, leading to the purging of some records.

Plus, there’s the most compelling piece of evidence: The fact the president’s anecdotes about himself have a history of being false…

Let’s not get into every known instance where Joe Biden got “limber,” because I’m not writing 100,000 words without a book contract and a sizable advance. Let’s just take two incidents where Biden’s memory of his own past has seemed a bit deliberately hazy.

Earlier this month, speaking with Jewish leaders before the high holidays, Biden claimed he’d visited a Pittsburgh synagogue that, in 2018, was the site of the single deadliest anti-Semitic hate crime in American history.

“And [hate has] been given too much oxygen in the last four, five, seven, 10 years, and it has seen itself, whether it was — I remember spending time at the — you know, going to the — you know, the Tree of Life synagogue, speaking with the — just — it just is amazing these things are happening, happening in America,” Biden said.

Except the synagogue’s executive director, Barb Feige, told the New York Post that wasn’t the case: “In a phone interview, Feige, executive director since July 2019, said firmly that ‘no’ Biden didn’t visit, even before taking office when he had a lower public profile as a former vice president and then-Democratic presidential candidate.”

The synagogue told the NY Post that he hasn’t visited in the three years since the attack.https://t.co/PkvVJZMVs9 pic.twitter.com/hmi7xSsFHW