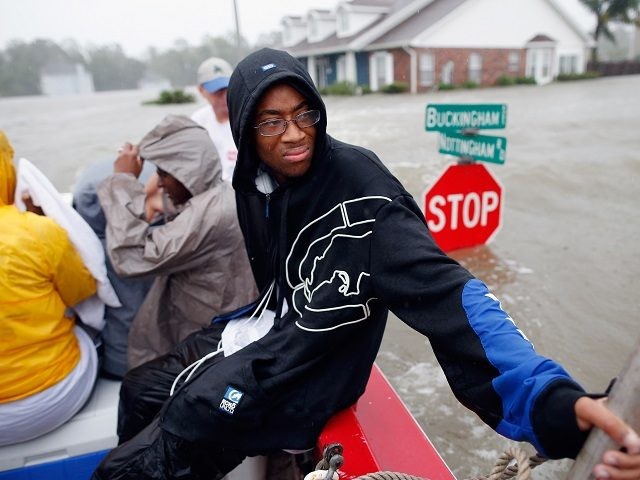 Residents of LaPlace, Louisiana, reportedly climbed into their attics as floodwaters rose Sunday night in the wake of Hurricane Ida. Many people cried out for rescues on social media.

Dozens of pleas for help rang out on social media as people reported family members in LaPlace being trapped in their attics. The area became flooded as Hurricane Ida dropped nearly 20 inches of rain

Anyone with a boat in LaPlace, I have family in their attic. 508 Fairway Dr. LaPlace, LA 70068 @CajunNavyRelief

@bangaaa6 3 friends trapped in an attic in Laplace, address above

Cries for help became more desperate as floodwaters rose throughout the night.

CAJUN NAVY NOT COMING TILL 5 TOMORROW MORNING , WE NEED HELP NOW THE WATER IS GETTING HIGHER PLZZZZZ CAN SOMEBODY PLZ COME HELP US

WDSU NBC6 reporter Aubry Killion interviewed a LaPlace woman who sent him photos of being trapped in her attic. She told the reporter she believed her house had three to five feet of water inside.

I just interviewed Tiffany Miller she is trapped in her attic in Laplace. This is unreal. She is located at 94 Bamboo Rd LaPlace LA 70068 @wdsu pic.twitter.com/Vhk1zdGAxW

“When we got in the attic, the water was right below my knees,” Miller told WDSU. “For the water to get that high in my house, the water outside needs to be at least waist-deep.”