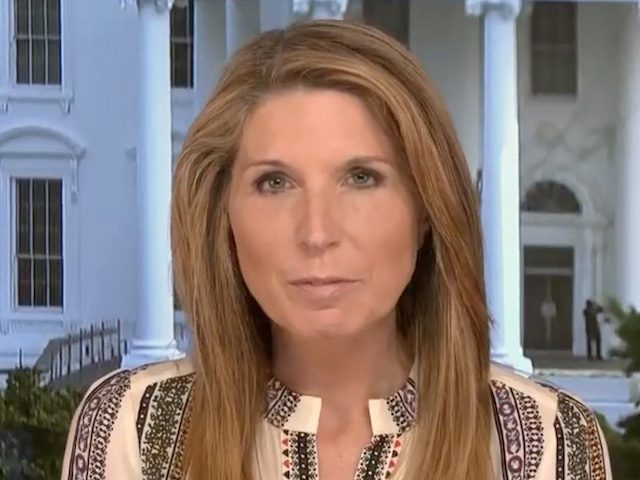 MSNBC anchor Nicolle Wallace said Wednesday on her show “Deadline” that former President Donald Trump was “inciting violent extremism” by meeting with the mother and husband of Ashli Babbitt, the rioter who an officer inside the Capitol fatally shot on January 6.

Wednesday after the meeting, Trump put out a statement saying Babbitt was “murdered at the hands of someone who should never have pulled the trigger of his gun,” adding, “We know who it is.”

Anchor Nicolle Wallace said, “On the ex-president’s statement. I have been grappling with how to cover it without amplifying it. The ex-president met with the mother, Ashley Babbitt. I want to ask you if you agree with Officer Hodges, who was one of the four Capitol police officers who testified before the 1/6 Select Committee investigating the insurrection that the insurrectionists were domestic terrorists.”

Taylor said, “You were there in the Bush years. Could you imagine that President Bush had met with either the widow or mother of a jihadist that had killed American troops or was trying to kill American troops? It would have been an absolute political scandal of epic proportions.”

Taylor concluded, “What this does is it leads to radicalization of more people who could potentially pose a threat because it legitimizes that sort of civil disorder and conduct.”