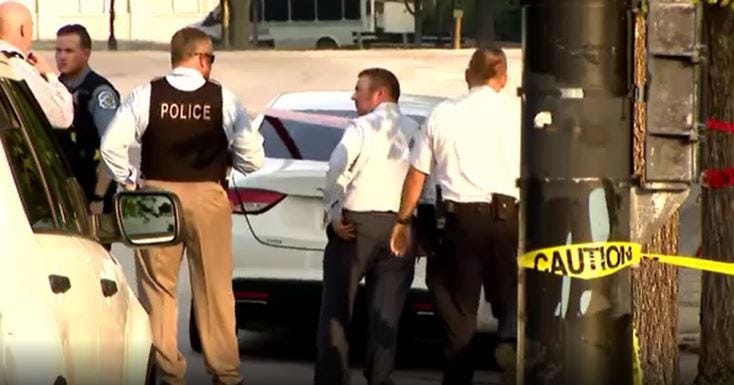 The shooting was reported about 6 a.m. near the 22nd District police station in the city’s Morgan Park neighborhood. The three were in an unmarked undercover vehicle on their way to an assignment when they were shot, Chicago police Superintendent David Brown told reporters.

Two of the officers were agents from the federal Bureau of Alcohol, Tobacco, Firearms and Explosives, and one was a Chicago officer, Brown said. Their injuries were not considered life-threatening.

No arrests have been reported. At a morning press briefing, Brown declined to talk about what the three undercover officers were working on and did not say whether the shooter or shooters knew that they were officers.

The shooting comes the same day as a scheduled visit to suburban Crystal Lake, Illinois, by President Joe Biden. Chicago Mayor Lori Lightfoot has said she plans to discuss gun control and the city’s violence when she meets with the president.

One of the ATF agents was shot in the hand and the other was struck in the torso, Brown said from outside a hospital where the officers were taken. He said the Chicago officer was struck on the back of his head but that “it appears to be a graze wound.”

The shootings come a day after police reported that 100 people were shot in Chicago — including two police officers who were wounded while trying to break up a crowd — over the long Fourth of July weekend.

With Wednesday’s shooting, 36 Chicago officers have been shot or shot at this year, Brown said.

The holiday weekend shootings included 18 homicides. The bloodshed was comparable to the long Fourth of July weekend last year, when 17 people were fatally shot and 70 more were wounded.